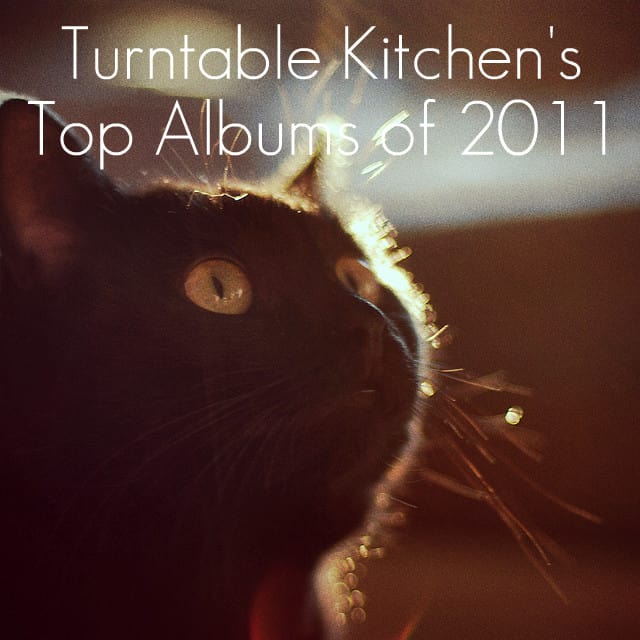 (full list of Top 30 Albums with MP3s below comments)

Although mainstream rock has grown boring, 2011 was a fine year for everyone else in pretty much all genres of music (including indie rock). So with that in mind, my list isn’t only a reflection of the best albums of the year, but a celebration of the diversity of great new music released this year.

For me there was no question that House of Balloons was my album of the year.  I listened to it more than any other album released during 2011, and I’ve been ending the year incessantly listening to his latest mixtape, Echoes of Silence (which was nearly as good as House of Balloons in my opinion, but only omitted because I dislike including two albums by the same artist). When considered abstractly, it is hard to believe this was my favorite album of the year.  After all, one of my favorite bands, Radiohead, released a new album. The two biggest superstars of hip hop, Jay-Z & Kanye West, teamed up for an album. And yet the most memorable album of the year was this free mixtape offered as an introduction to the salacious R&B of Toronto-based The Weeknd.

Of course it wasn’t the only great album released this year. If you want rock that is memorable and exciting, tUnE-yArDs’ w h o k i l l is certainly unique and hard to forget. If you’re a fan of beeps, bloops and and heavy bass (as opposed to guitars), James Blake‘s self-titled debut was a stunning and beautiful study of sparse electronica. It’s hard not to listen to “Wilhelms Scream” or his cover of Feist’s “Limit To Your Love” and not feel the hairs on your arms begin to stand on end.  Beirut’s The Rip Tide turned out to be a slow grower that gave back the more time you put into it. Fleet Foxes’ Helplessness Blues is a near masterpiece of lush, orchestral-folk.

Feist, who has long been one of TK’s favorite songwriters, unsurprisingly released the most mature and thoughtful album of the year. Widowspeak‘s debut record was a favorite for its smoky ambiance. Charles Bradley proved that you are never too old to release your debut album having brought back the old-school soul and funk with No Time For Dreaming (the man is in his 60s).  St. Vincent kept rock and roll abstract and cerebral without sacrificing the visceral edge that all rock should offer. And Girls continued to surprise fans with a grandiose rock record that exceeds everything they had done on their debut.

A couple of overachievers delivered, not one, but two great records this year: Motel Beds (Sunfried Dreams & Tango Boys) and Cass McCombs (Humor Risk and Wit’s End). If you wanted something new then you were probably pleased with the awesome debuts released by Mikal Cronin, Cults, Loch Lomond, Saintseneca, Gardens & Villa, and Other Lives. If you wanted some beats to keep things cool then Evenings, Clams Casino and Com Truise had your back. Similarly good hip hop was released by Drake, ASAP Rocky and Shabazz Palaces – (the Jay-Z & Kanye album gets honorable mention). Meanwhile, Radiohead, The Black Keys, The Decemberists, The Antlers and Washed Out padded their already impressive catalogs with excellent new music.

The bottom line is this: if you weren’t impressed with the music released in 2011, then you weren’t looking in the right places.  Honorable mentions go to M83, SBTRKT, Watch the Throne, White Denim, Steffaloo, Puro Instinct and Peaking Lights.