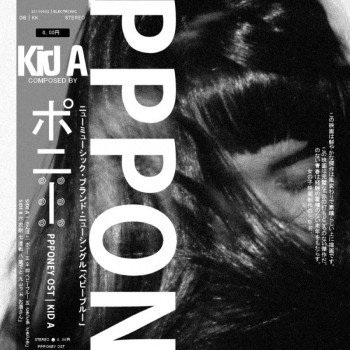 It is 2012. Honestly, when I think about that, my mind is blown. After all, I was raised in the 80’s when hearing Prince sing that “We’re going to party like it’s 1999” made me contemplate how mind-bending and bizarre parties would be in the far distant future. A future that came to be about 13 years ago now. So yeah, saying “the year twenty twelve” still feels like talking about a far off time that has yet to happen. Future sounding or not, it is when we are as I write this.

So I wonder what 1980’s Matthew would have thought of 2012. In some ways I think he would be unimpressed. After all, my perceptions of the future were primarily influenced by Back to the Future II. I still don’t have my hover board, a flying car or an instant-drying jacket like Marty McFly did. I won’t lie. I feel a little cheated. But then, I guess he did travel to the far-distant date of October 21, 2015.

And yet, there are many aspects of my daily life that would have seemed impossibly futuristic to my 1980’s self. For example, iPods/iPads, smartphones, Wi-Fi, Girl Talk-styled mash ups, industrial dance music, downloading music and movies from the Internet, fusion cuisine (remember I was raised in the suburbs of the Midwest), flat screen TVs, Twitter, high-res digital cameras, etc. The list could go on. And to be completely honest, as quaint as it may sound now, Kasey’s Japanese cuisine inspired Miso Salmon with Sesame Salt seems like a very contemporary dish for 2012. One that would have seemed foreign and futuristic to me in the 1980s. And thus, I think it is a perfect first post for the new year. Thus, I chose an appropriately contemporary electronic pop album blending Japanese and English lyrics that would have also seemed futuristic to me then: Kid A’s PPPoney.

Kid A is the project of one Anni T.  She makes hypnotically slow-grooving, ambiance-enhancing IDM. Her most recent release was PPPoney OST which feature several cuts of electro-accompanied Japanese spoken-word interspersed with clean, highly textured electro-pop jams. Highlights include the chopped, synthed-up vocals on the stuttering and rhythmic title-track “Ppponey” and the bleeping, bright-tones of “♀”.  The hip hop-inspired rhythm of “BB Bleu” is another highlight with its crisp, clipped groove underlining Anni’s feather-light vocals: “always tried to keep it real / too real for you.”

Don’t get me wrong. I’m not suggesting this is the most ahead of its time album released in the last few years. For example, this isn’t The XX or James Blake. However, it sounds sufficiently futuristic (from 1980’s Matt’s perspective) that it sounds like “right now” in 2012.

Download Ppponey via Bandcamp.  Then head back to the Kitchen for the recipe for Kasey’s Miso Salmon with Sesame Salt. 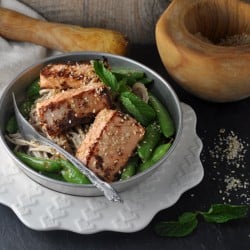