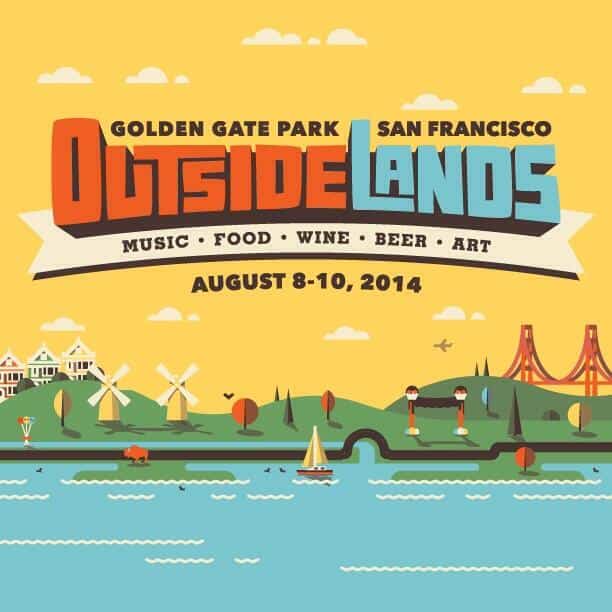 If you’re making a list of the best music festivals in the world, San Francisco’s Outside Lands must be considered. Not only has the festival previously hosted some of the greatest and most popular living artists in rock & hip hop (Radiohead, Paul McCartney, Stevie Wonder, Beck, Metallica, Nine Inch Nails, Nas, Al Green, Big Boi, Arcade Fire, The Black Keys, Jack White, Foo Fighters, etc), but it’s also set directly in the middle of beautiful Golden Gate Park.

Add to that the additions of Beer Lands (an area dedicated to, and serving up, delicious craft brews), Wine Lands (an area where you can taste some of California’s best wines), Chocolate Lands (anyone have a sweet tooth?), The Barbary Coast (want to watch Neil Patrick Harris do stand up during the middle of a music festival?), and a collection of some of the best foods San Francisco has to offer – and you have one of the most unique music festivals of all time.

Outside Lands returns to San Francisco this weekend and the lineup is as eclectic and exciting as ever.

For example, we’re excited to see no less than four artists that we’ve previously featured in the Pairings Box making their Outside Lands debut: Mikal Cronin, Local Natives, Typhoon, and Trails and Ways. We’re also incredibly excited to dance to Disclosure, rock out along with Dum Dum Girls and HAIM, and see indie rock legends like Spoon, Death Cab For Cutie, and The Flaming Lips live and in the flesh.

And, let’s be honest, no matter how you feel about Kanye West you know he’ll put on a memorable performance. Similarly, how often can you catch Tom Petty & The Heartbreakers live? In fact, if you’re looking for me, just watch for the dude dancing to “Free Fallin'” with a Leonardo DiCaprio grin.

Anyways, our top picks for both food and music follows:

Beast and The Hare
lamb and shrimp mixed grill with romesco