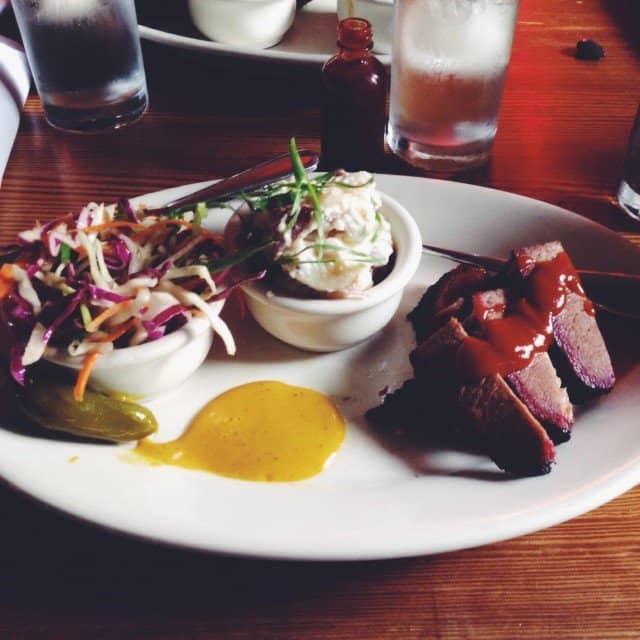 Have you ever wondered what life’s like for your favorite band on tour? What do they eat before/after a gig? Where did they eat when they stopped in your town? What are they listening to in the van as they jump from gig to gig? Well, we’ve got your covered. Courtesy of Roll Call Records, our friends in Typhoon have graciously offered to share a journal of their food and music experiences as they embark on their tour in support of their magnificent new album White Lighter. Dubbed “Tour Pairings” we’ll be sharing updates about twice a week, so stop back to read more. If you’ve missed them, you can catch up on Kyle’s post about Denver, Devin’s post about Vancouver, Jen’s post about Saint Louis, and Devin’s post about Columbus, Brooklyn, and Philadelphia.

Eating on tour can be just terrible sometimes. There’s a lot of days we eat at gas stations. Fast food is always there. After a bad stretch, eating a salad at Subway feels gourmet. And it’s not. That stuff is awful.  If you’ve got the time and aren’t totally broke, the local good stuff is your best bet.

There’s no shortage of good food in Austin, but if you ask me, Austin is about BBQ. It should be said right off that the band’s favorite joint in town is Sam’s, but this time we went to Lamberts. My take on BBQ is that the smaller, sketchier, and more run down the place is, the better the food is likely to be. Lambert’s, on the other hand, is a big, clean, pretty up-scale (but not crazy expensive) place downtown. I got the brisket and potato salad and the slaw, which had jimica in it, which is cool because jimica is great. The sauce options were just right (one sweet BBQ, one mustardy one, one hot-saucy one) and all the food was fresh and good. I traded Jen a piece of my beef for one of her wild boar ribs, and I gotta say those were the best thing I ate there.