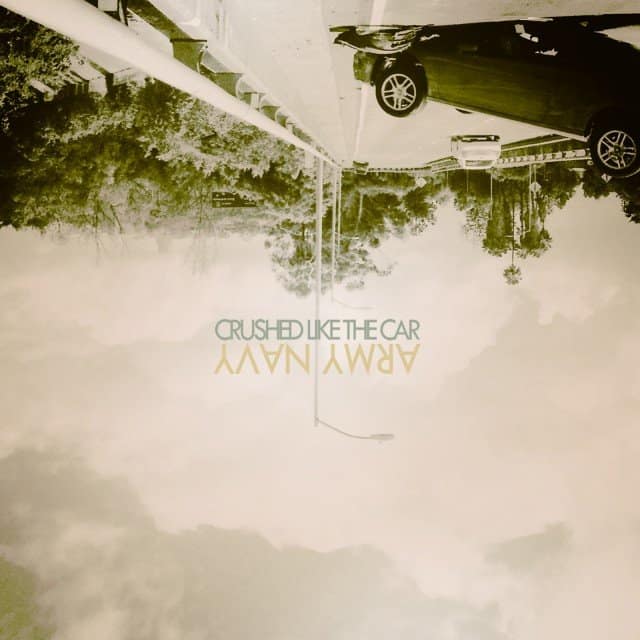 There is something strangely life affirming about a melancholy power pop tune built with pummeling percussion and big, reverb-soaked guitars. And although that may seem counterintuitive, I think it’s safe to say that this month’s featured band Army Navy knows exactly what I’m talking about. After his former band Pinwheel (which had included Death Cab For Cutie’s Ben Gibbard) disbanded, Justin Kennedy moved from his home in Seattle to sunny Southern California where he began laying the foundation for his new project Army Navy, which now includes multi-instrumentalist Louie Schultz and drummer Douglas Randall. In the years since launching the band, the Los Angeles-based band has steadily built an impressively solid discography including a pair of critically acclaimed full lengths and a brand new EP, each filled with jangly, woebegone indie love songs. We’re proud to feature them in this month’s Pairings Box.

With its chiming guitar blasts and pounding percussion, a-side “Crushed Like The Car” nails that “perfect power pop” vibe. It opens with persistent, sharp guitar flicks to accompany Kennedy’s reedy tenor as he plaintively sings, “I don’t mind giving up completely / I don’t mind settling for what’s gone / I don’t mind falling much deeper.” It’s not unheard of for people to compare a disastrous relationship to a car wreck, but here Kennedy takes it a step further comparing the post-accident car being junked to the crushing emptiness that can accompany post-relationship heartbreak. In their review of the track, Pitchfork enthused that “Kennedy has a talent for the gracefully inevitable-seeming chord changes and seamless middle eights that make this music float” and I couldn’t have said it any better myself. In fact, here the trio cap off the whole shebang off with a scorching guitar solo on the bridge that is simply pulverizing. All the same, Kennedy never sounds as pessimistic as his lyrics suggest. To the contrary, the song ultimately sounds optimistic and upbeat.

Meanwhile, the b-side boasts the exclusive premiere of the infectious and bubbly track “Pack of Dogs.” With its incredibly perky and bouncing groove, it’s the perfect counterweight to the single’s plaintive a-side. An energetic and loose, almost Ramones-like, guitar line paired with chugging, locomotive percussion lift the melody straight into the clouds. Meanwhile, the playful rocker is accented by shuffling handclaps, brightly plinking glockenspiel, and playful harmonies. It’s ridiculously fun.

As always, this is a limited-edition, hand-numbered 45 rpm 7″ vinyl pressing. We’ve only produced 400 copies on translucent electric blue vinyl alongside a special edition of 100 copies on split-color electric blue and beer colored vinyl for our gold club members. Subscribe to the Pairings Box to make sure you never miss a single. The Crushed Like The Car EP is available digitally via iTunes. Finally, big thanks to our friends at Roll Call Records who made this come together.