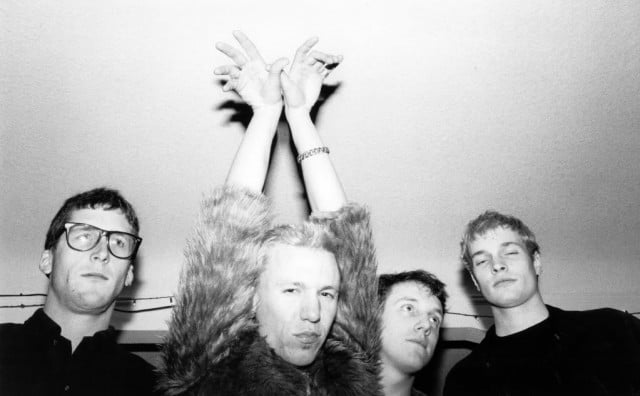 Just when I think we must be nearing the bottom of the barrel in terms of unreleased Elliott Smith recordings, something like this pops up. For those who aren’t well versed in Elliott Smith history, the one-of-a-kind songwriter started out his career as the vocalist and guitarist for the band Heatmiser. Earlier today the band’s original drummer Tony Lash released a version of Smith’s tune “Christian Brothers” that Heatmiser had recorded years before Smith released his solo version. The Heatmiser version retains all of the song’s familiar elements but notably adds in some heavy, scorched-earth reverb across the guitar riffs on the tune’s second half. It’s fiery.

It’s always a good time to pick up some Elliott Smith vinyl.