The High-Low Cheese and Charcuterie Board & 2017 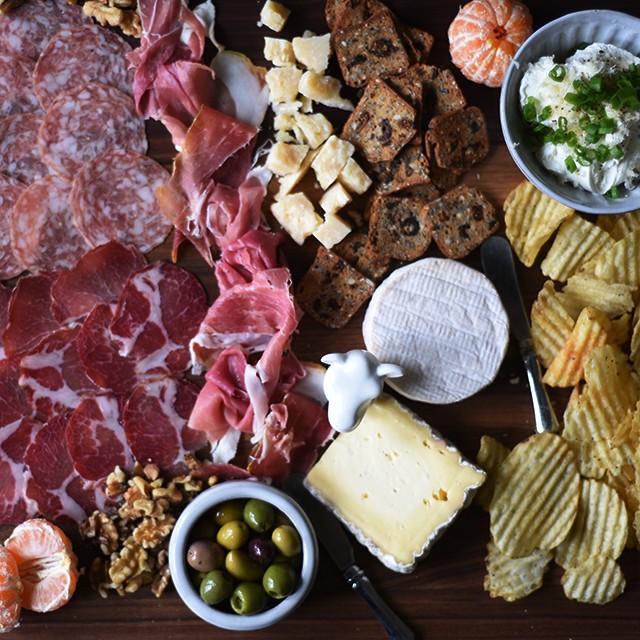 When I think about 2017, the main thing that comes to mind is that it was a year of high highs and very low lows. It’s in this spirit that I share today’s recipe: the high-low cheese and charcuterie board (more on that later).

It began with the worst winter I have ever lived through, morally, physically, and spiritually. 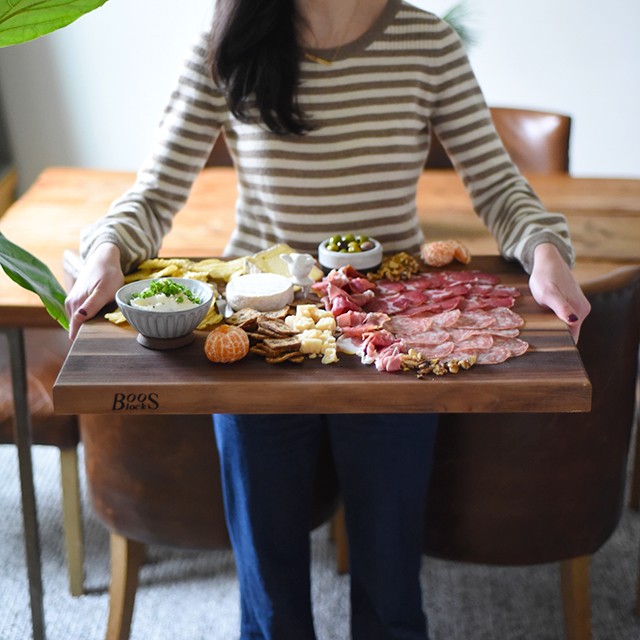 We had not one but two emergency room visits, and had to deal with two surgeries (both unplanned), exorbitant medical bills as a result, and a barrage of family illnesses that would not let up. I cried a lot. I was depressed. I wondered what I was doing in Seattle. I questioned who I was as a person, as a mother, as a professional. I got lost. 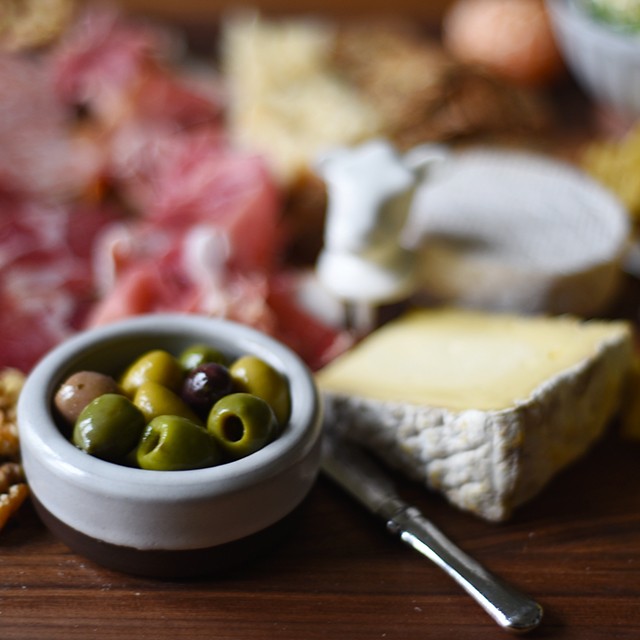 Of course 2017 also marked the year the Cheeto got elected to office. The day after the election, I flew to Palm Springs for a girls weekend that became one of the brief highlights of the season. It was, and still is, the weirdest time. It brought me closer to some of my closest friends, and I am grateful for that. It also made me realize that inside, I’m still that same 22 year old. 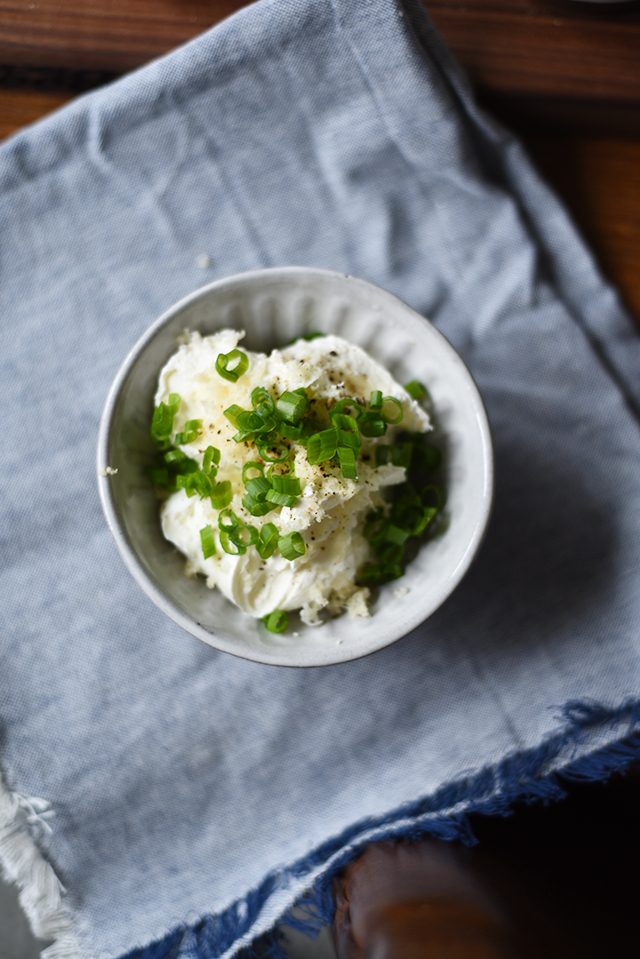 We dealt with a number of delays leading up to the launch of SOUNDS DELICIOUS, and in addition to the stress that caused us as a business, we experienced a ton of stress as a family because, let it be said: we have fueled so much of our own money into it, leaving us with little room to spend on other business expenses. With a new house, renovations, and childcare expenses, we found ourselves living mostly paycheck to paycheck, and in debt. In the spirit of transparency, it’s been weighing on me heavily this year, even though I know that this is a season in life and we will get through it. 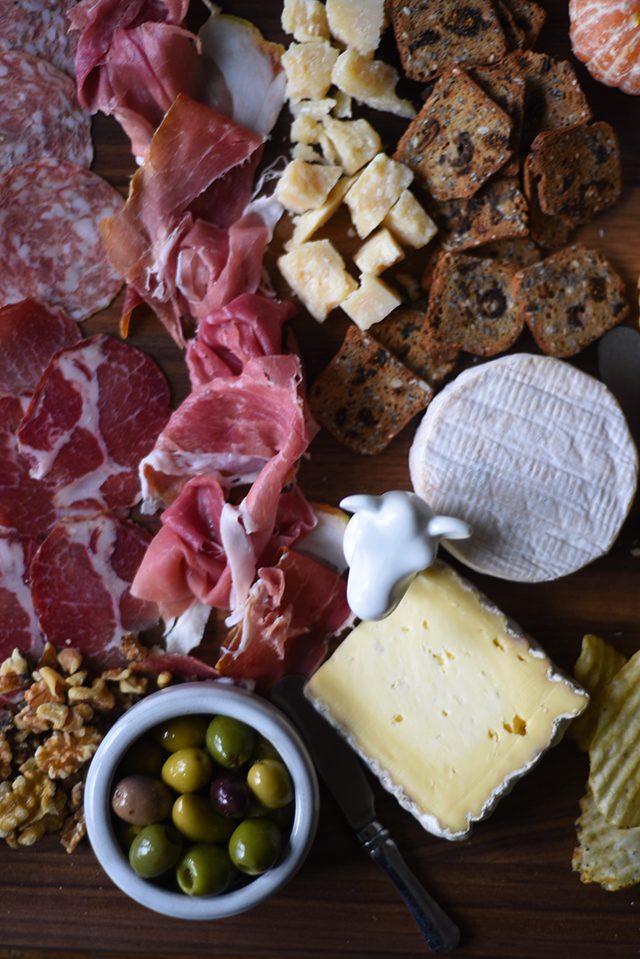 We had really hoped to be able to invest more in the digital side of the business this year but it just didn’t happen, which sucks, but is just the reality.

2017 was the year I realized I couldn’t do it all and that I’m more anchored right now than I have ever been before. And it was a ROUGH realization. We had a long list of things we wanted to do — upgrade the backend of the shop, increase content production, improve the UI of the website, take more big trips as a family — but all of them had to be put on hold. I’m trying to slowly chip away at some goals for 2018, and hoping we can be both ambitious but also compassionate towards the fact that we are just two people, with limited resources and a young family. 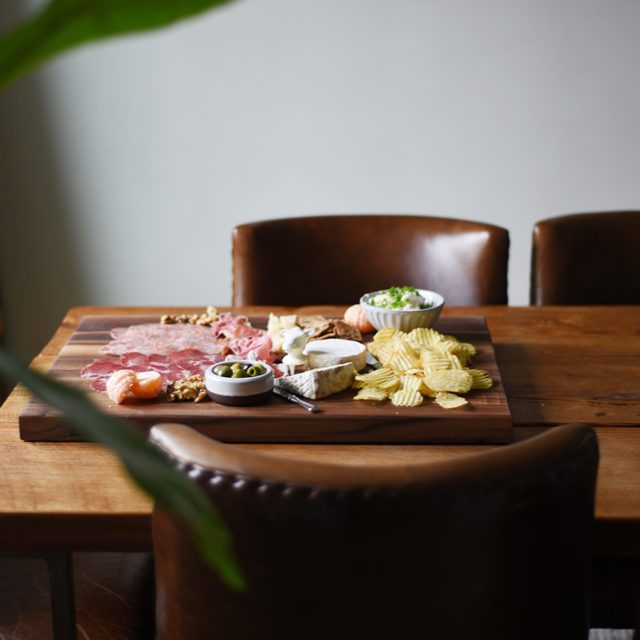 On the positive side of things, 2017 also opened up many doors for us: we were lucky enough to get some amazing sponsors to help us tackle a kitchen renovation which we realistically could not do ourselves. We knew it was a dream we couldn’t pass up, even if it meant stretching ourselves financially and mentally, and now that’s it’s all said and done, we are SO happy. I’ve never felt more energized creatively as I have in the last few months of cooking in there (maybe you’ve noticed an uptick of new posts).

We also had the amazing opportunity to travel to Montreal with Tourisme Montreal, to explore the food and music scene there. The trip couldn’t have come at a better time: I was burned out, and bottomed out. I felt so alive there, and was reminded just how much I need these experiences and how much I enjoy documenting them.

We threw a party with Slate Coffee, our Coffee & Vinyl Pairings partner. Admittedly, I hate planning events because I can’t plan something without perfecting every detail. But the event was a huge success and felt like a celebration of what we had built — from nothing! I am still so grateful to the many wonderful partners and the incredible people who came out to support us.

The summer of 2017 was really magical: it felt like that little dream we had when the five of us were squeezed in a teeny apartment in San Francisco finally became a reality. We spent an endless amount of hours and days gardening in our backyard, eating popsicles, and grilling. Even though we spent a good chunk of the summer living through a kitchen renovation, our backyard made it all feel really good. We went on a lot of little trips this summer, too. Twice to San Francisco for weddings, to Orcas Island, and to Ohio to visit family. We started to really settle into life as a family of five, and I finally stopped saying, “can you believe we have three kids?” on the regular. 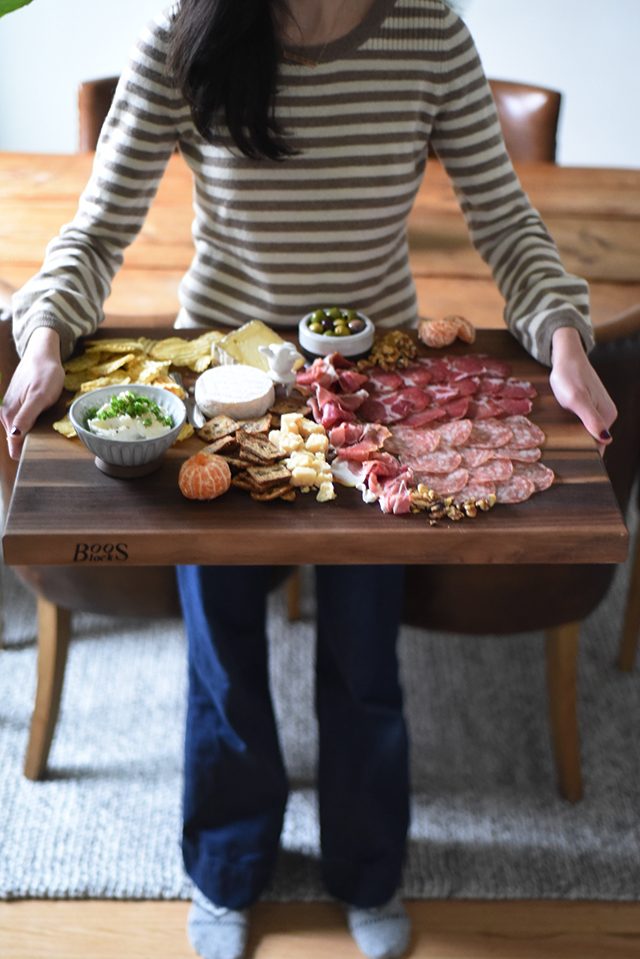 We celebrated our friends’ and families’ joys: new babies, marriages, jobs. Our daughter turned four and our twins turned two and we felt like we’d lived a hundred lives in the last year.

As we entered the holiday season, I began to wonder what was important to me and I realized that the more I tuned in to the voice in my head, the happier I was. I listened to the voice that told me, “forget holiday cards this year!” I cooked when I felt like it, photographed when I felt like it, and got takeout when that suited us. This winter found me following the current in my head, and honestly, I have not felt so good in a while.

I’ve been reading the same book for the last 6 months. Hoping I *might* finish it on a few flights I’ve got coming up. I’ve really leaned in to my favorite shows (“This is Us,” “Stranger Things”). Despite how many friends have recommended a variety of podcasts to me, I haven’t listened to a single one. If I were to start writing a list of resolutions, it would be long. But if there’s one thing this year has taught me is that we can’t do everything, and that’s ok. There will be a season for books and for longer travel to faraway destinations. There will be a season for more exercise. But for now, we do what we can. We chip away, and we try to be grateful. That’s what I’m telling myself. “Be kind to yourself” is my resolution for 2018, if anything.

I still second guess a lot, and I still worry a lot, but I do feel that I grew so much as a person in 2017, and we grew so much as a team — both personally and professionally. I don’t know what 2018 will bring but damn, I’m ready for it.

In the spirit of the highs and lows of 2017 (and a playful twist on my reflections) I bring you: the high-low cheese board. The high of course refers to the higher end bounties: the San Daniele prosciutto and fancy cheese. The low is an ode to both the hard times and the times we often forget when we’re deep in the throes of nostalgia.

The dip from this chip and dip recipe comes from the State Bird Provisions cookbook, written by the chefs of one of our all-time favorite restaurants in San Francisco. If you want to go real high-low, get yourself some red caviar to accompany the dip (that’s on our New Year’s Eve menu).

See you on the other side, friends!

The High-Low Cheese and Charcuterie Board

For the chip and dip (adapted from State Bird Provisions):
3/4 cup of creme fraiche
1/2 inch piece of horseradish, peeled and grated using a microplane grater
freshly ground black pepper, to taste
1 teaspoon of sliced chives or green onions
a bag of kettle chips

1. In a medium bowl, whisk the creme fraiche for about two minutes, or until soft peaks form.
2. Transfer the creme fraiche to a serving bowl, then top with the grated horseradish, chives or green onions, and pepper.

1/3 pound of each: prosciutto, coppa, salami (best quality you can afford)
1/3 pound of aged Parmesan, broken into chunks
1/3 pound mixed olives (your favorite combination from the deli)
variety of crackers (we like the kind studded with nuts and raisins)
Few handfuls of nuts (for nibbling) such as walnuts, pecans, and/or almonds
fresh fruit, such as grapes and/or clementines
dried fruit, such as figs and/or cranberries
extras: fruit jam (fig is delicious!), honey and honeycomb, pepper jelly, and sliced baguette
2 types of cheese (one creamy variety, such as a brie, and perhaps something goat-y, such as Humboldt Fog)