The other day, I opened up a leatherbound journal that I had updated over the course of my last two years of college and first year out of college. I started the journal to document my experiences studying abroad and my backpacking trip through Europe. I wrote lengthy posts describing the people I was meeting, the adventures we were having, the food I was eating, the disasters I was overcoming and the dreams I was dreaming. To this day, I reminisce about those few months and how they subtly changed my life. I was as free as I had ever been, as confident as I had ever been and as plump as I had ever been. But did I ever once look in the mirror and think to myself that I was a little chubby? Please. I ate gelato three times a day without blinking an eye and dumped at least half a cup of Parmesan over my pasta. I was so full of life. The fullest I had ever been–literally and figuratively. After I had read a few entries from that time when I lived abroad, I flipped through to my first year living in San Francisco. My tone had changed. I sounded defeated. Unsure. I fully recognized how good I had it: great apartment, good job, good salary. But I was lonely. Really lonely at that. San Francisco is a place where people move to, but I found it difficult to really establish myself. I missed my friends–a lot. I found that I lived for the weekends when they would come to visit and then leave me. Slowly, many of them started moving to San Francisco and I found my spirits being lifted. I was intrigued to hear my younger voice in my head again–talking about how I desperately longed to travel again, how I felt desperately unmotivated by the day-to-day grind of a 9-5 job, and how I desperately wanted to find ‘the one.’ Interestingly, the very last entry that I penned in my journal was shortly before I met Matt. After a slew of dramatic lead ups, I tried to talk some sense to myself: I was young, I was free, I was making money, I was traveling, I was progressing, I was writing, and I was starting a blog. I had nothing to complain about–the world was my oyster. I quite enjoyed the fact that I felt content, independent and proud of myself in that last entry. I was building something–and I still am.

This salmon ceviche is an adventure–it’s a twist on the classic ceviche (traditionally made with white fish or shrimp) and it feels like traveling again. The fish is distinctly salmon, but the combination of the ginger and cilantro, and the unique way that the salmon ‘cooks’ makes for a really unique–and tasty combination. Consider it an opportunity to explore in your own kitchen. Salmon and Cilantro Ceviche
adapted from Falling Cloudberries
*serves 2 as a main dish, 4 as a starter

1. Make sure to remove any bones from the salmon before cutting it up into roughly 1/2 inch thick pieces and place in a ceramic bowl.
2. Cover the fish with the lime juice, peppers, cilantro, cumin and garlic. Squeeze as much juice as possible from the grated ginger and toss away any large, dry pieces.
3. Mix everything together with a large spoon, cover the bowl with plastic wrap and refrigerate for at least 4 hours (or overnight). 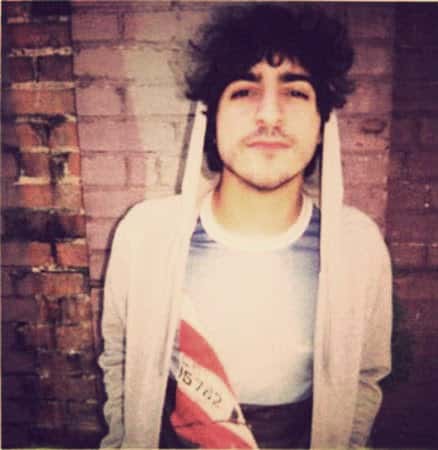 Ceviche is one of my all time favorite foods. After all, what is not to love when you mix spices, peppers, tropical flavors, and clean fresh fish cooked in citris acids? It is most commonly associated with Peruvian cuisine, although some historians actually claim that the Spanish introduced the food to South America. They claim that Spanish ships would normally stock citrus fruits to prevent scurvy, and it is believed that it would have been popular to use citrus acids to “cook” food because it was relatively quick and easy. Others have suggested that it originated with either the original Polynesian Islanders or the North African Moors before it was passed on to the Spanish and subsequently passed on to South America. Wherever it originated, it is ridiculously delicious. Still, its background certainly inspired my choice for today’s pairing. El Guincho is a Barcelona-based musician, and his latest album Pop Negro is a joyous explosion of sample-heavy tracks built on a foundation of rhythms and melodies borrowing significantly from Afrobeat, Tropicalia, and South American music featuring exuberant Spanish free-associative lyrics. Get more at Musical Pairings‘ home. —Matthew