It has taken me a long time to break down some of my biases. I will not lie: I am quick to judge. So when I first tasted fennel, I spit it out and did not look back for a while. I hate anise so why in the world would I ever grow to like fennel? But then, something not entirely uncommon happened: I started seeing fennel everywhere. It was like it was trying to weasel its way into my life by attaching itself to the things I love: Italy, pizza, aromatic stews, roast chicken, pickled anything, leeks. I started to wonder if the first time I had tasted fennel was entirely inaccurate?

And so, I did something I don’t usually do: I gave fennel another chance–and I have not looked back. Granted, there are some modes of preparation that still turn me off (I still don’t like the entirely overpowering taste that can sometimes come out when it is cooked on a skillet) but simmered with companions like sweet leeks, aromatic lemon and oceany mussels, as it is in the beautiful pasta–it is absolutely understated and divine.

In fact, I’ve been finding that fennel is a supreme addition to pastas–something about its unique flavor profile befits a nutty light wheat pasta and pairs phenomenally well with seafood (in this case, mussels). This is a pasta I could eat every day (If I allowed myself). It feels light–despite packing the carbs. It’s equally as pleasant in the summer as it is in the Fall. If you love leeks, this is a winner, too, as they add a sweet touch to a dish that is as simple as could be and–provided you already have some homemade pasta on hand–comes together in a cinch.

I should note that lately, every time I make pasta at home, it tends to be homemade. Ever since Matt got me a pasta roller and cutter attachment for my KitchenAid, we’ve both pretty much been obsessed. Seriously, I’ve heard many, many Italians and enthusiastic non-Italians alike tell me for years that nothing compares to homemade pasta and I have to say that I’ve crossed the divide. We’ve experimented with egg noodles as well as light whole wheat ones (we’ve had one catastrophic disaster–surprisingly on our fifth or sixth try!). But otherwise, we whip up a big batch, cook some up the night of and freeze the rest for later. This particular pasta was inspired by a spur-of-the-moment stop at an oyster farm on the way home from a camping trip. We picked up a bagful of the HUGEST mussels I have ever seen. As you can imagine, the plumper, fresher the mussels, the better the pasta. Happy September! Homemade Spaghetti with Mussels, Leeks, Fennel and Lemon
*adapted from Cooking for Friends
serves 4
1 pound of mussels, scrubbed under cold water and debearded
1 large leek, rinsed well (white and light green parts sliced thin)
1 fennel bulb, thinly sliced
1 pound of fresh spaghetti or linguine (you can use dry if you don’t have fresh on hand)
1 lemon, juiced and zested
olive oil
sea salt and fresh pepper
1. Bring a large pot of salted water to a boil. If using dry pasta, cook it while you prepare the mussels.
2. Heat a few tablespoons of olive oil in another large pot over medium-high heat. Add the sliced leeks and cook, stirring, for about two minutes. Add the mussels, fennel, lemon juice, 1/2 teaspoon of salt and 1/2 teaspoon of pepper. Cover the pot and steam the mussels for a few minutes (until all are open). If any shells don’t open, toss them out.
3. Drop the fresh pasta into the other pot of boiling water, cooking for a few minutes until al dente.
4. Drain the pasta and add to the pot with the mussels, tossing to coat the pasta with the juices.
5. Transfer pasta to a serving bowl, drizzle with additional olive oil and garnish with lemon zest. Serve hot.
Musical Pairings: Flying Lotus – Los Angeles (paired w/ Homemade Spaghetti with Mussels, Leeks, Fennel and Lemon) 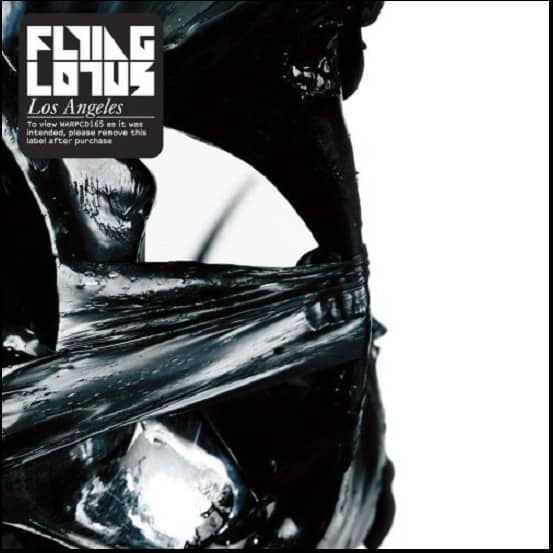 This homemade spaghetti with mussels, leeks, fennel and lemon is so amazingly “on”. When we prepared it, we used fresh mussels we had bought from an oyster farm along the Pacific, fresh fennel and homemade spaghetti. It was mesmerizingly tasty, and just felt so hip and modern and delicious. This dish features beautifully unique textures, intricate flavors, and a visually appealing presentation. That is why I’m pairing it with one of my favorite albums of the past few years: Los Angeles by Flying Lotus’ (a.k.a. FlyLo, a.k.a. Steven Ellison). Los Angeles artfully manages to encompass both the good and bad of the city it borrows its name from: it is simultaneously clean and grimy, safe and dangerous, conventional and experimental – but like city of Los Angeles – the album is also always modern, always viscerally textural and always exciting. More at Musical Pairings. –Matthew