On Cooking, These Days - Turntable Kitchen
Log In or Register
0 Items

On Cooking, These Days 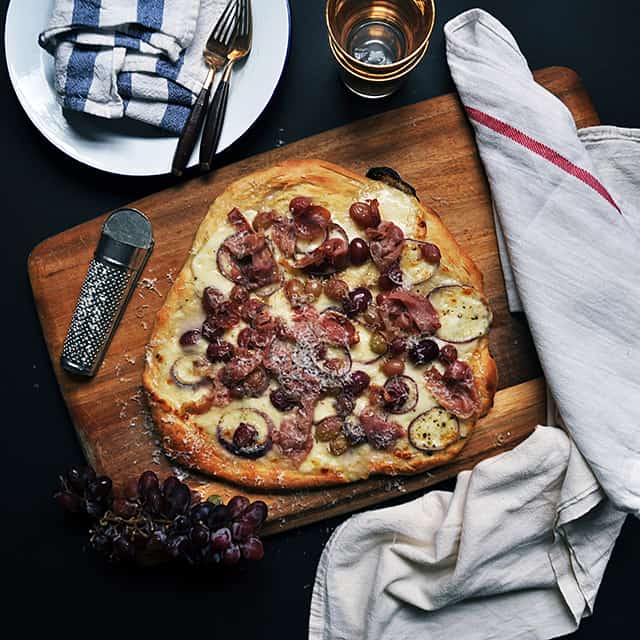 This isn’t a post about motherhood. Or enjoying the moment. It is a post about why I miss me sometimes, and how I plan to get me back 98.9%.

For someone who has pretty much turned her entire life upside down with a whole boatload of change in the last year, you might be surprised to learn that I’m actually really not great with change. I tend to stick to things that I know and like for years. The truth is, routine is comforting to me and I’m quite risk-averse.

But we all go through times of transition in our lives — when our routines get thrown out of whack. Some of these transitions are self-imposed and cause us to reevaluate what’s working and what’s not. Others are thrown at us at times we’re hardly ready for them.

For a long time, I made a lot of mostly pre-made meals for dinner. “Assembly” is what I’d really call it. Then I started making money out in the ‘real world’ and began going out to eat. A lot. And then I discovered a love for cooking. Many of our weeknight meals became what I would call ‘gourmet.’ We’d follow complicated recipes from cookbooks written by renowned chefs, spending hours creating a meal we’d consume in under thirty minutes (here’s an example). But it didn’t matter. We had the time.

The transition of being a married couple with no children to being a married couple with a child was harsh. I struggled to find my footing but eventually — and rather quickly — I did. For a while, all Neko ate (or rather, drank) was formula. Slowly, I started to introduce solids. Ravaged by guilt from failed breastfeeding attempts, I hand-made everything that went into her mouth. Would you believe that the very first time she ate anything processed was well after her first birthday? That’s how much of a control freak I was. I actually made yogurt. From scratch. And I told people it was EASY (evidence here). Easy, sure. When you have the TIME.

Here we are, over five months into being a family of five and I’ve found myself cracking. Every night, around five p.m., I proceed to reclaim my kitchen. My space! It’s just like riding a bicycle! Just wash that lettuce. Mince that garlic! Slice those tomatoes! But it’s not. Recently, I’ve noticed my hands shaking.

It’s not that I’m scared of cooking — it’s quite the opposite, actually. I’m scared of not cooking and what that would say about who I am. Every night, I fear the demise of old me. The girl who felt most at ease in the kitchen. The one who never understood why her mother often said cooking was a chore. Some people run to relax. I cook. I feel an immense sense of pride, joy, and gratitude when I pull together a handful of ingredients to make something that tastes good. And I’m used to doing it most nights.

I hesitated to write about this — here of all places! Where our reality is so carefully curated through my camera lens. But I would be lying if I told you that I’ve cooked and photographed a lot of meals lately. I feel a tremendous sense of failure. Turntable Kitchen is our family business but it is also ME (hi, real person here!). It is where I come to be me. It is the place where I have shared great worries and accomplishments. It is still very much a personal space. So I want to lay it out here. To all of you who’ve ever felt like they were maybe on the edge of losing something really important to them or feeling like they’re hanging by a very thin thread. The truth is, I miss everyday cooking. Not the sort we do for Pairings Boxes or for clients. But the sort where I’m just playing in the kitchen. Throwing random shit into a pot and seeing what comes out while I drink copious amounts of wine and eat copious amounts of cheese and crackers.

Some people say that we don’t read much anymore. We click on flashy headlines and skim bullet points, gifs of cats dressed as pandas, and infographics about dating sites. I don’t want to ever lose reading or cooking or the tremendous sense of pride I take in being here. Showing up not only for you, but for ME. I promise I’ll be back here with a recipe soon. Maybe I’ll even make yogurt from scratch again.

Single Serving: The Interest Group – Soul Kiss (For Allies To Be)