Hello, there. Happy New Year. 2010…Can you believe it? I’m certainly still in awe. We had a lovely celebration this year, first by ourselves, and then with a small group of friends. Unlike past years, we decided to cook in before heading out, and boy did we cook in. After receiving Thomas Keller’s Ad Hoc cookbook for Christmas from Matt’s parents, we made a resolution to made a fancy meal from it asap. This salad, which Thomas (we’ll stick to first names in the post) calls his ‘fall salad.’

Unlike the rest of the dishes in his book, this salad is what I’d call really ad hoc. There’s actually no recipe for it in the book, aside from a pretty picture that shows some blanched leeks with plus signs connecting the rest of the ingredients (fuyu persimmons, Parmesan cheese, pine nuts, prosciutto and sherry vinaigrette). There are no measurements listed, nor any actual instructions, which was fine in the end. I didn’t make a whole cup of sherry vinaigrette (the amount that the Ad Hoc recipe yields, but I’ve included the halved recipe as you can store it in your fridge for quick salads for up to one month). I also didn’t pay attention to the name of the prosciutto that I picked up from the cheese shop (Thomas recommends San Daniele), but mine was freshly sliced and delicious.

This salad was something of a departure from the average salad, and it certainly didn’t disappoint. Matt called it ‘substantial’ enough to be a meal in and of itself, and I agree. We ate it as a side to crab cakes (you bet your booty that recipe is coming, too!), but I think it would pair nicely with some roast chicken, or a breaded, fried, fillet of fish. Persimmons, which seemed to overflow my market just a month ago, are definitely winding down, so I recommend making this salad sooner than later (otherwise, you may just have to wait until next Fall to make it!). The combination of ingredients really makes a beautiful, colorful presentation and despite the fact that I haven’t exactly made any resolutions to cut out desserts or carbs from my life, it felt somewhat appropriate to kick off the New Year on eating/sf with a salad.

Hope yours was safe and fun. Excited to kick off 2010 with you!

Thomas Keller’s Fall Salad
adapted from the Ad Hoc at Home
*serves 3-4 as a side salad; 2 as part of a main dish

1. Combine all of the ingredients except the salt and pepper in a large salad bowl. Make the sherry vinaigrette (recipe follows).
2. When you’re just ready to serve, toss the salad with about a 3-4 tablespoons of vinaigrette and season with salt and pepper, to taste. Shave some additional Parmesan on top, for presentation.

*To blanch leeks, cut off the green tops, and clean thoroughly. Bring a pot of water to a boil and toss in the leeks, letting them cook until tender. Meanwhile, fill a large bowl with water and ice. Once the leeks are tender, transfer them to the ice bath. Remove from the bath and slice them into thin, 1/4 inch disks.

To make the sherry vinaigrette: whisk the two vinegars together in a small bowl. Whisk in the olive oil (you can refrigerate the dressing for up to one month in a sealed container). 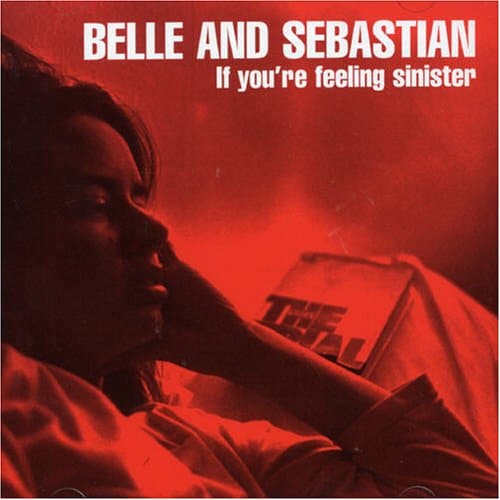 Kasey is featuring a Fall salad recipe that we prepared to go with our New Year’s eve dinner over on eating/sf today. And let me tell you, this salad is no ordinary salad. First of all, the inspiration for the dish came from Thomas Keller’s book Ad Hoc at Home (if you don’t know who Thomas Keller is – I’ve provided a useful Wikipedia link here). Second of all, this salad has serious flavor: there are persimmons, blanched leaks, prosciutto, and so much more going on. So it is an autumn/winter salad with depth, pedigree and a lot of delicious instruments playing in harmony. In other words, this is a perfect recipe to pair with Belle & Sebastian’s amazing 1996 sophomore album If You’re Feeling Sinister. Head to Musical Pairings‘ home to read the rest of the review. –Matthew

Vanilla Bean Ice Cream: If You Love Somebody