This is my new favorite weekend breakfast. A big bowl of nutty, warm quinoa, tenderly soaked in milk, fragranced with cinnamon and honey, and studded with toasted nuts and berries. If you’re unfamiliar with quinoa entirely–it is a supremely nutrient-packed grain that is most often found in Latin American cuisine. I tend to use it in the way I would rice or cous cous–cooked with lots of herbs and spices and topped off with fish (or prawns, or chicken) and vegetables. Like most grains, quinoa is pretty versatile, and you could easily play with flavor profiles.

I’d been meaning to make a breakfast porridge with quinoa for quite some time, and am so glad that I finally did. I was so pleased with my first experiment–on a Sunday morning–that I was eagerly waiting for the next weekend so that I could whip up another batch. This is the sort of breakfast that will make you feel satisfied in the way that you would after eating a big omelet, and also indulged–like you ate a warm, oaty scone. Quinoa is extremely filling, so this is a great meal to have before a long afternoon hike. Importantly, it’s cheap and easy. Many markets sell quinoa (which comes in a rusty red and light yellow color) in the bulk bins. I like to stock up on both kinds. I find that their taste does not vary greatly, but it’s fun to cook with different colors. You could also make this with any nuts you choose–walnuts and hazelnuts would work beautifully. I’ve only made this with fresh blueberries and blackberries, but I imagine that dried fruits–cherries, figs–would be delectable as well.

I could go on and on about why I love this dish so much, but one of the last things I’ll say about it is that it’s perfect any time of year–cozy enough for a rainy winter day, and refreshing and light for a sunny summer morning.

Quinoa Breakfast Bowl
recipe adapted from Heidi Swanson at 101 Cookbooks
*in theory, this serves 4, but we tend to eat this between the two of us, so double or halve accordingly 🙂

1. Pour the milk, water and quinoa (stirring to combine) in a medium pot and bring the ingredients to a boil.
2. Reduce the heat to a low simmer, cover and cook for 15 minutes, stirring occasionally, until 3/4ths of the liquid is absorbed by the grains.
3. Meanwhile, toast the nuts by spreading them on a cookie sheet and baking at 350 degrees F for about 5 minutes.
4. When the quinoa is done, take the pot off of the heat and let it stand, with the cover on, for about five minutes.
5. Take the pecans out of the oven.
6. Pour in the blackberries, sprinkle with cinnamon and stir in the pecans. Next, add about a teaspoon of honey and stir to mix.
7. Scoop into bowls and serve with additional berries and honey for the table. 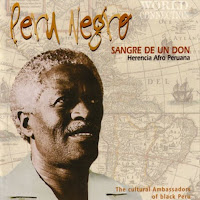 I’d probably tried quinoa in any fashion when Kasey and I first started dating. Kasey would (and does) frequently prepare it as a side dish for many meals as a substitute for grains or rice. Prior to meeting Kasey, I had never so much as heard of this awesome grain. And if you haven’t tried it yet, I highly recommend picking it up from your market: it is delicious, highly nutritious, easy to prepare and works as a great side or substitute for rice and other grains. However, I think I only realized quinoa’s true potential and versatility when visiting Peru in 2007 with my friend Angela. Quinoa originated in the Andes and was an extremely important food for the Incas. So while hiking the Inca trail, it was fitting that my group ate quinoa as a cereal-like side with dinner and again as a relatively sweet, tasty drinkable porridge for breakfast. For this reason, there could be no better pairing for this quinoa recipe than Peru Negro – Sangre de un Don. For the complete review, check out Musical Pairings‘s home. –Matthew