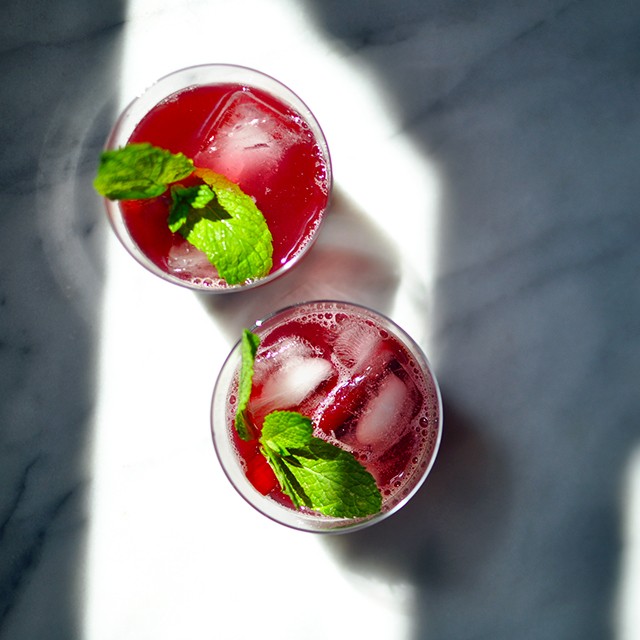 There’s a great fallacy in life that adults have things figured out. I realized this when I became an adult, not too long ago (I’d like to believe). Maybe because I’m of the millennial generation, but I still call my dad when I have car problems, and my mom when I have a weird rash on my arm. I have definitely dropped the f bomb in front of my kids. And just the other week, I sat in my car and let out a not-so-silent scream (a toddler-like tantrum, only I was alone) over some pretty insignificant stuff. 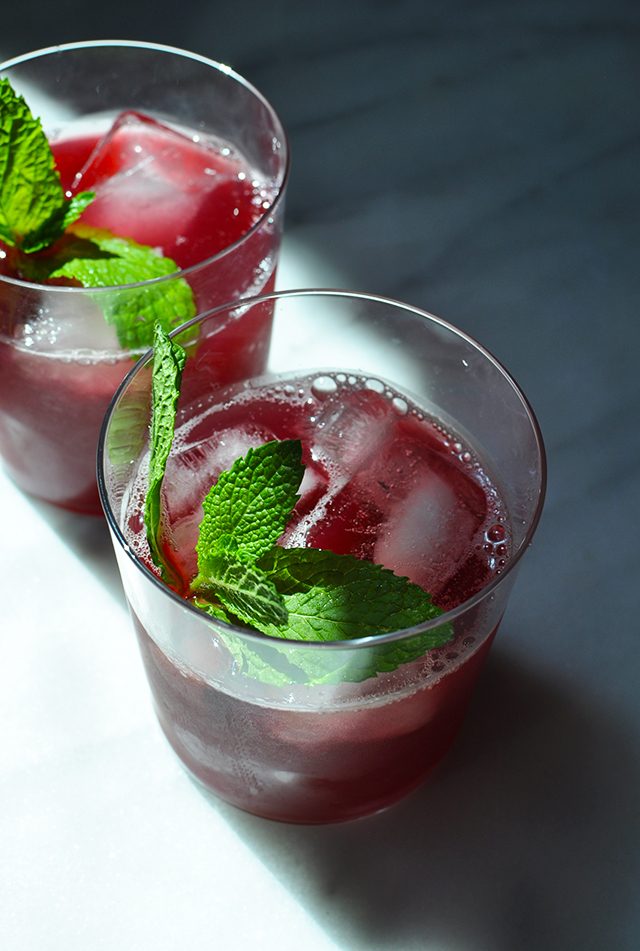 The truth is, I turned 34 last Friday. And never had I ever imagined what that would look like. If you had told me when I was 25 that someone was 34, I obviously would have thought to myself, “that’s old.” Naturally, older people get annoyed with remarks like this because old people always think everyone is younger than them, and should just be “enjoying every moment.” But it’s true. 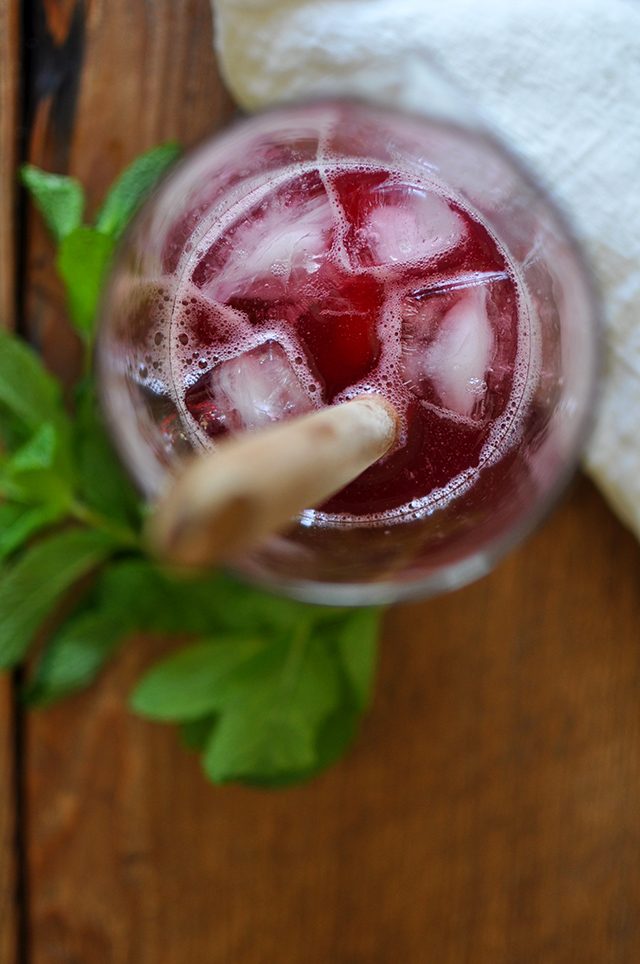 I worry that I’ve become a young person in an old-er person’s body. A body that has birthed three children, and whose knees sometimes make that awful cracking sound when I bend down. I mourned the loss of my enthusiasm for birthdays. I was too tired to bake myself a cake, as I usually do. For a few months, I actually worked backwards to figure out that no, it wasn’t my 32nd birthday. 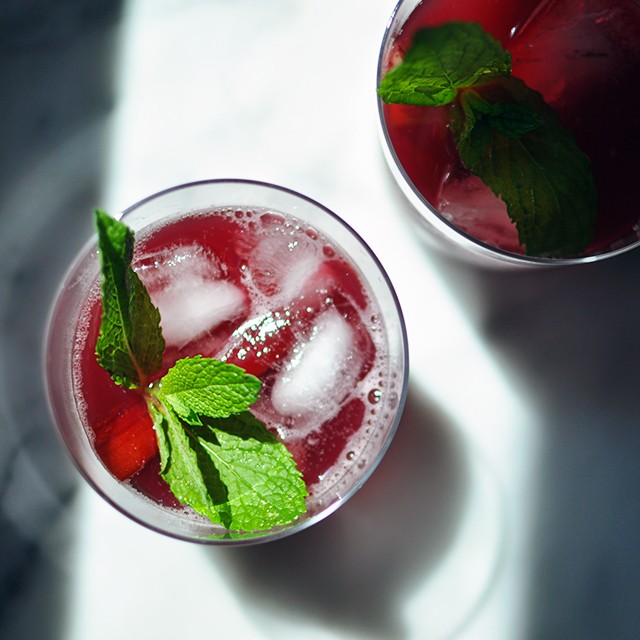 I don’t feel old, and in the grand scheme I’m certainly NOT old. But I’m stuck in that weird part of life where no one can argue that I’m a grownup, with very grownup responsibilities. I’ve started to worry about finances. Like, a lot. And I’ve started to think and say things I remember my parents saying to me, like “you have to finish all of your dinner, or there’s no treat after!” I wear shoes that are comfortable, first and foremost. And I almost always overpack for a daytime outing. 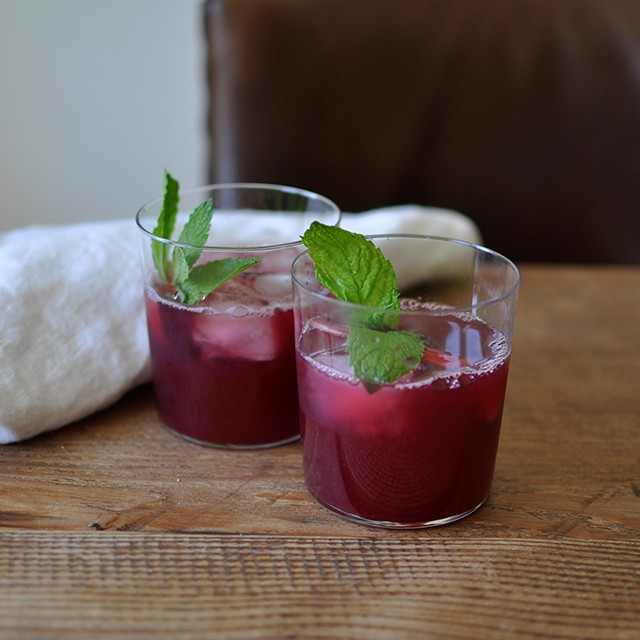 A few weeks ago, I unknowingly broadcasted a live Instagram story and was horrified to learn than a handful of people had tuned in. What was I worried about? That people would hear our bath time routine? Our often chaotic evening? Sort of. I was acutely aware of being “a regular family.” We spend so much time hiding behind perfectly curated social media accounts, but truly, everyone is struggling with something.

And right now, I’m working hard to actually do the thing I get so annoyed about: enjoying the moments. Not every moment, because there are plenty that feel boring and hard, and frustrating. But actually dipping my toes into average-dom. Being tuned into the everyday-ness of life. Moments when we’re just out in the backyard, the kids are roaming free, and I’ve got an ice cold rhubarb-hibiscus iced tea…and finances and grownup worries are the last thing on my mind.

This recipe is from our friend Shelly’s new book Vegetarian Heartland (officially out on June 7th!). If you, like me, love everything rhubarb, go make this while you can still get your hands on it.

Note: I’ve doubled the recipe here, but you can certainly half it, or double it to make 8 servings.

1. Combine the rhubarb, water, and lemon peel in a medium sauce pot and bring to a boil. Lower, the heat, cover, and simmer for about 45 minutes.
2. Stir in the hibiscus and allow the mixture to simmer for another 15 minutes.
3. Remove the pot from the heat and stir in the honey.
4. Strain the iced tea into a heatproof container, and toss the solids.
5. Let chill, then serve over ice, garnished with fresh mint leaves.