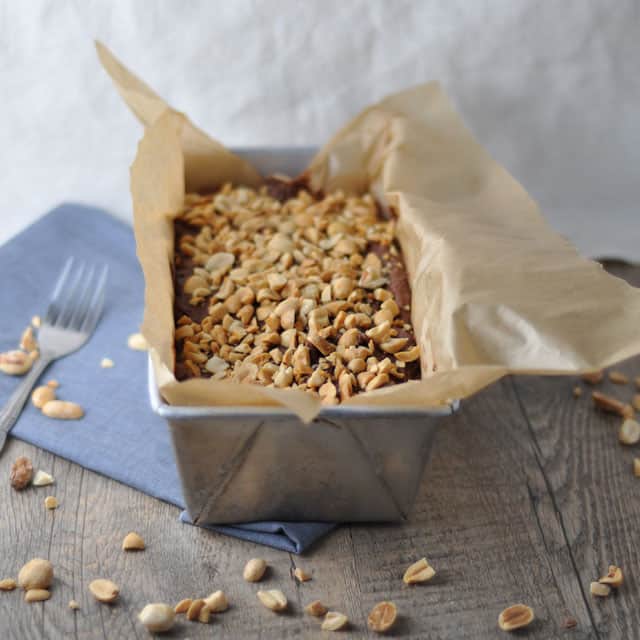 There is a neatly arranged time and place for everything in life, including peanut butter. I used to tell Matt, even before we were married, that I believed in the concept of soul mates. Something about our meeting and the way that we clicked made me feel confident that there was a reason that I had never been in love before. Not like that. Matt was not so sure. He thought it wasn’t so much that we were ‘meant’ to be together, but rather, that the timing of our meeting happened at the best possible point in time. Nowadays, I think we both believe in a combination of the two. That some things are meant to be, and timing is inevitably a game changer.

The way that we feel about people, places, smells, tastes, sights and sounds, hangs in the delicate balance of so many other factors. Take place, for example. Our childhood home evokes a certain memory for us when we are 8, 18, and 28. Our tastes in colors can change. One day, the world is black, and the next, tangerine. Others, still, it’s stark and white. One day, a stranger might walk into our lives and remain a stranger. Another, that stranger might become a trusted friend. A comforting soul. What makes the pendulum swing this way or that? Well, I cannot speculate. But, in my life, a number of occasions have caused me to sway one way or another.

My relationship with chocolate has been a steady love. We have not wavered. Peanut butter is another story. I first met peanut butter as a child of eight. At the time, I was still eating black bread sandwiches lovingly packed by my mom in a Little Mermaid plastic lunchbox. The other kids, they ate jam slathered between two slices of white bread that looked positively plastic. The untextured jelly was layered with a thick spread of tan cream. For years, I never developed a taste for it. I would occasionally eat it mixed into savory Thai sauces when I had already transitioned into adulthood. And I enjoyed the simple, salty taste of peanuts. But in creamed form? Especially in sweets, especially mixed with chocolate, my favorite. That I never learned to love. And then, then something clicked. 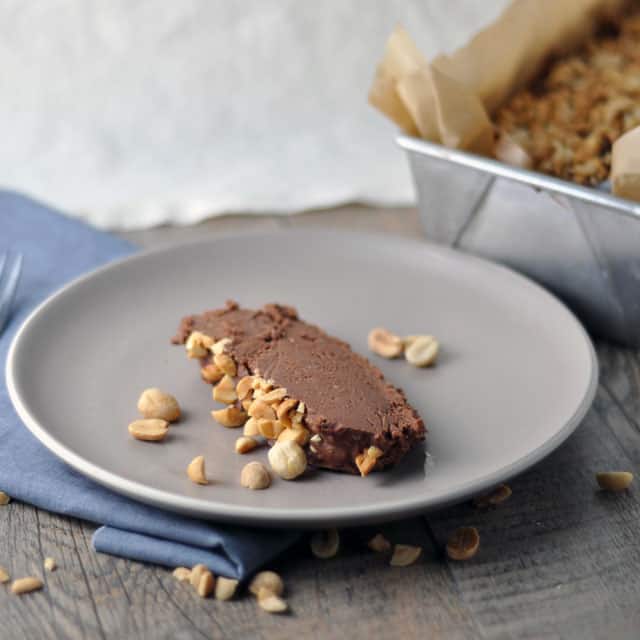 I ate a bar of chocolate from Poco Dolce. A peanut butter-bittersweet chocolate bar that I bought for Matt, but decided to take a small nibble of myself. And it was magic. This misunderstanding. This miscommunication we’ve had for years. It dissipated. And I ate the whole bar. I dreamed of the perfect combination of peanut butter and dark chocolate, but I knew we’d have to start slow.

A few weeks ago, I purchased a new loaf pan, I grabbed a few bananas, a bar of my favorite baking chocolate (Valrhona) and some freshly-made peanut butter. And off we went, mashing, chopping, mixing, blending, pouring. Until a loaf so lovely, nearly frozen, and sprinkled with crunchy peanuts, settled on our table. The richness of the chocolate was softened by the banana and if you concentrated hard, you could taste that unmistakable, but barely detectable, taste of peanut butter. It happened, and we devoured it in two sittings. I’m still thinking about it. And the possibilities of changing your mind. On everything from peanut butter to people. 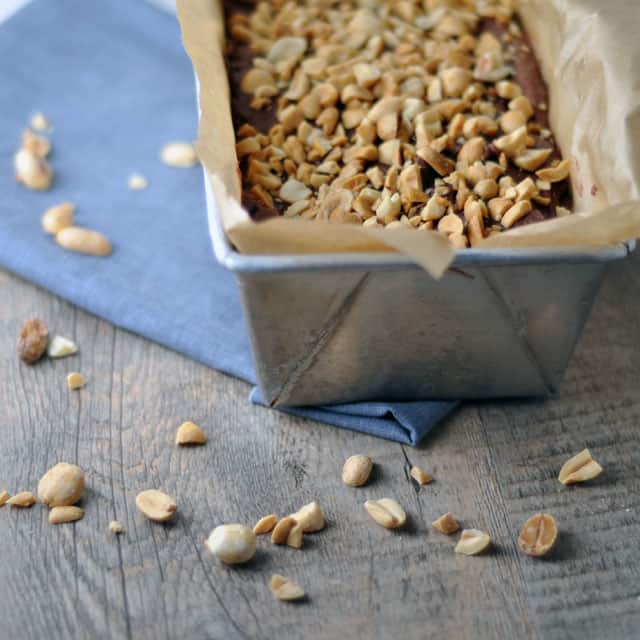 1. Generously grease a loaf pan with cooking spray or canola oil. Line the pan with parchment or waxed paper, letting the paper hang over both sides.
2. Melt the chocolate in a double boiler, stirring until it’s completely smooth. Allow it to cool to room temperature.
3. Place the bananas in a food processor and puree them until they are completely smooth.
4. Stir the peanut butter into the melted chocolate until combined, then stir in the banana puree. Slowly fold in the whipped cream until combined. Stir until all of the ingredients are incorporated.
5. Pour the mixture into the prepared pan and sprinkle evenly with the chopped peanuts.
6. Fold the edges of the parchment paper over the top of the loaf and tightly wrap the whole thing in plastic wrap. Freeze for approximately 3 hours (until firm).
7. To serve, slice the loaf into 1 inch thick slices.

Musical Pairings: The Walkmen – You & Me + Frozen Banana-Chocolate and Peanut Butter Loaf 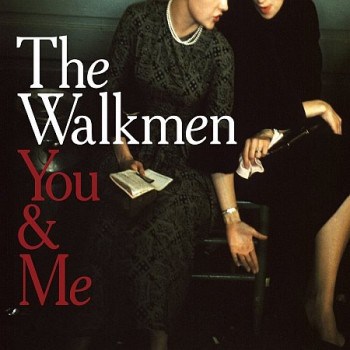 As usual, find the Pairing on the Turntable.