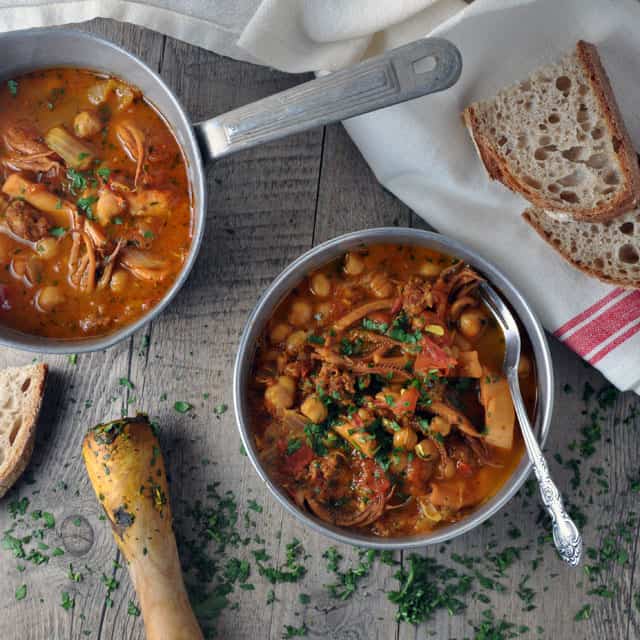 When I first spotted Rustica in a bookstore, I was smitten right off the bat. I know you shouldn’t judge a book by its cover, but let’s face it — who doesn’t? Call me a sucker for anything rustic, woodsy, and topped with Serrano Ham.

I’m pretty sure that in another life, I lived somewhere on the Italian or Spanish coast, in a house with colorful window panes (maybe orange or red?) and a reclaimed wood farmhouse table. I served all of my food in ceramic dishes, and wine from a beautiful decanter. I picked up my fish from the local fisherman, early in the morning, and grew my own vegetables in my little backyard. In the afternoons, I ran errands and met friends for coffee, or spent the day writing and drinking cappuccinos. A girl can dream, right?

Let’s talk about this book. There are recipes with blood sausage and chorizo, and other ingredients that I have yet to see in American stores (smoked tomatoes?) It’s not rare for my nighttime reading to be cookbook reading. I lug multiple cookbooks into bed with me and then relax. The first night I had Rustica, I poured over every page. I noted recipes that I’d like to try in the future (homemade nougat and Basque cherry pies) and zeroed in on ‘the one’ — the first recipe I’d make from the book. Much like a first date, the first recipe you make from a cookbook often sets the stage for all others. If it’s a boring, or a bust, you won’t be so inspired to try again. But if it’s easy to follow, offers some unexpected surprises, and tastes delicious, you bet you’ll be picking that book up again.

And so it happened. Squid with chickpeas, in a tomato-rich, chorizo broth and a saffron-parsley-mint sauce. It happened, my friends. I took the original recipe and tweaked it to accomodate the fact that I had not soaked my chickpeas ahead of time. I didn’t have much time to cook them, so I opted to use canned chickpeas, cutting the cooking time generously in half. Next time, I’ll do the whole shebang and let this stew simmer on the stove, but in a pinch, this shortcut made an excellent and filling dinner for three (with leftovers for two more the very next day). Cooked in the broth, the squid weren’t rubbery or tough, but rather, tender and flavorful, and the broth had a nice spicy kick to it from the chorizo, while the herbs added a freshness. Of course, there was the unmistakable aroma of saffron that added that certain magic. 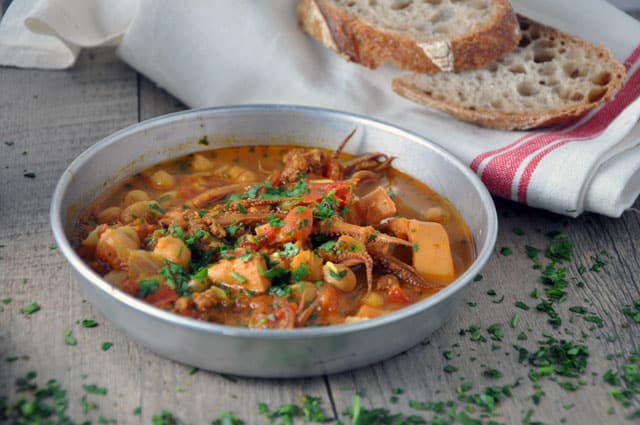 I wasn’t in my Spanish seaside villa, but I was sharing a meal with my favorite boy and a great friend. We ate crusty bread. And a fennel-mushroom salad inspired by one created by my friend Megan‘s love (mixing Spanish and Italian, I guess?).

This week, we finished packaging all of our December Pairings Boxes (phew!) and I’m excited to watch folks get them. We put up our Chrisma-New Years tree (it smells sooo good). And I bought 5 pounds of chocolate and 2 jars of molasses, with no specific plan for either. Let the holidays (and holiday baking!) begin!

I should mention that the original recipe is made in a pressure cooker, which I do not own. I skipped pre-soaking dried chickpeas (frankly, I didn’t plan ahead) and made this with canned chickpeas. I took some other shortcuts (like not peeling my tomatoes). This meal was all-around delicious. Perfect fall or winter.

1. Add the squid, chickpeas, garlic bulb, olive oil, onion, paprika tomatoes and bay leaves to a dutch oven (or heavy bottomed pot with a lid). Cover with about three cups of cold water.
2. Bring the mixture to a boil, then dial down the heat to a simmer, cover and continue cooking for about 30-45 minutes, stirring occasionally.
3. Uncover and remove the garlic bulb with a slotted spoon. Set aside (do not throw away). Crumble in the chorizo, stir and continue cooking for another 10-15 minutes, stirring occasionally. Season with some salt, to taste.
4. While the stew continues to cook, toast the saffron threads in a non-stick, dry pan, over medium heat until it darkens and releases a fragrant aroma.
5. Place the saffron into a mortar and pestle, along with the mint, parsley and peppercorns. Pound into a paste. Squeeze out the softened garlic cloves from the bulb and add them to the paste, along with about a tablespoon of broth from the pot. Mash into a smooth paste.
6. When the stew is done, stir in the paste and let simmer for a few more minutes. Serve the stew with plenty of crusty bread and sea salt. 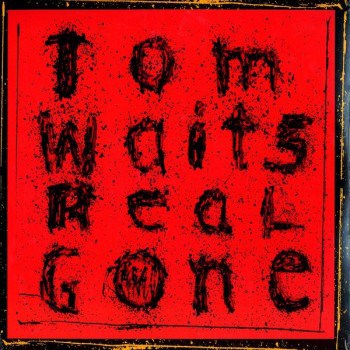 More on the turntable.