Ever since the farmer’s market came to my hood, I’ve been making fantastic discoveries. Most of the time, I’ll pick up a vegetable I’ve never prepared and ask the folks working the table how I can put it to use. I’d say that 9 times out of 10, their recommendations are rattled off within 30 seconds, and require little prep work. After all, farm-fresh ingredients are usually so flavorful, you really need little other than a little salt and pepper, oil or butter.

When I saw these gorgeous baby turnips, tucked in bundles into a little basket, I immediately veered in their direction. Their round bodies were so smooth and their leaves were so fragrant, I just couldn’t resist. The problem was, of course, my only experience with turnips was largely in restaurants, and I had no idea how you actually cook them. Already armed with a basket of baby shitakes for a quick saute, I was looking for something equally light to complement a dinner spread of cheese, olives, sauteed mushrooms and scallops. The nice lady at the stand told me that baby turnips are sweet as can be, and need little other than a quick saute. Being a turnip novice, I would have suspected that I should trim off the greens, but the woman assured me that the greens are just as tender and flavorful as the turnips themselves, and recommended that I saute them alongside the actual turnips.

My resulting farm-fresh dinner sort of felt like a picnic spread in the countryside. All I was really missing was a checkered tablecloth. As promised, the turnips was so sweet and juicy and the greens were incredibly flavorful. I was so pleased with my unique find that I devoured half the bunch in seconds. If you’re looking to have a light, farm-fresh dinner, I’d highly recommend cooking up a few plates of vibrant veggies (as I mentioned, I sauteed baby shitakes with butter, salt and pepper), searing some scallops, and getting a nice cheese spread on the table (we had a buttery brie, boucheron and a stinkier morbier). I also love buttery lightly-salted green olives. 1 bunch of baby turnips
salt and pepper, to taste
lemon wedge
1/4 cup of water or sherry
1 tablespoon of butter

1. Trim the turnips by removing the green tops from the round turnips. Cut off the bottom, pointy ends of the turnips. Toss any yellowing leaves.
2. Chop the turnip leaves roughly and toss in a bowl along with the trimmed baby turnips.
3. In a small, nonstick pan, heat the butter.
4. Toss in the turnips and greens, sprinkle with some salt and pepper, and add the water.
5. Cook on medium-high heat for about 5-6 minutes, tossing around a bit.
6. Give the turnips a nice squeeze of lemon at the end.
7. Remove from heat and serve. Add more salt & pepper, to taste. 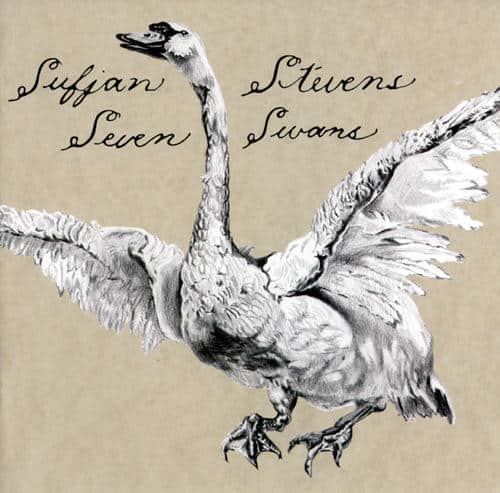 At first thought, pairing an album with baby turnips and greens seemed pretty hard. I sought inspiration in a variety of sources. Some foods have symbolism, but despite significant research (i.e. I looked up turnips on Wikipedia), I could find no symbolic meaning associated with turnips. I even busted out the Oxford English Dictionary in order to look into the etymology of the word turnip, and found no inspiration there. However, I did learn that the earliest usage of turnip found in the English language is from a recipe dated approximately 1533, which noted that when “turnepes” are “boyled” they “norysheth moche” (although, as an fyi for the nerds like me, turnips do appear much earlier in Latin, and references date back to Pliny the Elder and Columella from the Roman Empire). After deciding to give up on inspirational gimmicks, I decided just to look for a simple, beautiful album. An album that is warming, earthy and that norysheth moche, er… is very nourishing. The result of this search was Sufjan Stevens‘ 2004 album Seven Swans. Head over to Musical Pairings @ eating/sf for the rest of the review.–Matthew

Halibut and Grapefruit-Jicama Salad and My Intentions