A Season of Change: Truffled Gnocchi - Turntable Kitchen
Log In or Register
0 Items

A Season of Change: Truffled Gnocchi Do you still get excited about getting the mail? I generally don’t. Increasingly, I find that friends send fewer handwritten cards (email and Facebook have become our de-facto communication channels–even when it comes to birthday and holiday wishes) and I just don’t find catalogs that exciting anymore. I rarely receive packages at home (I generally send them to my work), so my apartment mailbox is largely a deposit for junk mail. Except around the last week of every month, when I eagerly anticipate the arrival of Saveur. I try to savor it, and only flip through a few pages at a time, but often end up devouring the whole magazine in a matter of several hours.

There is something to be said about being able to curl up with a beautiful, glossy magazine filled with photographs and stories of food and travel. It takes me to Italy and Turkey, Greece and Israel. It makes me want to travel through food. Someone recently asked me where I find inspiration for cooking and the answer is: practically everywhere. I’m inspired by family and friends, fellow food bloggers, restaurants, travels, and favorite websites and magazines.

Today, Saveur captures me the way that National Geographic captured me when I was a kid. Instead of cutting out images of countries with safari packages, I fold over edges of food magazines like Saveur. Only these days, I don’t just dream: I set aside these folded pages, only to return to them and take action. Cooking is an actionable daydream.

As I have done many times before, I folded over this recipe for truffled gnocchi, provided by a restaurateur in Boston, seemingly ages ago. Yet when I saw chanterelles at my farmer’s market, a spark went off and I remembered the dish. I wanted something lighter than a cream sauce, and peas were no longer in season, so I added my own twist: a more earthy mushroom topping, atop delicately truffled potato gnocchi that were tender as could be.

These days, you may have noticed I’ve been posting a little less frequently than usual, but take note–it’s not because I’m any less inspired. We’re getting closer and closer to launching Turntable Kitchen, and I’m sitting on a lot of recipes that I am itching to share with you. But as we get into the final stages of development, we’re focusing on creating a site that we’ll be really proud to share with you. It’s a season for change. 1. Boil the potatoes in a large pot of salted water until fork-tender (about 20 minutes). Drain and allow the potatoes to cool before peeling.
2. Mash the potatoes in a large bowl until smooth. Add the flour and salt, and work into a dough using your hands.
3. Make a well in the center and add the egg and truffle oil. Knead the dough using your hands until it just comes together. You don’t want to over-knead–it will make the gnocchi tougher. Add more flour if the dough is too sticky.
4. Line a baking sheet with parchment paper and flour lightly.
5. Roll the gnocchi dough until it’s about 1/2 inch thick. Use a knife or a pizza cutter to cut the dough into 1/2 inch wide strips. Use your hands to roll the strips into ropes.
6. Cut the ropes into 1 inch pieces. Press down gently on each piece with the back of a small fork to make light ridges on the surface. As you form the gnocchi, transfer them to the floured parchment sheet. Cover the sheet with a kitchen towl and place the gnocchi in the refrigerator until you’re ready to cook them.
7. When you are ready to cook the gnocchi, bring a large pot of salted water to a boil. Drop in the gnocchi and cook for about 3 minutes (until they have all risen to the surface). Remove the gnocchi with a slotted spoon and set aside while you make the mushroom topping.
8. Heat a few tablespoons of olive oil in a large, non-stick skillet over medium-high heat. Add the mushrooms and saute for a couple of minutes.
9. Add the garlic and shallot, and saute for a few more minutes, until the mushrooms are tender and any liquid has mostly evaporated.
10. Add the gnocchi to the skillet, stirring to combine them with the mushrooms. Season with salt and pepper. Transfer to a serving platter and top with Parmesan cheese and parsley. 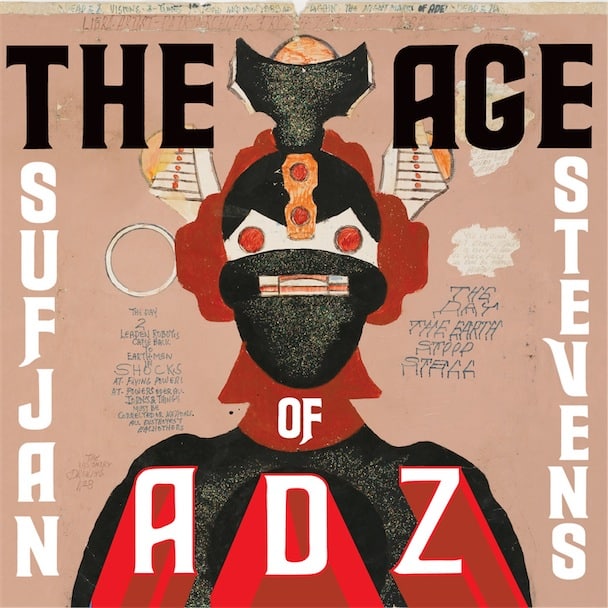 Kasey and I rarely back-away from recipes that feature hearty, complex flavors. In fact, many of my favorite recipes are luscious, earthy and rich. Kasey’s truffled gnocchi with chanterelle mushrooms is a great example of this. It is a smooth, lush recipe with big flavors. And it pairs well with Sufjan Stevens’ latest epic – The Age of Adz. At one of his recent performances in Oakland, Stevens noted that The Age of Adz was an album about process. Previously celebrated primarily as an exceptional songwriter, for his latest work, Stevens abandoned his familiar tools, opting for a less structured form of craftsmanship that focused on development through sonic exploration and process-driven production. As a result, The Age of Adz is an artisanly blended hodge-podge of coarsely chopped IDM, Kid A-esque electronica, gospel, and folk that alluringly sparkles, bleeps, bloops, organically resonates, and hums in equal measures. More at Musical Pairings. — Matthew