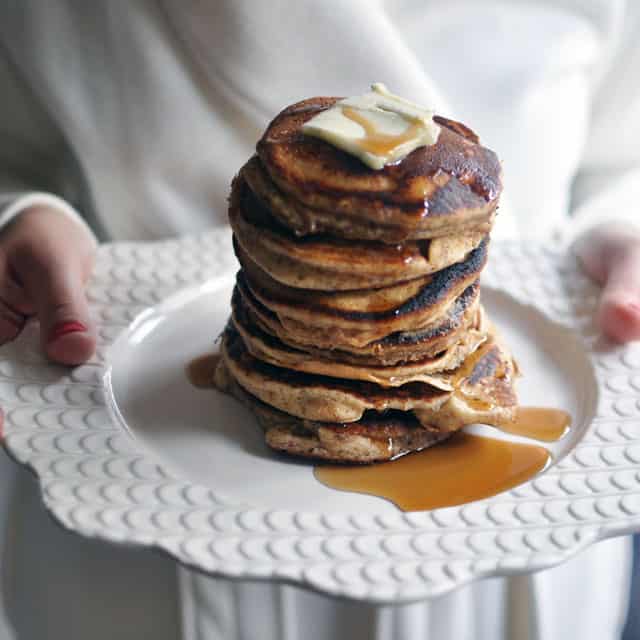 I’m turning 30 in a few short weeks. A nice number. If feels heavy, but in a good way. Like a quality watch, or a cutting board made of real wood.

I have accomplished a few things that I am proud of. I never made a ’30 before 30′ list. I have visited 19 countries in my 30 years. I counted, recently, when a friend told me she was going to hit 30 before 30. And I had a baby. I just sort of went with it once I knew it was happening, trying hard to not make it a turning point in my life, even though in the grand scheme I realize adding a human to the world is a big deal. I thought about it so long and hard that I thought I’d never actually make the decision to have a baby until it just happened and then I realized I shouldn’t have been thinking about it so much. She still feels new to me. Sometimes when she smiles or giggles, as she does often now, I am reminded that she still has no teeth, but then she’ll look so seriously and intently at me that I realize she’s a legitimate person. A person with no teeth. 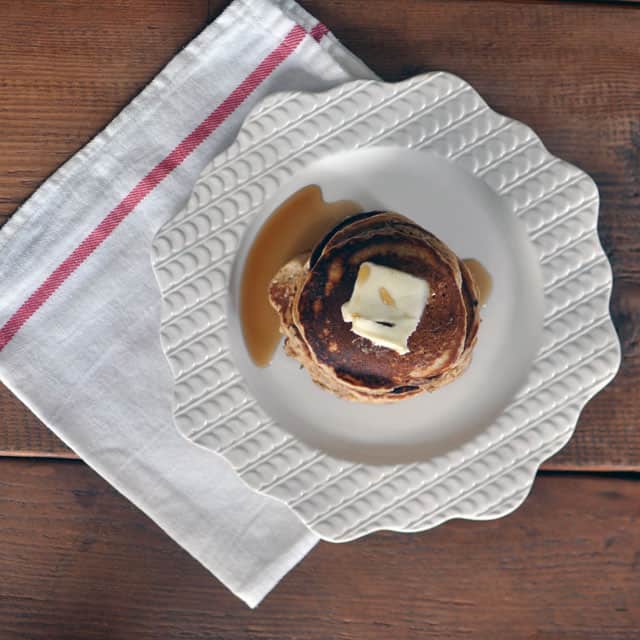 You see, I am not a fan of life lists because I don’t really like to-dos. I do not like reading lists or grocery lists, and I especially dislike to-dos. I even dislike the word ‘to-do.’ Is a a TO-do? A toodoo? A to-DO? I’m not trying to prove to myself that I can be 50% more awesome if I could check off a few more boxes. Sometimes, I fall hard into this trap and I try to be everything to everyone. I’ll overcommit, and I’ll spend too much time talking about how I’m not leaning enough or leaning too much, or how I should own a home by now, or how I haven’t been to Asia ever (though that is changing very soon!). I’m not saying I think life lists are dumb, I’m just saying it’s not for me. I don’t make New Year’s resolutions or color code my closet. Whenever I take on exercises like this, I just tend to feel shitty. So just as I have every other year, I’m skipping it. I am turning 30 and I do not own a home. I can’t wrap gifts for the life of me which is why, most times, I roll with gift bags. I am turning 30 and have only gotten one massage in my entire life. And I have never driven a stick, or dyed my hair, or tried snowboarding, or smoked a cigarette. I burn the edges of my pancakes. Every time. And they’re more delicious that way, trust me. This is the year, I’ve decided, I’m going to own it all more than I have before. I’ll wear every gray hair, every wrinkle, proudly. I haven’t LIVED, but I have been live-ing.

When I was in my early twenties, I figured that I’d celebrate my 30th birthday by renting out a club and inviting 400 of my closest friends. Back then, I was convinced I’d still be single and childless. I assumed I’d want to rent out a club and invite 400 people to it. I don’t know who I thought I was, or was pretending to be but one thing I like a lot about the end of this decade and the start of a new one is that I no longer have to wonder; I know. I still wonder about stuff — where we’ll live in the long-term, how we’ll continue to juggle as Neko gets older, how we’ll afford to save now that we’re spending a fortune on childcare. But I don’t wonder about me. My feet are firmly planted on the ground. 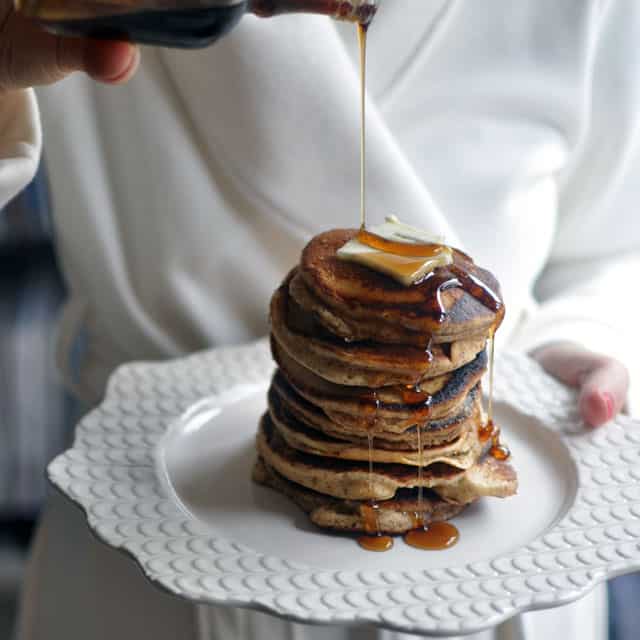 1. Add the eggs, milk and vanilla extract to a medium bowl and whisk to combine.
2. Stir in the almond and whole wheat pastry flours, salt and baking powder. Mix until smooth.
3. Heat 1 tablespoon of butter in a large, non-stick skillet over medium heat. Pour 1/3 cup-fuls of batter into the skillet, without overcrowing the pan (I usually do 2-3 at a time). Cook, without disturbing, until bubbles begin to form on the surface. Flip and cook until the edges are crisped and both sides are golden. Continue to scoop 1/3 cup-fuls of batter into the skillet (re-butter as necessary) until you have used up all of the batter. Adjust the heat so as not to burn the pancakes. Serve the pancakes warm, with butter and maple syrup. 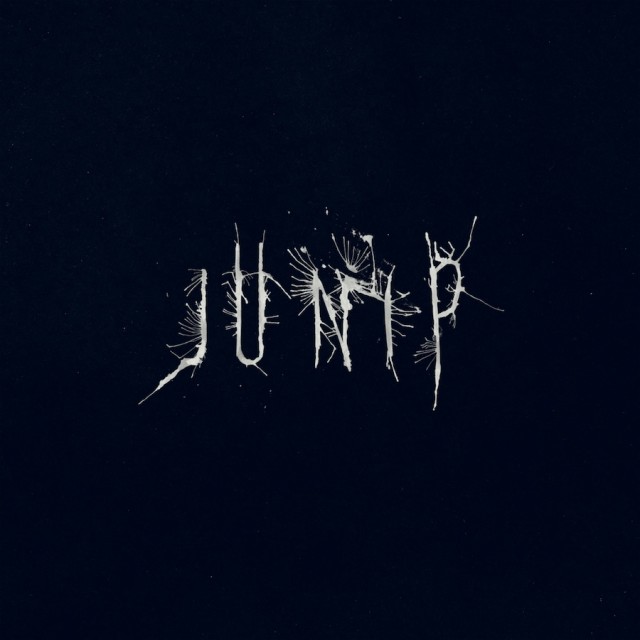