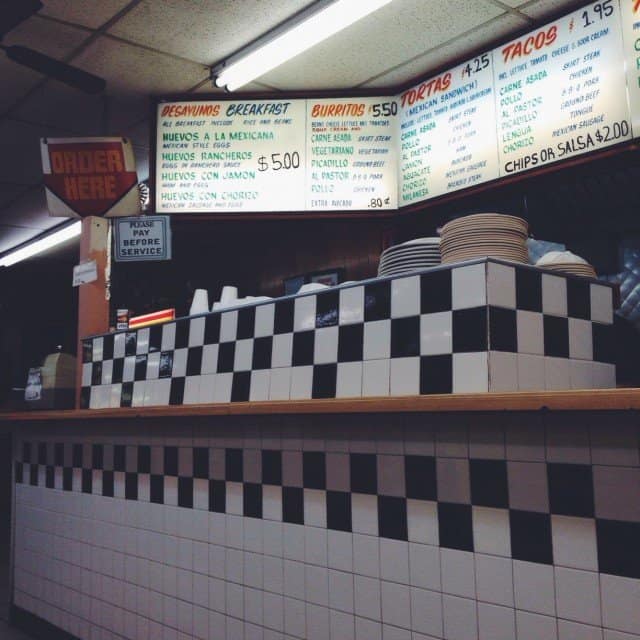 Have you ever wondered what life’s like for your favorite band on tour? What do they eat before/after a gig? Where did they eat when they stopped in your town? What are they listening to in the van as they jump from gig to gig? Well, we’ve got your covered. Courtesy of Roll Call Records, our friends in Typhoon have graciously offered to share a journal of their food and music experiences as they embark on their tour in support of their magnificent new album White Lighter. Dubbed “Tour Pairings” we’ll be sharing updates about twice a week, so stop back to read more. If you’ve missed them, you can catch up on Kyle’s post about Denver, Devin’s post about Vancouver, and Jen’s post about Saint Louis.

I love tacos. In Portland, I often eat tacos from trucks multiples meals a day. Some friends in Chicago (shoutout Joshstock) told me that there were awesome late night tacos a few doors down from Lincoln Hall. I ran over pretty much immediately after we finished playing.

The place is Allende, and it was everything I wanted: harsh white light,  hand painted menu, and tacos for less that $2. I was told to try the chorizo, and I always have to try the Al Pastor. This place did the Pastor right- slow cooking on a big ol’ spit right behind the counter.  The chorizo was big on flavor. Both tacos hit the spot hard. I’ll be back, Allende! 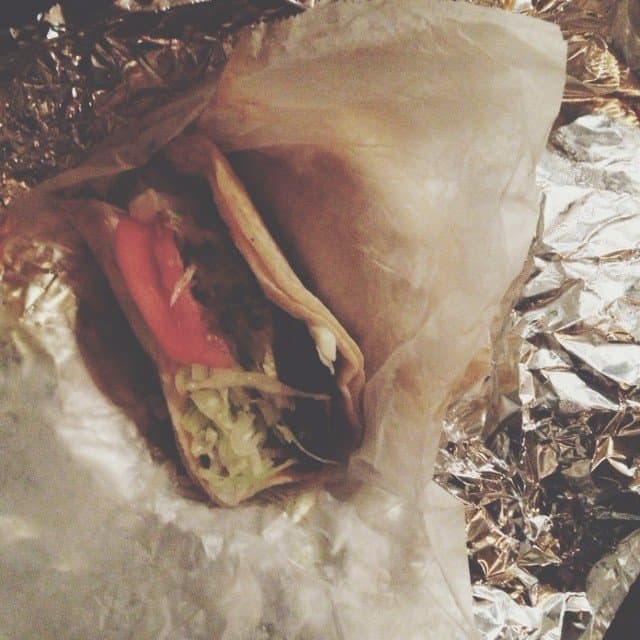 Don’t forget, you can score a copy of White Lighter on limited-edition vinyl directly from the band’s website. Our limited-edition, hand-numbered single for “Dreams of Cannibalism” (which is backed with the non-album track “Rules of the Game”) is now sold out. Nonetheless, we’ve got some awesome artists lined-up for the next several months that you won’t want to miss, so subscribe to Turntable Kitchen Pairings Box now if you don’t want to miss out.