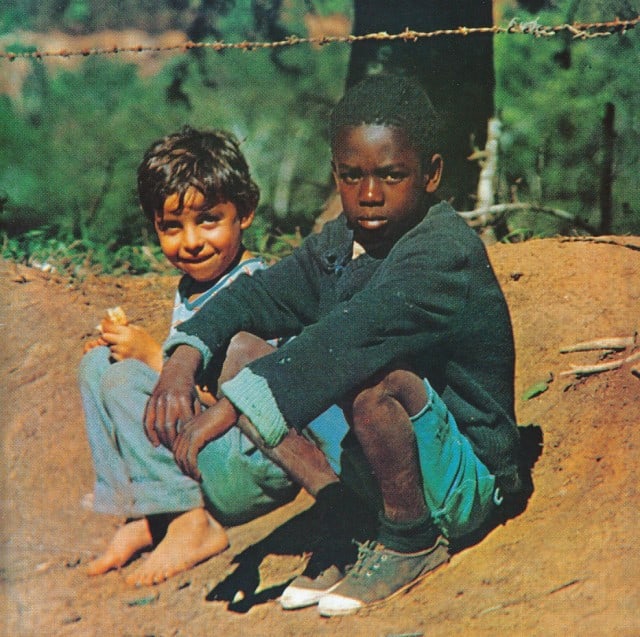 I’ve made it no secret that I honestly believe that some of the greatest music ever recorded spawned from Brazil in the late 60’s and early-to-mid 70’s. The era saw the release of a slew of brilliant albums by Jorge Ben (including a spectacular collaboration with Gilberto Gil), several classics by Joao Gilberto, and a number of important LPs by artists like Gal Costa, Lô Borges, and more. But although you could describe any of those albums as essential, none are more breathtakingly beautiful and awe-inspiringly adventurous than Clube Da Esquina by the musical collective led by Milton Nascimento and Lô Borges.

The album was the result of a collaboration between Nascimento and Borges who’d lived in the same building for years. During that time, they co-founded a musical collective that included a number of talented musicians from the region. They referred to themselves as “the street corner gang” (which is where the album gets its name) and wrote music together drawing from their unique talents and diverse, shared inspirations (which included Tropicália, bossa nova, Brazilian popular music, soul, jazz, psychedelica, vocal pop, and rock ‘n roll a la The Beatles). By 1972 they’d recorded a double album’s worth of material for their debut Clube Da Esquina.

Listening to the album forty years after it’s original release it’s hard not to be blown away by how stylistically dynamic and self-assured the whole thing is. Indeed, throughout the album the group weave together an audacious tapestry of genres, crafting compositions that could still be considered incredibly forward looking to this day. Many of those compositions wander freely without restraint between diverse elements in such a way that it’s continuously surprising to discover how dramatically their songs can transform over the course of a track. And the whole thing is masterfully produced boasting a range of sonic textures so vivid you’d almost swear you could touch them. The album’s second cut, “Cais,” is a perfect example. It opens with little more than a finger-picked acoustic guitar and Nascimento’s smooth vocals before abruptly jutting unexpectedly into a bright, minimalist piano-led melody about half way through. The soundstage is incredibly broad, and, as a result, the percussive elements that accent the opening guitar and vocals ring out with a crisp clarity that is almost visceral. And yet it proves to be conservative compared to many of the transitions and sonics flaunted on the second half of the album.

Undeniably, from start to finish the album’s more than worthy of being considered a masterpiece. And it’s one of those albums worth listening to as a whole from start to finish. A few of my favorites include “Cravo e Canela,” “Clube da Esquina nº 2,” “Paisagem Da Janela,” and “Trem De Doido.”

Wonderfully textured, bright, and beautifully surprising, the album’s a great musical pairing for the Blackberry Almond Skillet Cake recipe Kasey is featuring on the site today.

You can buy a lovely vinyl reissue of Clube Da Esquina over here. Then head to the Kitchen to read Kasey’s latest post including the recipe for that Blackberry Almond Skillet Cake.

A Mother’s Day Giveaway with Sucré