Served Three Ways: Three Covers of Rolling Stones' "(I Can't Get No) Satisfaction" - Turntable Kitchen
Log In or Register
0 Items 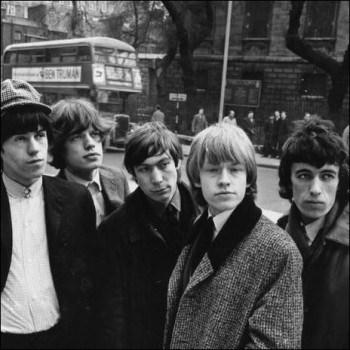 The memorable three note guitar riff powering the Rolling Stones’ “(I Can’t Get No) Satisfaction” was intended as a throwaway placeholder to be replaced with a blaring horn section. The band ultimately decided to stick with the guitar, and, according to Mick Jagger, it was that track that “changed [The Rolling Stones] from just another band into a huge, monster band.” The track ended up being the band’s first-ever number one hit in the United States. Initially the song was only played on pirate radio stations in England because the lyrics were considered too sexually suggestive but it later became the band’s fourth number one hit in the UK as well. It’s been covered numerous times by artists including Devo, Britney Spears (you don’t want to hear it – trust me), and Aretha Franklin (you do want to hear this one). You’ll also find a great, 12-minute version on The Great Lost Album by The Vagrants. Each of these versions offer an original take on the track.

I want to hear which one is your favorite, so tell me what you think in the comments.