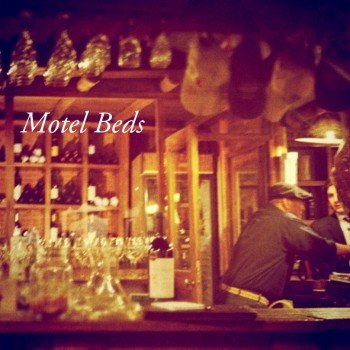 Dayton, Ohio’s Motel Beds are on fire. Earlier this year they released one of my favorite records so far of 2011: Sunfried Dreams. They’re now playing the No More Fake Labels showcase at CMJ on October 20th. And they’ve already prepped the follow-up to Sunfried Dreams, titled Tango Boys, which is as solid as rock and features a duet with none other than Kelley Deal (of Breeders fame). So we’re honored to release their very first ever vinyl single as part of our very first ever Pairings Box. The a-side “Western Son” is one of Sunfried Dreams‘ highlights with it’s slow-burning guitar-leaden groove, steady percussion, rubber-band crisp bassline and singer PJ Paslosky’s crackling, reedy croon. The b-side was recorded specifically for the single is an alternate-take of album track “Surfjerk.”  It’s a surf-rock inspired ballad with a soft, gliding melody and a rhythm as smooth and oak-infused as a tumbler of fine scotch.

The Western Son / UK Surfjerk 7″ is only available through our nearly sold-out October Pairings Box. I promise you, you’ll be hearing more about them in the future.