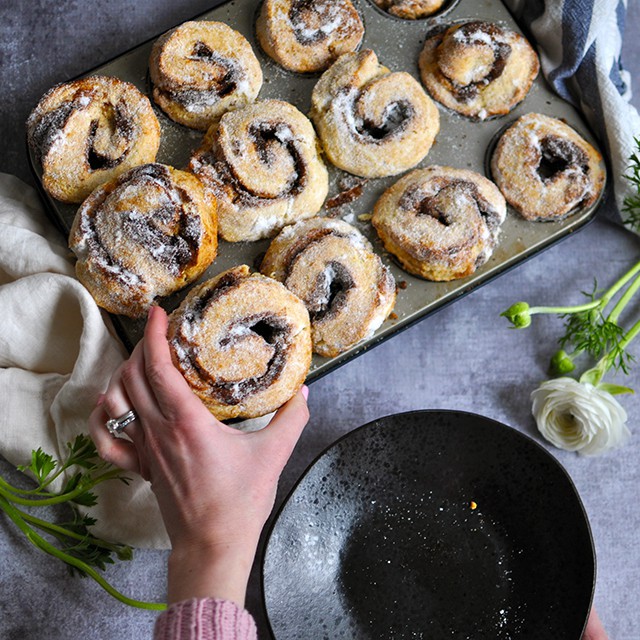 I recently joked to a friend that if my content of the past 6 months were turned into a haiku (ignoring the whole 5-7-5 rule), it would go something like this:

Motherhood is rough!
We live in Seattle!
Winter is long! 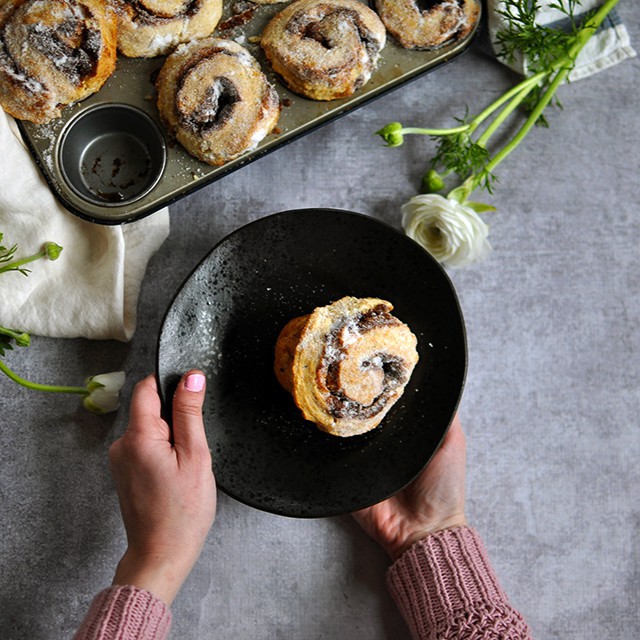 It got me thinking about how each phase in life comes tied to a big theme, or a few mini themes. I think the first is going to stick around for a while. The second is probably already getting a bit dated; we’ve lived in Seattle for 1.5 years already — how is this possible?. I promise that soon, I’ll stop talking about how we “just moved to Seattle” or that I’m “from San Francisco.” The last, I hope to God is one I don’t need to revive until next winter because ohmygod did anyone else feel like this winter was the longest winter there ever was? 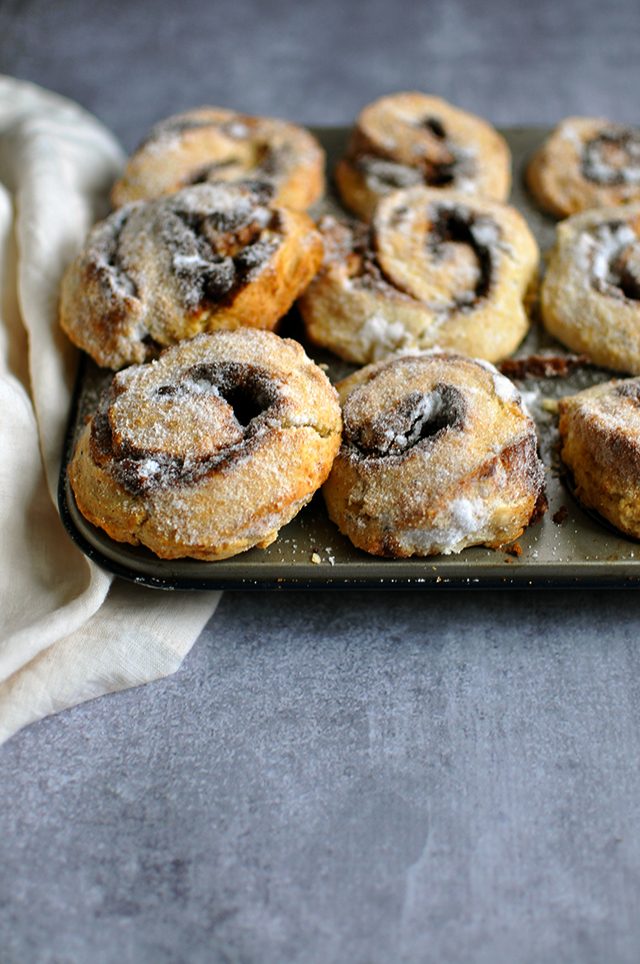 Combined with the fact that I am basically the opposite of a homebody and my children are currently in what I consider to be one of those super fun / super tough ages, it felt like I fell into a big, deep hole and am only now starting to emerge from under there. I had a lot of lot of dark days (both figuratively and literally). Seattle, you guys, I get it. Winter sounds all moody and romantic and in December, it’s about right. But come March and now, here we are in April, it’s downright SAD with a capital S. Maybe next year I should get one of those lamps? 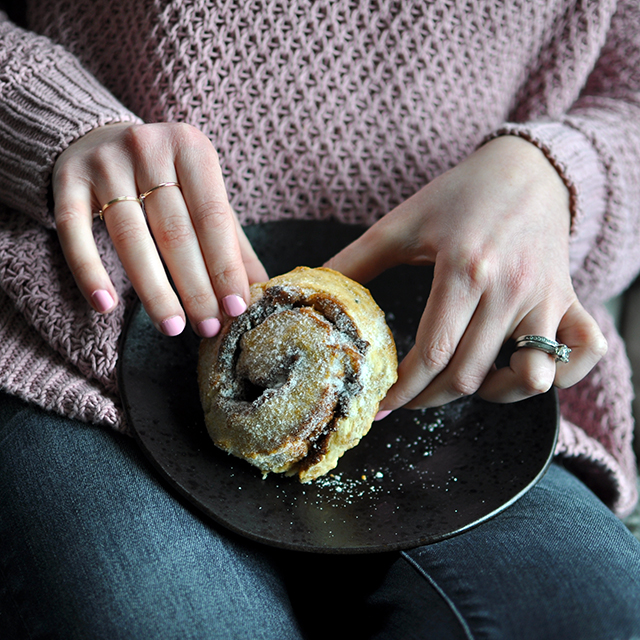 I’ve never been good at handling failed kitchen experiments, but failed kitchen experiments since having kids pretty much guarantee a good cry for me. You see, I’m a perfectionist by nature and I’m particularly sensitive when it comes to spending my time on something and then feeling that that precious time was somehow wasted. I had grand plans for making these cinnamon buns that initially got derailed by an incorrect grams to cups conversion. I sadly threw out my dough in frustration and went to bed. 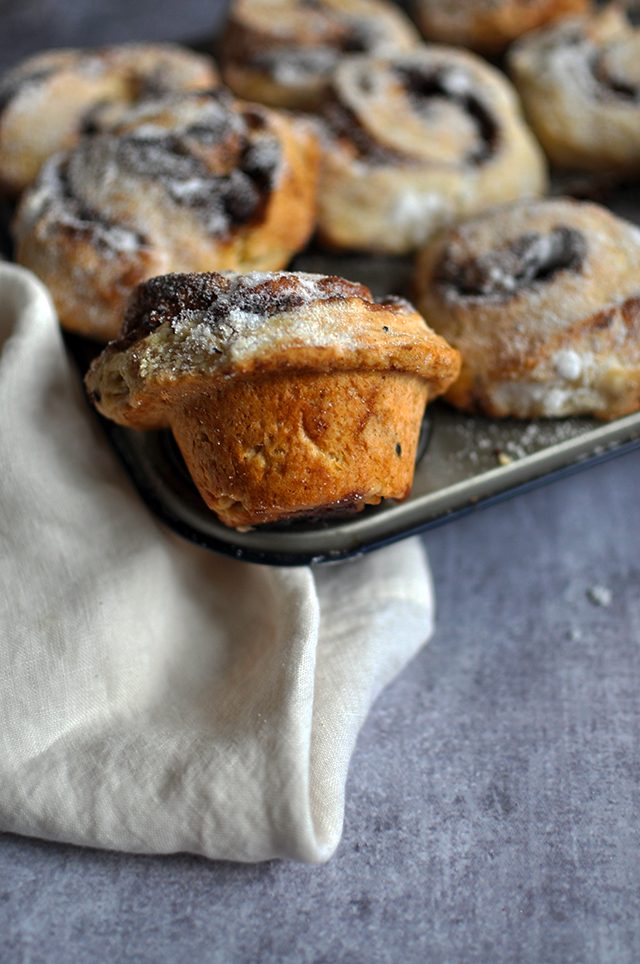 The next afternoon, when every single one of my three children seemed to be having a meltdown, I made an announcement. “We’re making cinnamon buns!” I told an unenthusiastic crew of whiny small people. I opened nearly all the kitchen drawers. I let the flour spill from the counter to the floor. I silently caught a glance of my daughter, Mila, lick some flour directly off the flour. But I focused on the dough. 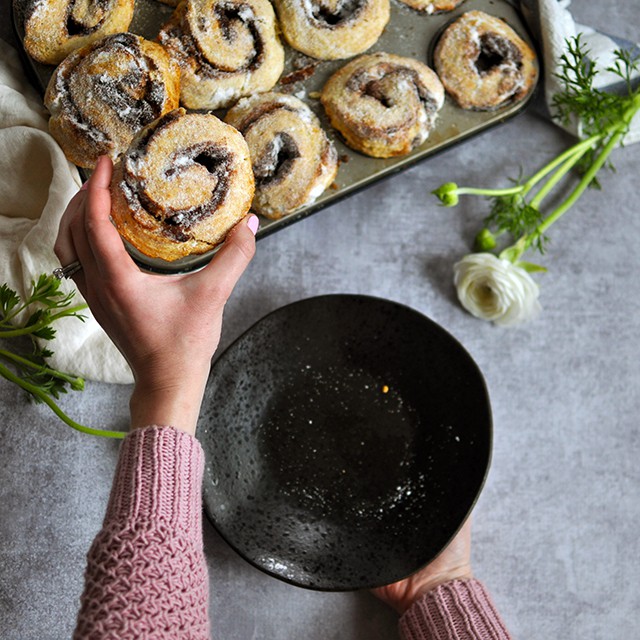 I let go of my expectations for clean counters, a healthy dinner plan, order. The second time around, I paid close attention to the measurements, and the dough came together beautifully. It was as if the universe understood that I needed a cinnamon bun, or three.

I know that there will inevitably be a shift in the winds: things will feel easier and then harder again. But the promise of cinnamon buns requiring no rise, no wait, no overwhelming plan, will beckon, always.

For the buns
4 cups of plain flour (560 grams), plus more for rolling the buns
2 tablespoons of aluminum-free baking powder
2 teaspoons of kosher salt
2 teaspoons of ground cardamom
1 cup of cold unsalted butter, cut into small cubes
2 cups of cold milk

1. Preheat the oven to 390 degrees F and generously butter a 12-cup muffin tray.
2. Make the filling by melting the butter in a small pot over medium-low. Combine the sugar and cinnamon in a small bowl.
3. Make the dough: place the flour, baking powder, salt, and cardamom in a bowl of a stand mixer fitted with a beater attachment. Add the butter and mix until the mixture resembles coarse meal. Then, slowly drizzle in the milk with the mixer running at medium-low speed. Mix just until the dough comes together, then transfer it to a floured work space.
4. Fold the dough over two- three times then roll it out into a rectangle that’s about a half inch thick. Brush the dough with the melted butter and cover with the cinnamon sugar. Roll from the long end, sealing the roll by pinching and twisting the dough along the edges.
5. Give the roll a gentle squeeze to make sure it’s of uniform thickness, then cut it, crosswise, into 12 rolls. Take one roll and peel back a loose end of dough, tucking it under to cover the bottom. Then, gently tuck into the muffin tray slot with the flap down. Repeat this with the rest of the buns.
6. Place the tray in the oven and bake for about 25 minutes, or until the buns are golden.
7. Once done, remove them from the tray and place on a cooling rack. While they are still warm, dip them in a bowl of sugar and eat right away. They’ll last for a day or so but won’t be nearly as good as they are fresh out of the oven.