You might think, if you briefly glanced at our recipes index, that we largely subsist on a diet of soups, seared tuna, scallops and cookies. I’d like to convince you that this is not true…but not today. Today, I’m going to share with you two dead simple recipes that will blow your socks off. But I must warn you: they requires some harder to find ingredients including Hawaiian red and black sea salts and heirloom beans.

To say that you couldn’t make this without the above-mentioned ingredients would be a lie, but given the simplicity of the dishes, I really think they add a little something something that you just wouldn’t be able to achieve without them. Heirloom beans, as I’ve recently discovered, will make you reconsider beans. Let’s just say, these aren’t the canned kind, and they’re not your mama’s beans either. They’re simply…butter. Better, butter. Same deal.

Ever since I started cooking up dried beans, I haven’t looked back. They’ve got better consistency, they’re more flavorful, and they don’t turn to mush. What’s even more exciting about them is that they come in so many varieties! In a way, I now approach heirloom beans the way that I approached my sticker collection in the 3rd grade. Every trip to the market means a new opportunity to ogle and touch and store away in my pantry. I hope I have not completely alienated you by admitting that I had a sticker collection in the 3rd grade, but judging by the 9 million + results that come up when you do a Google search for “sticker collecting” make me think you probably had a sticker collection too. And maybe now, are considering an heirloom bean collection. We are on the same wavelength, you and I.

When we got our hands on some fresh ahi tuna, we knew exactly what we were going to reach for in our pantry: the black and red sea salts that my parents brought back for me from Hawaii. But wait, I had a new package to open, too. Rancho Gordo beans. And so came together this perfectly simple meal that delivers big on day one…and day two, if you’ve got leftovers.

1. Brush both sides of the fillets with some olive oil and season with a bit of salt and pepper on both sides.
2. Heat about a tablespoon of olive oil in a large cast iron skillet over medium-high heat. Cook for about 1-2 minutes on each side, depending on how raw you want the fillet in the middle. Allow the fish to develop a nice crust.
3. To serve, sprinkle with a mix of red and black Hawaiian sea salts and give each fillet a nice light drizzle of toasted sesame oil. Serve with Lime-Spiked Heirloom Bean Salad.

1. To make the dressing, combine the oil, salt, pepper, garlic and lime juice. Whisk to mix.
2. Toss the greens and heirloom beans with the dressing. You could cook the beans ahead of time, or toss the warm beans in the salad–delicious either way. Use some of the Hawaiian red sea salt for additional color and flavor.

*Both the tuna and the salad make great next-day leftovers. The beans really soak up the flavor of the dressing. You could thinly slice any leftover tuna fillet and serve atop the salad for a delicious lunch. 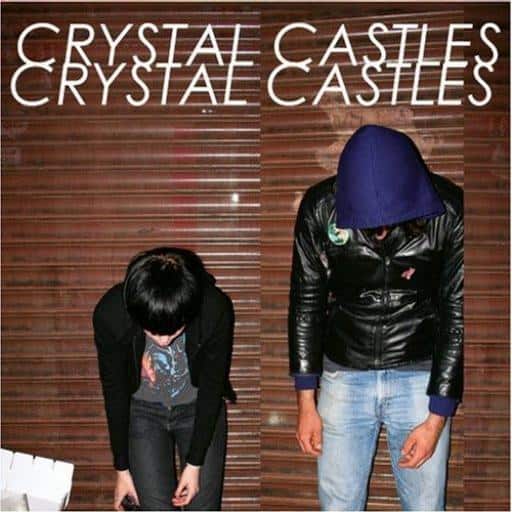 Today’s recipe is as delicious as it is cool. Which is to say this is an easy, flavorful dish you’ll want to try for yourself. I can think of nothing that says both “awesome”” and “modern” cuisine better than seared ahi tuna seasoned with Hawaiian sea salts and accompanied by a lime-spiked heirloom bean salad. Clean, fresh ingredients. Seared almost rare, ahi that would have terrified your grandparents, but rarely raises eyebrows today. Did I mention the Hawaiian sea salts? Well worth your dime if you can find them in the store. Oh, and earthy, tasty heirloom beans mixed into fresh greens. This recipe is so “now.” So for a hip, modern pairing I turned to Toronto-based Crystal Castles’ self-titled debut album. Crystal Castles is a grimy indie electronic dance album that just feels equally fresh, modern and cool. For more on this album, head over to Musical Pairings‘ home. –Matthew