If There’s One Thing You Need to Know 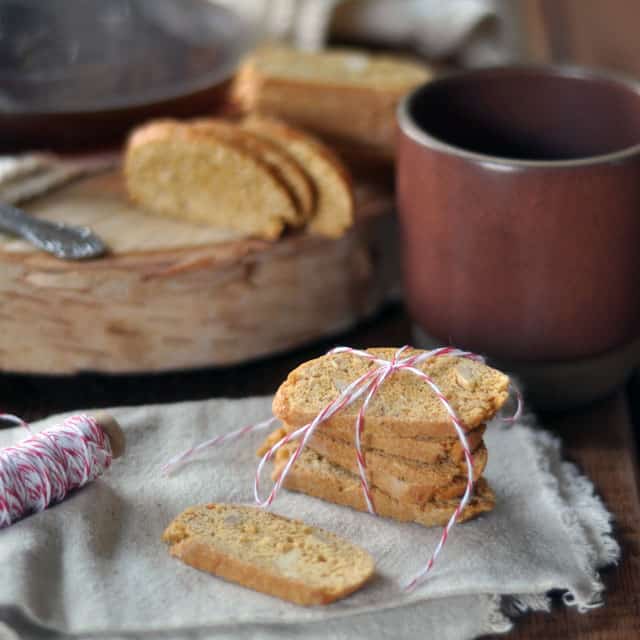 If there is one thing you need to know about my husband it is that he loves his coffee, dare I say, as much as he loves his music. And because today is his birthday (happy birthday, Matt!) I thought I’d share a recipe from his new favorite cookbook — The Blue Bottle Craft of Coffee: Growing, Roasting, and Drinking, with Recipes.

My husband’s devotion to the perfect cup of coffee is, in many ways, indicative of his personality. He is loyal and determined, thoughtful and attentive. He has the good sense to look at my Pinterest boards to gather ideas for gifts, always opens the door for me (and any other woman who happens to be with us), and generally puts other people’s well-being ahead of his own. I try to make my own gestures to show him how much he’s appreciated around here, and baking up some treats to go with his morning brew seems like an appropriate way to kickstart a birthday morning.

Most of the cookbooks in our house are ones that I seek out but this one, this one was his request. After hearing great reviews from Sara and Hugh, Matt got about as excited about a new cookbook as I’ve ever seen him get. When it arrived, addressed to me, it was promptly handed over and for the first time, bedtime cookbook reading wasn’t just my sport, it was my husband’s, too. So far, he’s mastered making coffee in the Chemex, and is already a Turkish coffee connoisseur. He’s also now acquired a Burr grinder, which he swears makes an immense difference in the quality of his brew. 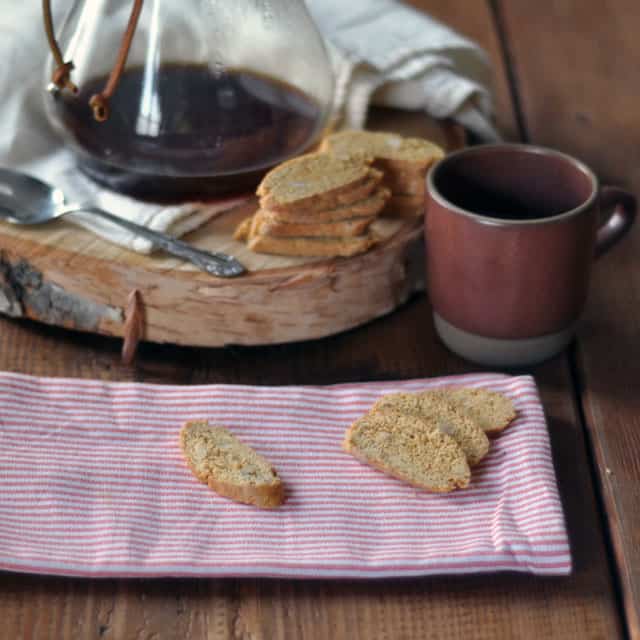 Approximately half of the book’s pages are devoted to the art of coffee making while the other half feature some gems from Blue Bottle’s repertoire of recipes, as well as a handful of recipes from guest chefs and friends. Of course my eyes immediately landed on the biscotti because as much as I love a good cup of coffee, I generally find it to be an excuse to indulge my sweet tooth. These crispy little cookies, which come from a San Francisco restaurant called Pizzetta 211, are the sort of thing that are quite easy to whip up, but feel exceptionally unique largely due to the presence of an unexpected ingredient: saffron. While they are certainly not savory, they’re the kind of treat someone without a sweet tooth would appreciate as much as I did. They’re small enough and thin enough to ensure that you’ll eat a lot in one sitting, and are the perfect accompaniment to a cup of coffee, however you take it. You’ll also have quite a bit of fun asking friends to identity that mystery flavor before you reveal the secret.

On a more serious note, I just wanted to send lots of hugs to all of our friends on the East Coast in light of the devastation of Hurricane Sandy. You’re in our thoughts! 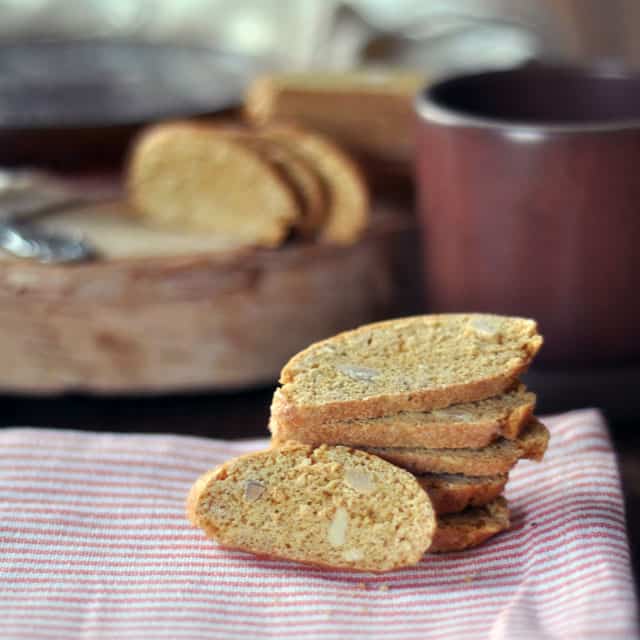 about 30 threads of saffron, ground into a powder with a mortar and pestle
1 large egg, at room temperature
1/2 cup of sugar
1/4 cup of raw almonds
1 cup of all-purpose flour
1/2 teaspoon of kosher salt
1/4 teaspoon of baking soda
1 egg white

1. Preheat your oven to 350 degrees F and line a baking sheet with parchment paper.
2. Combine the egg, powdered saffron and sugar in a small bowl. Whisk until smooth then let sit for 10 minutes.
3. Pulse the almonds in a food processor until half are roughly chopped and half are finely ground (you can also do this by hand, but I find the food processor to be easier).
4. Sift the flour, salt and baking soda into the bowl of a stand mixer fitted with a bread hook. Mix until incorporated, then add the egg mixture and mix on low speed briefly. Increase the speed to medium and mix for 5 minutes, or until well combined, occasionally scraping the sides of the bowl, as needed. Add the almonds and mix until incorporated.
5. Flour a work surface and transfer dough to it. Knead for about two minutes, or until the dough no longer sticks to your hands. Add more flour as you knead, only as needed.
6. Divide the dough into two pieces and roll each piece into a rope about 15 inches long.
7. Transfer ropes to the baking dish, then press down lightly to flatten them.
8. Whisk the egg white in a small bowl until light and frothy, then brush the beaten egg white over the dough, making sure to evenly cover all sides.
9. Bake for 18-20 minutes, until the dough is firm to the touch and the tops of the logs are lightly golden.
10. Turn down the oven temperature to 225 degrees F. You can leave the door ajar so the heat drops more quickly. Remove the baking sheet from the oven and let cool for 10 to 15 minutes. Next, transfer the logs to a cutting board and use a sharp serrated knife to cut them into 1/4 inch thick diagonal slices. Transfer slices, cut side up, to the baking sheet, packing them tightly.
11. Return the baking sheet to the oven and bake for an hour and fifteen minutes, or until the biscotti is dried out, but not darkened.
12. Cool biscotti on the pan, then transfer to an airtight container. The biscotti will keep this way for up to two weeks. 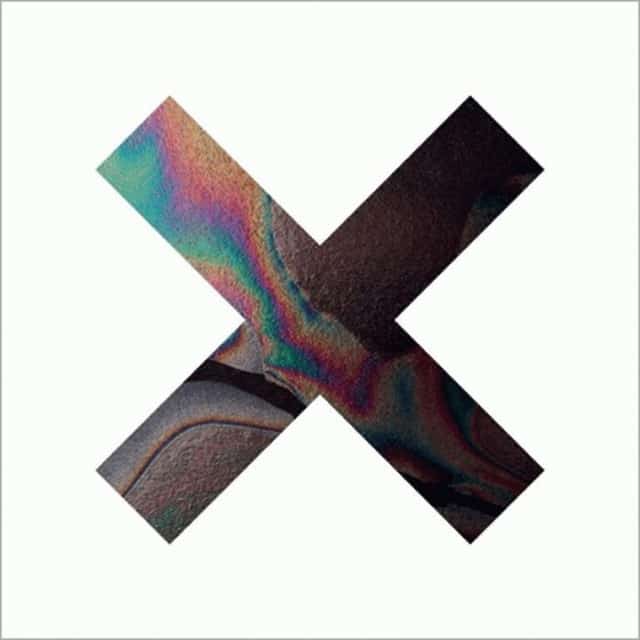