How to Cook with Your Spouse: Halibut on Minted Fava Bean and Pea Puree - Turntable Kitchen
Log In or Register
0 Items

Do you cook with your spouse? Although Matt is officially ‘the music guy’ in our household, he is no stranger to the kitchen. In fact, he and I are often working side by side in our narrow kitchen. Like staff in a professional kitchen, we sneak behind each other saying “On your right with a hot pan” and “sneaking around you with a sharp knife.” We’ve developed a well-choreographed routine. We know each other’s kitchen habits.

Matt is the chopper (I can never chop herbs and garlic and finely as he can) and the carver (my carving skills need work). He’s towers over me (at 6’4) so he’s no small sidekick in the kitchen. Therefore, I’m often the one sneaking behind him, reaching under him and generally trying to avoid getting hit. It’s a rough life, apartment dwelling. 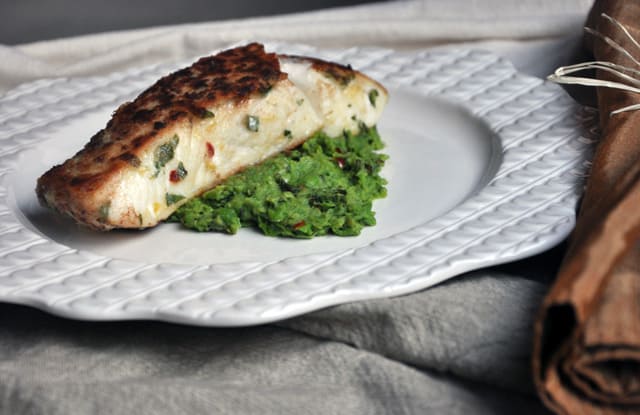 Matt is the meat/fish/chicken plater. He tends to be the one doing the searing and when I’ve plated our veggies and sides, he puts the protein on top. He’s usually very careful and artistic but some days, well, there’s just not enough room for two cooks in the kitchen.

A beautiful piece of fish we recently cooked went THUMP right on the kitchen floor. He was so ticked (and I was so startled by his expletive scream) that we became convinced that this meal was not only going into the trash, but was completely unsalvageable. Lo and behold, we examined the fish, tossed the sides that were not editable, threw it back in the pan and proceeded with the recipe (don’t judge). The end result? Spot on. I’ve never made fish with mint before but now I may be addicted. A mix of Spring’s beautiful fava beans, peas, olive oil, mint and red chili flakes created a fabulous bed of puree that I could have devoured all on its own.

So tell me, how do you cook with your spouse? Do you knock elbows with each other? Do you take turns? Is there something he/she does better than you in the kitchen, and vice versa?

1. Bring a medium pot of water to a boil. Meanwhile, remove the beans from their pods and transfer them to the pot of boiling water. Cook for about 2 minutes, then drain. Gently peel the outer layer of the fava beans and toss the peels. Set aside.
2. Mix two teaspoons of mint, 1 teaspoon of freshly grated lemon peel, a pinch of red pepper flakes and salt (to taste) in a small bowl. Rub the fish with the mixture and set aside.
3. Heat about a tablespoon of olive oil in a medium skillet and toss in the fava beans and peas. Season with salt, pepper and a pinch or two of red pepper. Add a tablespoon or two or water and cook, stirring, for a few minutes, before transfering to a food processor. Add in 2 tablespoons of mint, a teaspoon of grated lemon zest, and a tablespoon of olive oil. Whiz to puree. If it’s too dry, add a a little bit of water. Set aside while you cook the fish.
4. Flour the fish on both sides, shaking off excess flour. Heat two tablespoons of olive oil in a large, non-stick skillet over medium heat. Cook the fish, flipping once or twice, until lightly browned and cooked through (it should be completely white inside and flake easily).
5. Divide the puree between two plates and top with the fish. 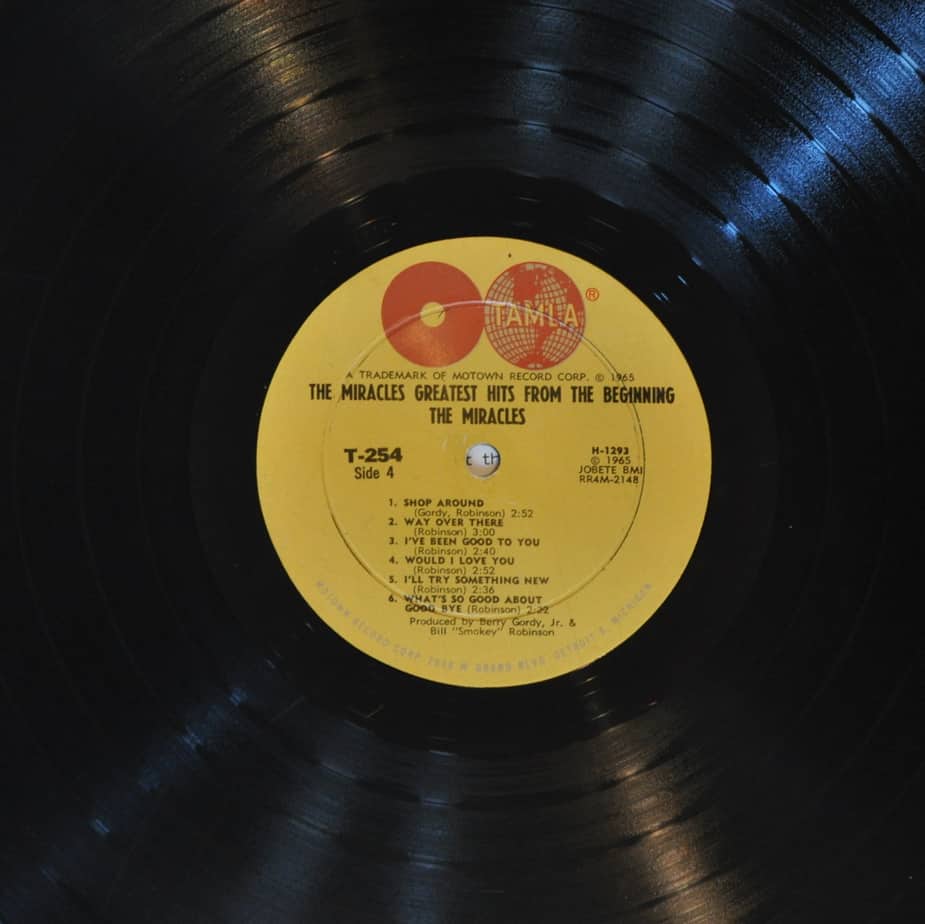 Head to the Turntable for today’s Pairing.

Roasted Rhubarb with Cardamom and Vanilla: For Baba Alla