*This post also appears as a guest post over at one of my favorite blogs called The Kitchn. I’m honored that the kind folks there approached me to contribute to their snack series this month. After reading comments that this post received over at The Kitchn, I am now convinced that the snacks I had in Portugal were actually Lupin beans, not fava beans as described in the post. I’d love to know more about these beans as I’ve been hard-pressed to find them–or any information on them–here in the U.S.

I am a snacker by nature. In fact, I cannot imagine living on 3 meals a day alone. I mean seriously? Afternoons would lose any and all appeal if I didn’t think I could relish a 3 pm snack and a cup of tea or coffee. That 3 pm break is what gets me through the day–every day. I’ve already had to give up naptime, but I in no shape or form am willing to give up snack time. And snack time, while often occurring at home or at work, can sometimes happen on the fly. At the park, in the middle of a hiking trail, on the bus, in the car and on the street. Hunger strikes and snack time saves the day. And so, I always try to leave the house prepared.

Among things that can be found in my purse on a regular basis are several tubes of chapstick because, let’s face it, there are different days for different chapsticks, mini notepads for jotting things down on the fly (despite the fact that I know I can jot them into my iPhone..it just doesn’t feel as romantic and charming) and snacks. If I know I am leaving the house for a period of time that is longer than several hours, I arm myself with snacks for fear of starving to death (is this a common ailment among people who love food?) The truth is, hunger makes me grumpy and nobody likes grumpy people–particularly not on the weekends. I don’t just relish snack time on weekday afternoons–I particularly love weekend snack time. My favorite weekend snacks range from crackers and cheese to cookies and frozen yogurt (I don’t admit to ALWAYS being a healthy snacker). But one snack I had been particularly craving lately was one that was neither sweet nor doughy. This snack reminded me of being in Portugal, sipping wine and snacking on what I suspected were some sort of fried beans, which grace nearly every bar in the country. I ate them every day I was there on a trip with one of my dearest girlfriends–and I had no idea what they were. All I knew was they were deliciously salty and addictive–the perfect little snack. At any time of day.

Since my return from that trip, I have learned that those salty little bar snacks were indeed fava beans–and I haven’t been able to find them since. What they most reminded me of, however, were good ol’ American corn nuts. I have been mulling over the idea of making my own–corn nuts that is, when I came across this recipe from Mark Bittman for making fried hominy (essentially–corn nuts). I liked everything about Mark’s recipe, except for the fact that I’d be frying corn. Having made baked french fries on a number of occasions, I was convinced that I could put my own, healthier twist on the traditional corn nut. I’d soak the hominy, boil it with some herbs and vegetables, toss it will some spices, and bake it until it was slightly crispy but still somewhat chewy. Finally, I’d toss the ‘nuts’ with a bit of extra virgin olive oil and big, chunky sea salt. So what came of my little experiment? Some pretty delicious baked corn nuts. I tossed them with a hearty amount of Spanish smoked paprika and chili powder, giving them a spicy, smoky smell and taste. They came out–as expected–chewier than their fried counterparts, but I certainly didn’t mind. I loved them slightly crunchy and warm straight from the oven, but they’re just as delicious cooled. Naturally, you must eat these with your hands and have plenty of napkins on hand. They’re just about as addictive as those little fried beans I couldn’t get enough of in Portugal. 1. Soak the hominy in a big bowl filled with water for at least 6 hours or–preferably–overnight.
2. Fill a medium pot with water, add in 1 carrot, cut in half, 4-5 sprigs of fresh thyme, 1 smashed garlic clove, the onion, the pre-soaked hominy and a few pinches of salt. Bring to a boil, reduce to a simmer and cook for 1 – 2 1/2 hours (until the skins of the kernels are beginning to split, but the kernels themselves are not completely falling apart. You should be able to pierce them with a fork, but they should still have a slightly chewy texture).
3. Using a fine mesh strainer, drain the kernels, sprinkle them with a few pinches of salt and let them strain for about 30 minutes. Toss the vegetables and dry the kernels well with paper towels.
4. Preheat your oven to 400 degrees F.
5. Transfer the kernels to a bowl and toss with the spices and a few pinches of sea salt.
6. Spread the kernels in an even layer on a Silpat or parchment paper-lined baking sheet and roast for approximately 15-25 minutes (until the kernels appear dried and are slightly crisped–but not burned). Be sure to toss every 8-10 minutes so that they don’t burn.
7. To serve: drizzle the nuts with some extra virgin olive oil and generously sprinkle with fleur de sel or any large-grained sea salt. Eat warm or cool. Baked corn nuts can be stored in sealed container for up to one week. 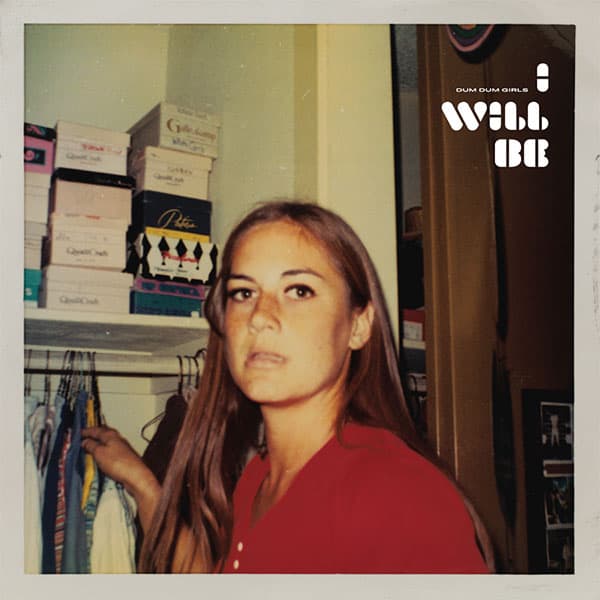 The baked, spiced ‘corn nuts’ featured on eating/sf are not your average cornnut. For one, they aren’t as crunchy as the fried ones you’d normally find in a store (and are healthier as a result). Instead, they have a sort of crisp chewiness to them. And, of course, as advertised – they have a salty spiciness. They’re a substantial snack to prepare for a small party, game night, watching sports, or just hanging out having a
drink with friends. With crisp melodies, a slight crunch, and a definite spiciness, Dum Dum Girls‘ I Will Be is my choice for the recipe’s musical pairing. Sub Pop released the debut full length on March 26, and it has continued to be a Musical Pairings favorite ever since. Read more at Musical Pairings. –Matthew