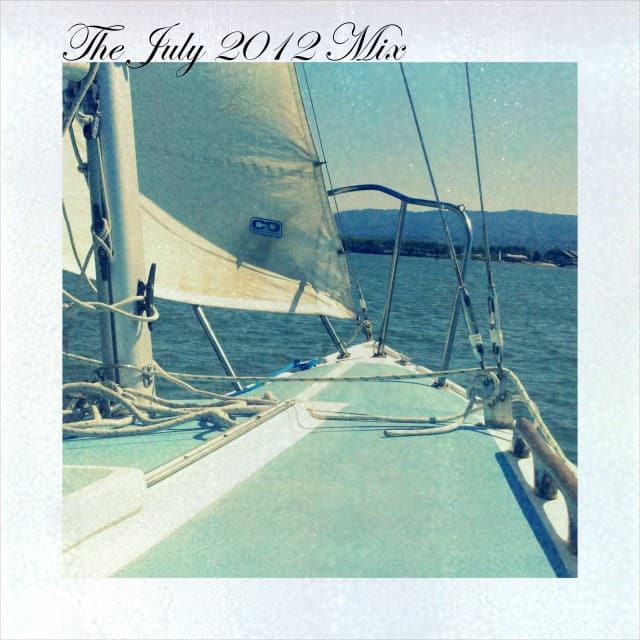 Some of my mixes come together quickly and some are harder to piece together. For whatever reason, the July 2012 Mix was one of the harder mixes to piece together. Nonetheless, in the end I think it came out quite nicely and I think you’ll agree. We’ve got blazing hot new music from Frank Ocean, Ariel Pink’s Haunted Graffiti, Tame Impala, Sean Blackthorn, Lord Huron, and Flying Lotus (feat. Earl Sweatshirt and Tyler no less). There are also jams by newcomers including Leif, Young Hunting, Seatraffic, Yuna, The People’s Temple (who we were introduced to by our newest contributor Robert), and Arc In The Round (who we were introduced to by our friend Bruce). There are some interesting covers and some engaging remixes. There is indie rock, indie r&b, a little electronica, and some hip hop. Yup, the July 2012 Mix might just have it all. And now you do too.

Also, you may have noticed that we’ve had a few changes around here recently. For example, you may find the Turntable Kitchen Market of particular interest. At the moment we’re selling a few items including a pair of specially designed TK shirts. We’ve only had a limited number of the shirts made and they are selling pretty quickly. Order before the end of the week and we’ll throw in a few goodies leftover from our previous Pairings Boxes.