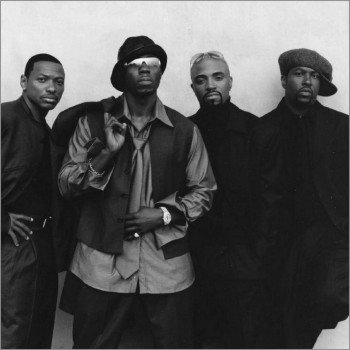 Blackstreet was formed in 1991 by singer producer Teddy Riley. Interestingly, Riley named the group by combining the names of two of his original group members, Chauncy Black (a.k.a. Chauncy Hannibal) and Joseph Stonestreet. However, Stonestreet only released one single with the group (1993’s “Baby Be Mine”) before departing for his own reasons. Subsequently, he was replaced by Dave Hollister who appeared on the group’s debut album and biggest singles, including the smooth, Bill Withers-sampling “No Diggity.” Inspiration for the tune came from an unreleased L.L. Cool J remix of their track “I Like The Way You Work” (from their debut album). The new track was a smash hit selling 1.6 million copies, winning a grammy, and replacing the obnoxious “Macarena” for the #1 spot on the Billboard Hot 100. Here, I have three covers of the tune including one that blends it into a cover of the track it samples: Bill Withers’ “Grandma’s Hands.”

Which is your favorite take on this 90’s r&b classic?