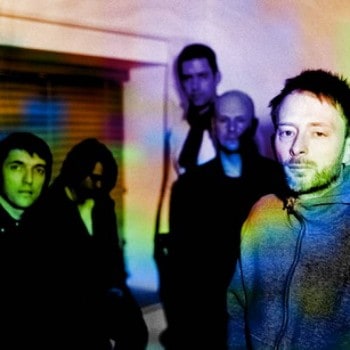 Today’s Served Three Ways is a special one for me. Radiohead have been my favorite band for over 15 years now. I’ve seen them numerous times including gigs in Oxford, England; Toronto, Canada; Cleveland Ohio; and both San Francisco & Berkeley, California (amongst other places). Tomorrow I’m heading down to San Jose with Robert from See The Leaves to see them again. So today’s Served Three Ways is a little nod to tomorrow’s show. Today’s track, “Exit Music (For A Film)” was written by the band for the closing credits of Baz Luhrmann’s Romeo & Juliet. Yorke explained his inspiration for the track’s lyrics: “I saw the Zeffirelli version when I was 13 and I cried my eyes out, because I couldn’t understand why, the morning after they shagged, they didn’t just run away. The song is written for two people who should run away before all the bad stuff starts.” The track subsequently appeared on the band’s 1997 masterpiece, OK Computer.

In my opinion, Radiohead is not an easy band to cover, but I think each of these three covers do an admirable job. What do you think? Here is the original.