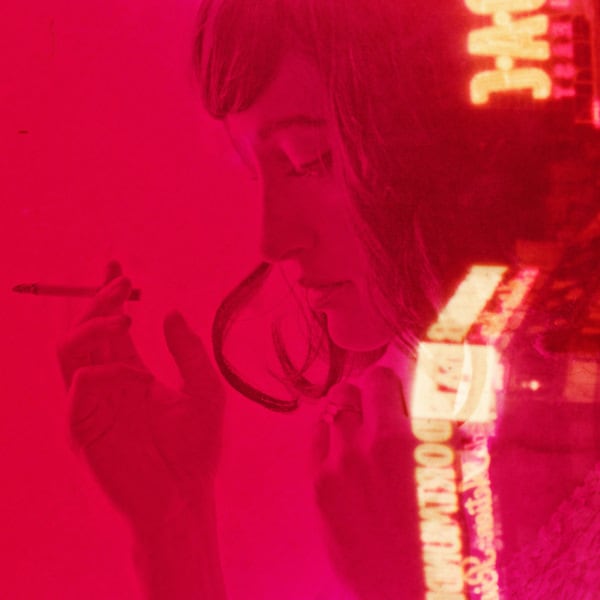 Like every other music blogger/critic since the dawn of the recording age, I love compiling year end lists. Nonetheless, while I enjoy putting together the ubiquitous “Best Albums of the Year” list (which will be coming closer to the end of the year), it’s my “Best 7″ Vinyl Singles” list that is my favorite. By checking out the tracks on our list this year, you’ll get a sense of some of the hottest bands to watch in the coming year. You’ll also get a sense of where bands like The National, for example, are moving creatively and what you can probably expect from their next album. After putting some thought into the best 7″ singles I’d hear this year, I’ve compiled my list of some of 2011’s most essential 7″ vinyl singles.

When I consider vinyl singles for inclusion on this list, I automatically remove from my consideration any tracks from that single that appear on another vinyl release. For example, the track “Gun Shy” on Widowspeak’s Gun Shy/Wicked Game 7″ also appears on the band’s debut album which is available in beautiful vinyl edition. Therefore, I treated the single as if it only included their cover of Chris Isaak’s “Wicked Game” when deciding whether to include it on this list. Because that track is itself worth buying the single for, the single still makes my list. Otherwise, as with any other year end list worth creating, the emphasis is on whether or not the single features awesome music. If an artist released multiple singles in one year, I only featured my favorite. This list is not ranked and the singles appear in no particular order. I’ve provided my comments about some of the singles below the list.

17. The Limiñanas – (I’ve Got) Trouble In Mind
(Stream not available)


My Comments About The Singles

1.   As a fan of The National, the “Exile Vilify” / “Think You Can Wait” single was a no-brainer for this list. Both tracks are stunning and could have been considered highlights on a full length release. The single is pressed on clear vinyl and includes a digital download of the tracks. It’s only available from the band’s online store.

2.  Washed Out’s “Belong” / “Phone Call” 7″ was limited to 700 copies and was only available to people who purchased his latest album Within And Without on vinyl.  It was guaranteed when you purchased the album from Sub Pop and also included with purchase from select local record stores. “Belong” was one of the first Washed Out track’s I heard, and has been a long favorite. The packaging of this single (embossed white card stock with no ink) is just beautiful. It’s definitely one of the most elegant jackets I’ve seen.

3.  Purity Ring’s “Ungirthed” 7″ was released by Transparent Records. You’d think by now I’d have realized I should just buy everything this label ever releases, and yet I managed to snooze on this one. It was limited to 300 copies and is long sold out. Both of these tracks are phenomenal, and this single highlights Purity Ring as one of the hottest bands to watch out for in 2012. Anyone have a copy they’d be willing to part with?

4.  Friends’ “I’m His Girl” single was one I had to hunt down to add to my collection. The a-side alone was enough to make this a “must have” with that swaggering, rubbery bass line and dark ambiance. Another hot band to watch for in 2012.

5.  Joywave’s “Ridge” single was the first ever vinyl release by our friends at Tympanogram. It was limited to 500 copies on white vinyl, and promises lots of awesome new music by Joywave, as well as, a bright future full of smoking hot records from Tympanogram.

6.  I pretty much fell in love with Widowspeak the moment I heard “Gun Shy.” And I fell hard. But, for the reasons explained above, it’s the cover of Chris Isaak’s “Wicked Game” that makes this single “essential.”  It’s the only version of the song I’ve heard that nearly matchs the original for sultry, smokey sexiness.

7.  I’d enjoyed Nite Jewel the first time I heard her music, but her recent output is on a different level. This limited edition single is available through the great folks at Yours Truly, features a pair of slick tracks, and includes a hand-written letter from Nite Jewel herself.

08.  I’ve definitely pegged Leisure as a band to watch in 2011. I’ve been made privy to a pair of as-of-yet unreleased tracks by the band from their forthcoming Plastic Soul LP, and I can say this band is going to be hot. Without question “Green Light” will be the first glimpse of that awesomeness for most people. You can get this one from Crash Symbols.

09. 10. & 11.  Sure some folks may cry foul because I’ve included all three of Turntable Kitchen’s vinyl singles on this list, but I’d argue that it would have been disingenuous for me not to include them. After all, these are all artists I reached out to and asked to work with us (not the other way around). I’m a vinyl collector and I’ve made sure each of these singles reflect what I love about vinyl singles. They are strictly limited edition one-pressings. They are hand-numbered. They are on sexy, colored vinyl. They feature tracks that are presently unavailable in other physical formats. Oh, and they are all very sold out. If they didn’t deserve to make this list, I would never have had them produced. The same is true for each of the singles we’ll be releasing in 2012 through the Pairings Box, and we definitely have some amazing releases lined up already.

12.  Oregon Bike Trails’ are going to be one of the new bands to own 2012. Need proof? Exhibit A is the “High School Lover” 7″ released by Father Daughter Records. This still may be the best sunny-day pop song I’d heard all year.

14.  Blake Mills’ “Hey Lover” / “Winter Song” 7″ was one of those singles that could have easily slid under my radar, but I’m so glad didn’t.  This double a-side released by Analog Edition is just overflowing with crisp, rocking slices of folk rock by the long-time contributor/session musician for Cass McCombs, Andrew Bird, Jenny Lewis and others. This is the best “overlooked” single I’ve heard all year.

15.  Tennis’ could have been sunk by the poor reviews they received for their debut album. Many of the same sites that had praised their debut singles, shrugged off the release of that full-length (including this site if I’m honest). Instead of beating themselves up over it, they went back to the studio and recorded some great tracks to release for a new single to release through Forest Family Records. This single represents a true return to form for the duo.

16.  Death Kit’s slinky, synth-heavy cut “Devadasi” is yet another must have release courtesy of the fine folks at Fort Lowell Records.

18.  Keep Shelly in Athens have proven to be one of my personal favorite new bands in the past few years. Resisting the urge to simply release a proper full length, the Athenian-duo instead have opted for releasing numerous scattered EPs, 7″ singles and digital tracks through a variety of labels and outlets. It’d be easy to overlook some of their output for this reason, but the “Hauntin’ Me” single shouldn’t be missed.

19.  Ty Segall is a consistently rewarding musician for those in the know, and the “Spiders” single is a must for any of his fans.

20.  The “Love Life” flexi-single was included with the first pressing of Girls’ Father, Son, Holy Ghost vinyl. The track is otherwise unreleased, but definitely hits the high standards the band has established with their prior releases.

21.  Night Manager serves up a piping hot slice (or is that a bowl?) of sun-shiny lo-fi on “Pizza Pasta.” A great record to add to your collection.

22.  Super Wild Horses? Check. Reading Rainbow? Check. Yup, this single from the Hozac Records‘ Hookup Klub, Round 2, pretty much has it all.

23.  Apache Droupout’s “Shot Down” is another startlingly good single from Trouble In Mind Records.

24.  This collection of playable book of flexi singles features Ty Segall, Michael Cronin, Fresh & Onlys, Thee Oh Sees, Bare Wires & Blasted Canyons.  That is all you really need to know to understand why you need this.

25.  Colleen Green is another one of our favorite new artists to watch in 2012. This first EP by the Oakland, California is a great first offering from the up-and-coming new rocker.