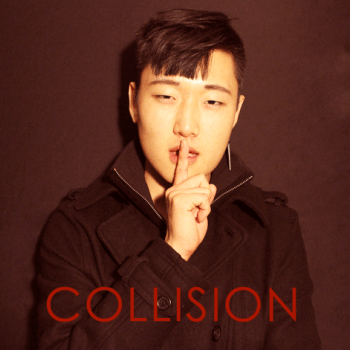 We first introduced you to the blown-out, pop grooves of San Francisco’s Jhameel back in August of this year when I first encountered his EP The Human Condition.  At the time I really enjoyed what I heard, but if I’m being honest, I wasn’t ready to fully commit myself to his music. The track “Shut Up” was a huge highlight from our August 2011 mix and helped convince me that this dude had more great songs in him. If any doubts remained, they are thoroughly put to rest by the first single from his new music series, WAVES, titled “Collision.” The track is another slick, yet debased pop gem from the man that plays off the interplay between dangerous and clean-cut. Although he is convincing when he sings to his lover “you should be treated like a lady / you should be treated like a woman / with loving and respect”, you can tell by the primal eagerness by which he sings “let me show you my respect” that his intentions are not entirely pure.

He’ll be releasing a track from the series on his Soundcloud page every Tuesday for the next several weeks.  Also visit Jhameel’s website for more updates.