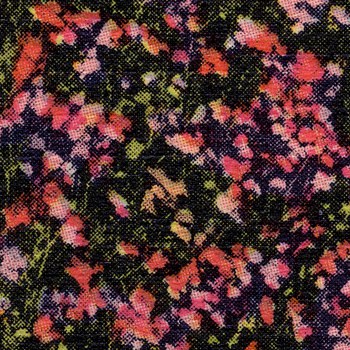 Baltimore-based musician Ricky Eat Acid (a.k.a. Sam Ray) has been hard at work recently on a number of projects, the latest of which is his april EP.  Here is what the man had to say about the project: “it’s 6 songs recorded with just guitar + piano while it rained for a long time. i was home alone with all the lights off, playing around with different ways to record to get the most out of the ambient noise/reverb/tape hiss/static/whatever else. so it’s a very ‘mood based’ group of songs. i love april, and i love rain, so i wanted to write something to go along with it. very much inspired by rain, ghosts, birthdays.”  Sparse, moody, evocative and hauntingly ambient – it definitely reveals another side of Ricky Eat Acid as a musician.  You may recall, I’d previously found myself hooked on his laid-back, shimmering electronic rework of Rhianna’s “Only Girl.”  And while that rework and his earlier releases are very different in style, genre and execution than april -Ricky Eat Acid has developed a very discernible signature that is easily identified in all of his music: it’s beautiful, thoughtful and affecting.  Stop by his Bandcamp page to download april and to listen to his other releases.