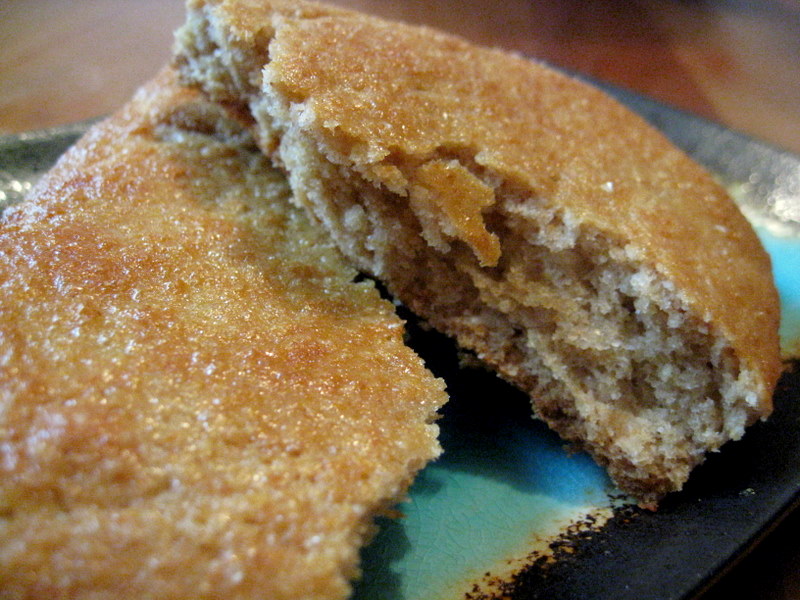 I often start my weekend mornings thinking about what I could bake. Being the two person household that we are, it usually doesn’t make sense to whip up a batch of muffins or scones (I could always head to my neighborhood bakery, too).

A few weekends, ago, I opened up my Barefoot Contessa cookbook and contemplated: why couldn’t I make scones? Sure, the original recipe makes 12-14 large scones, but who says I couldn’t make four? I quartered the recipe, and decided to make plain scones, rather than the strawberry ones that were in my book. I figured that I wanted a good base for my jam, and I didn’t want any competing flavors.

I’m not in the habit of posting about mistakes I’ve made while cooking, but I feel like I should be upfront: I’m pretty sure I over blended the dough. The recipe specifically warns about not overworking it, to create the fluffiest scones. Somehow, blatantly, I ignored her directions (Ina, why would I ever do such a thing?). My scones came out pretty well–they made for nice pictures, at least. But, they weren’t quite as ‘fluffy’ as I had been expecting. They were actually quite hearty, but not in a bad way. Perhaps it was because I used white whole wheat flour, as opposed to regular? Regardless, the recipe yielded 4 perfectly sized scones–perfect for a weekend breakfast. Without any additions, they were ideally served with jam (or clotted cream, if you want to be deliciously English). They were quite dense and doughy, yet had a somewhat delicate quality to them, too.

Next time, I’ll try to perfect them even further–and probably try some variations (like adding dried fruit to the mix). Note that I did quarter the original recipe, so the measurements aren’t as exact–feel free to refer to the original recipe, if you don’t trust my math. 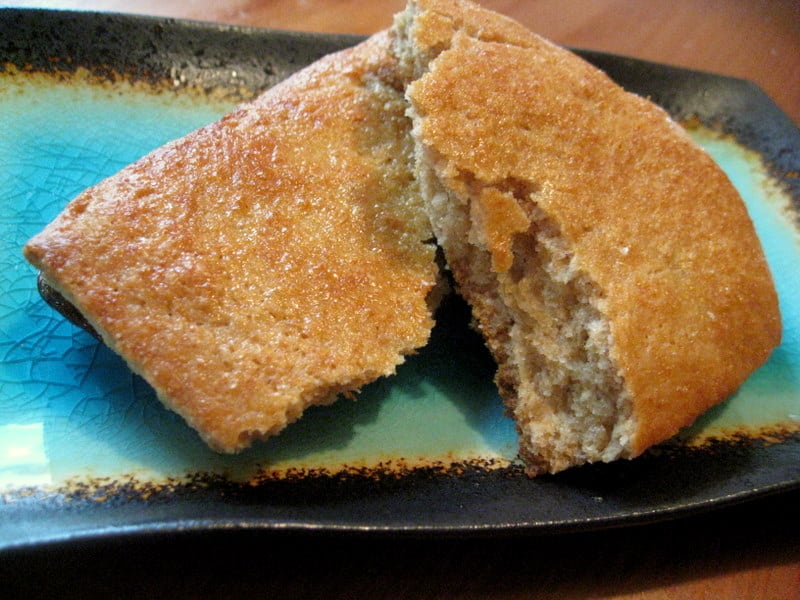 * serves 2
nocoupons
1 cup of whole wheat flour
1/2 tablespoon of sugar (plus some extra for sprinkling)
1/2 tablespoon of baking powder
1/2 teaspoon of salt
about 3/4 of a stick of butter, diced up (cold from the fridge)
1 egg, beaten lightly
1/4 cup cold heavy cream

For the egg wash:
1 egg beaten with 2 tablespoons of milk (this will make a lot, so don’t use all of it)

2. In a bowl, combine the flour, sugar, baking soda and salt. Beat with an electric mixer. Mix in the butter, until it forms into little balls.

3. Combine egg and cream, and beat them into the mixture. Don’t over mix–beat until everything is just combined.

4. Roll out the dough on a floured surface, until it is a little under an inch thick. Cut the dough into squares, and then triangles.

5. Transfer to a parchment-lined baking sheet and brush with the egg wash. Sprinkle with a little bit of sugar.

6. Bake for about 20 -25 minutes (the sides should look crisp) and the scones should be fully baked through.

So what pairs well with a scone? How about Jam? Sure you can slather your scone with strawberry or blueberry preserves if you’d like (it tastes great in fact), but I’m referring to Theophilus London’s first mixtape, Jam! His second mixtape, This Charming Man, also makes an excellent pairing, and is probably my favorite of the two releases. Mixing hip-hop, rock and electro, London crafts something that feels very new. An eccentric album that includes standouts such as an amazing remix of the classic track “Ain’t No Sunshine”; the energetic Ultraviolent which is reminiscent of an 80’s rock track; and the quirky, upbeat song Crazy Cousins–which features some really out there samples. What else could you want from a free mixtape? How about an album cover recreating Elvis Costello’s classic album, “This Year’s Model.” -Matthew

If you like that you can check our his first mixtape, Jam! here.