A Pot of Soup to Get You Going 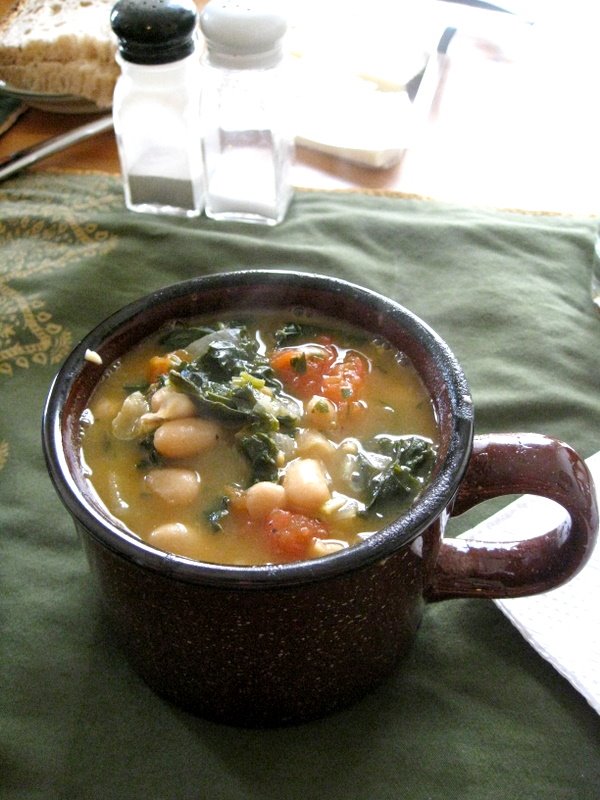 A while ago, I found this great recipe for a hearty veggie soup. While I tend to revisit my favorite recipes often, I have surprisingly only made this soup once–despite its incredibly simple list of ingredients and quick-to-table offer.

Every once in a while, I’ll go to the market and see something beautiful. Really vibrant tomatoes. Red pears. Fresh figs. Glorious green kale. This feeling probably translates to what a shoe-a-holic feels at Nordstrom’s Semi-Annual Sale. I get my kicks from produce. And unusual jarred preserves from foreign countries. I like spices, too. And fancy dark chocolates. Usually, I throw too much into my basket (which tends to get filled to the brim) and then come home thinking, “Oy, I bought too much.” Of course this past weekend was one of those times. I bought a bagful of cluster tomatoes and a bunch of fresh kale with no immediate plans for their use. 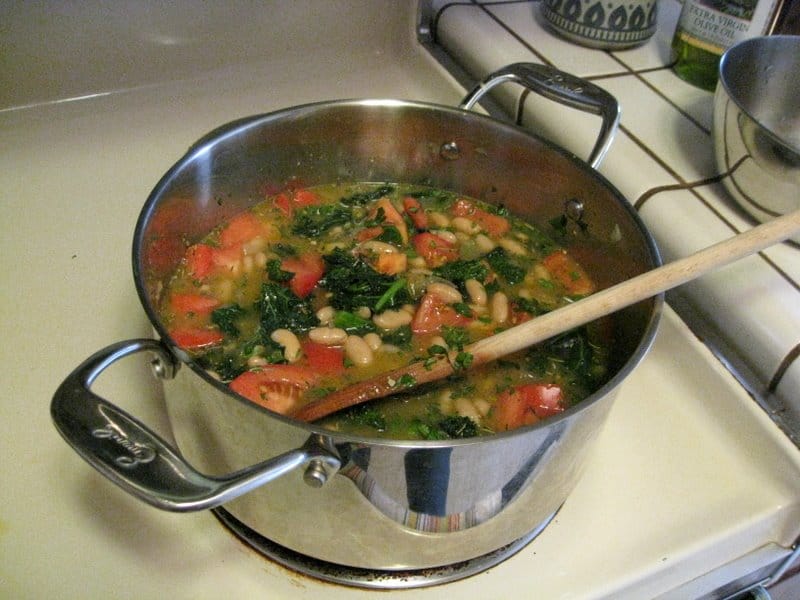 The good thing is, these types of shopping experiences often inspire action. And so, I plotted. After flipping through my little handwritten recipe book, I stumbled again upon this soup and remembered liking it very much the first time I made it. I played around with the recipe a bit and jazzed it up with some fresh herbs and spices. I also didn’t blend the soup, as recommended in the original recipe, since I always prefer a chunkier, heartier texture. So, without further ado.

You can serve this soup piping hot, with shaved Parmesan on top. Don’t forgot some yummy bread for dipping.