My Kind of Comfort 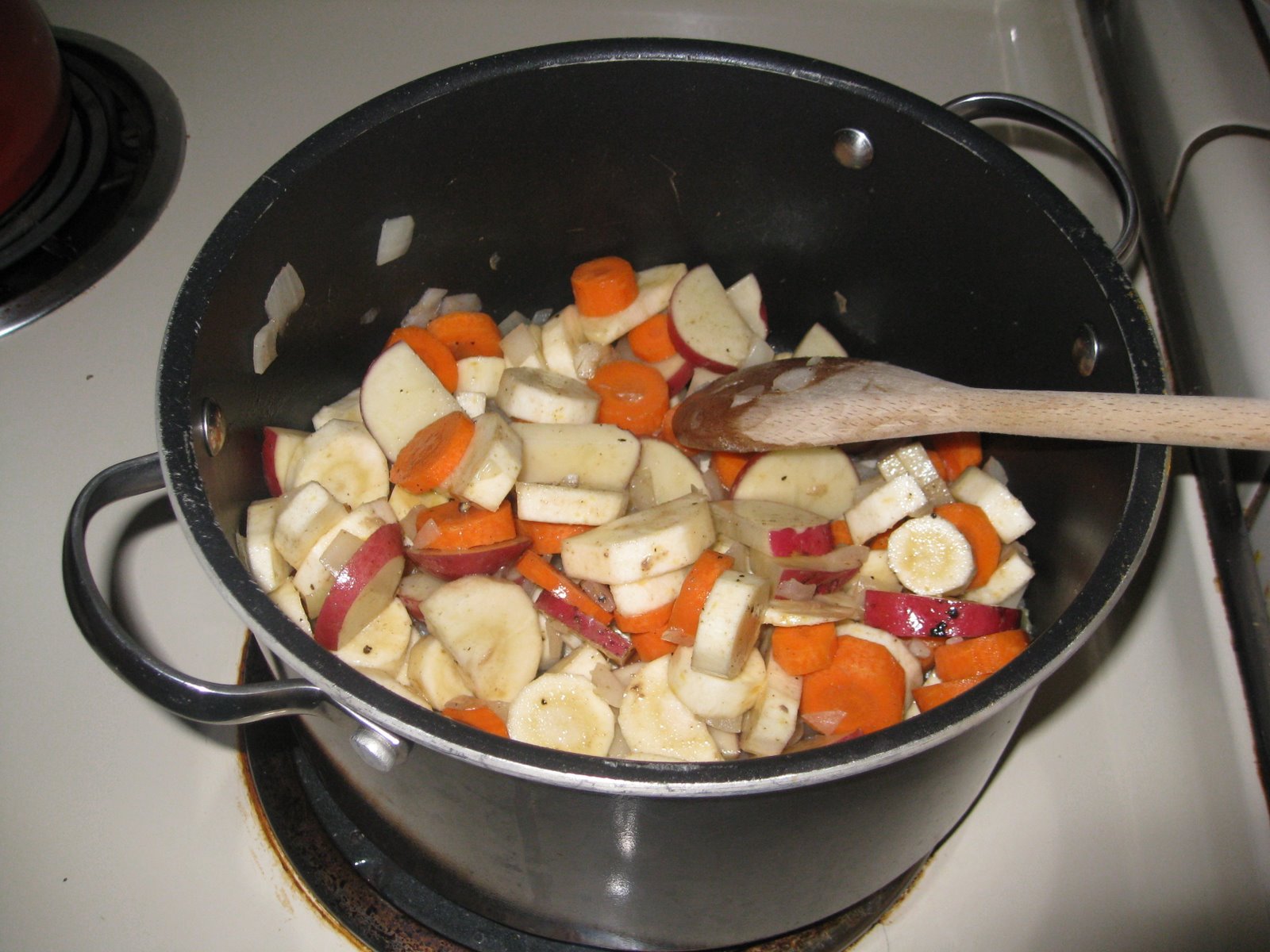 I come from a European meat and potatoes family, so American ‘comfort food’ is a far cry from anything that was served in my home. Sauteed potatoes with onions and chantrelles were and are equally beloved alongside platters of fresh vegetables, dark rye bread and simply marinated steak. My mother’s take on cooking has always been experimental and I, for one, have generally been a fan of her experiments (save one apple cake cooked with dish soap). While Mexican-style shrimp cocktails, Georgian lobbio salads and pasta have made a fair share of appearances at our dinner table, one dish that I truly associate with comfort is the beef stew. My mother’s takes on beef stew are varied. Most recently, she used sirloin steak alongside dried prunes and likely a laundry list of other ingredients.

On a recent trip to Mazatlan, Mexico, I got a taste of a mother’s milk beef stew at a tiny family-run place in a town outside of the city. The tasting inspired me and my farmer’s market’s abundance of various root vegetables sold me. I deferred to Clotilde’s recipe for beef stew with root vegetables and I must say that what I thought was a week’s worth of meals was quickly devoured in merely two days (Matt helped, but still). In retrospect, I would have probably used less potato–I found it to be a bit heavy in the dish. Dried prunes, in my opinion, would have been a marvelous addition, particularly as I used a nice red Chianti for the dish. The most tedious part of preparing the stew was the peeling and chopping. Otherwise, it sat on the stove for roughly 2.5 hours and I occasionally popped over to add more water to the mix.

I must say, the cooking process created a delicious aroma throughout my house. While my stew didn’t quite capture the flavors of my childhood, it certainly tasted good. The beef was so tender and moist, it literally fell apart in layers. The parsnips added a unique sweetness.

As winter dies down (hopefully so!) in San Francisco, I won’t likely be making stews for some time, but I’m looking forward to more experimentation in the future.

The Bounty of Spring