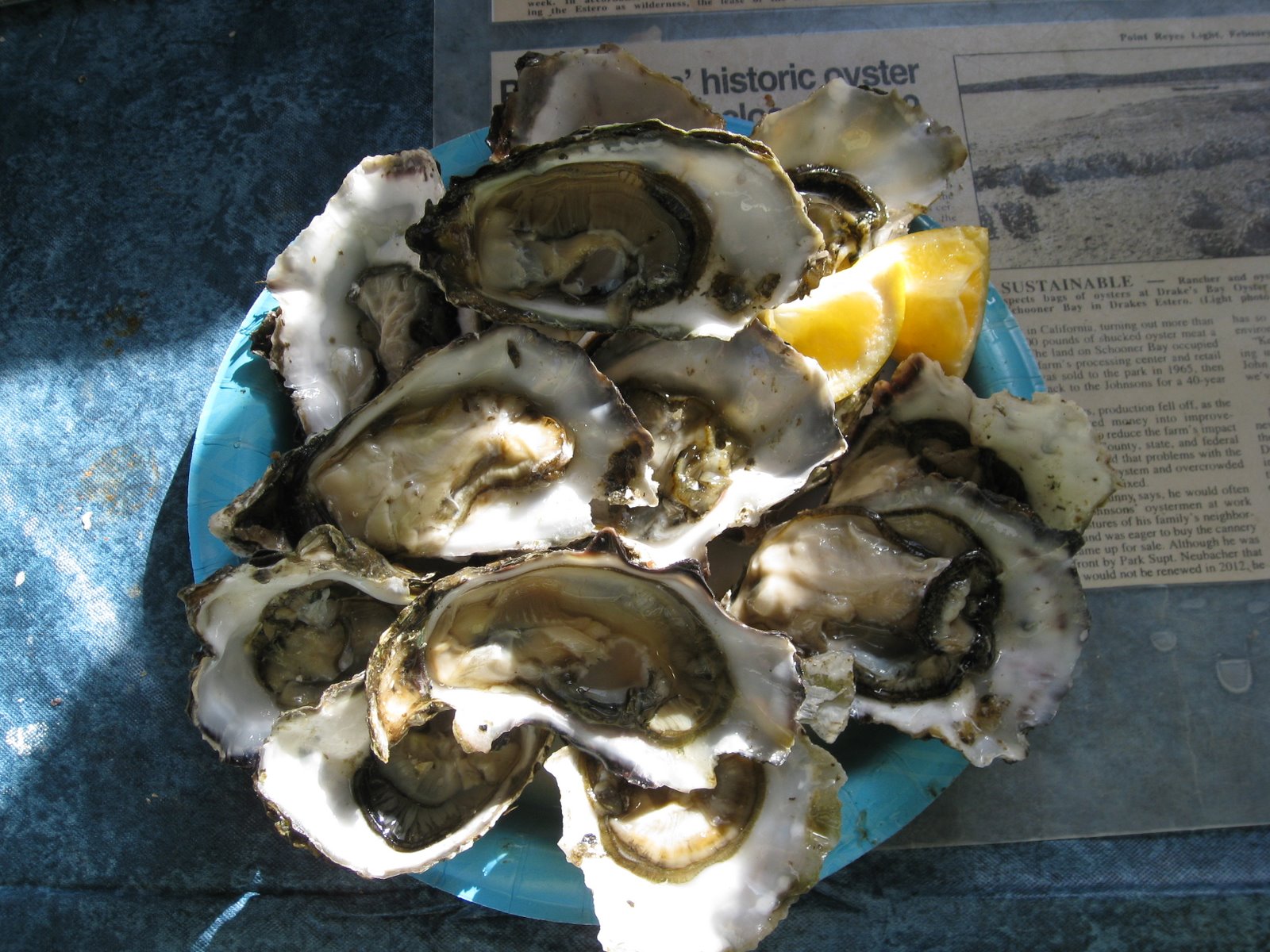 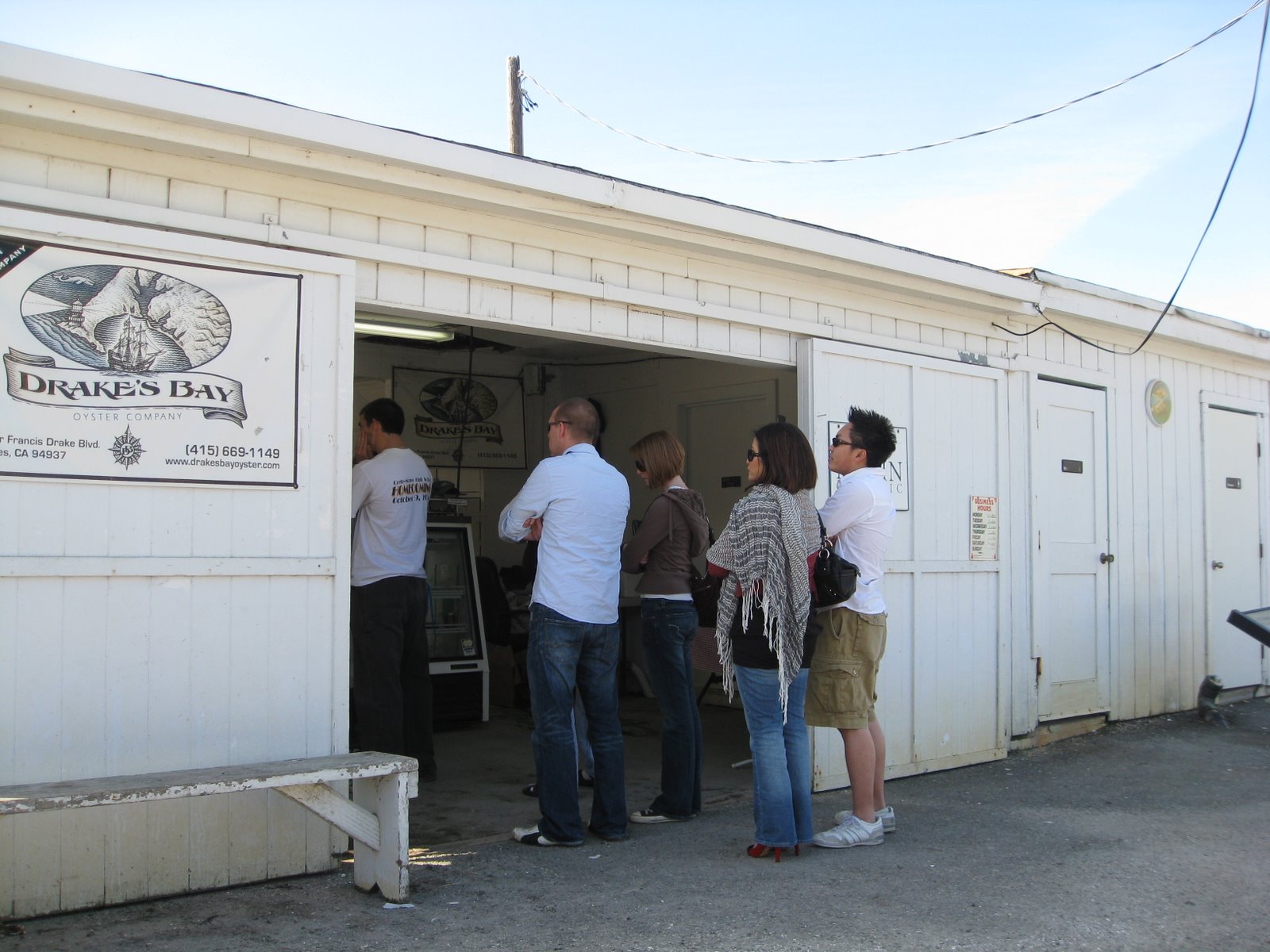 I don’t have a car in the city. Therefore, whenever I take the opportunity to rent a car, I always feel like I’ve gained some sort of amazing superpower. Not having to run on a bus schedule? Getting place three times faster? Sign me up! I definitely realize the hassles associated with having a car, so I’m not complaining. But, I also believe that there’s something to be said about being able to get out of the city and enjoying the great escapes that California has to offer.

This past weekend, Matt and I decided to rent a car and take a little adventure to Bodega Bay to visit a little shack sort of in the middle of nowhere and experience the raw experience of oysters.

Drake’s Bay Oysters really is an industrial-type oyster farm up a dirt road. Behind the shack, oysters are farmed in crates and are brought in to distribute by singles, dozens, and huge bags. The oysters come in extra small, small, medium and large. Let me tell you, having eaten oysters on several occasions at restaurants, I have never seen anything like this. Our small oysters were larger than I had ever seen before–and these were the small! For $12, we got a dozen oysters shucked for us and served on a paper plate with some lemon. While the farm has no dining room, save for one wooden table outside the facility, it does offer a good selection of sauces to enjoy with your oysters. I particularly liked their house-made cocktail sauce with sage.

I must admit, at first, I was a little afraid, but as I swallowed my first one, I realized what the fuss was all about! The oysters were so fresh, perfectly salty and refreshing that I quickly put down all six of my share. Eating oysters is kind of a curious thing–you literally swallow the little sucker along with whatever water is trapped inside the opened shell. I really don’t think I’ll ever look at oysters in the same way away and I doubt that I’ll have oysters as fresh, large and satisfying at a restaurant. Drake’s Bay was definitely nowhere near a gourmet dining experience, but absolutely an experience that I’ll never forget.