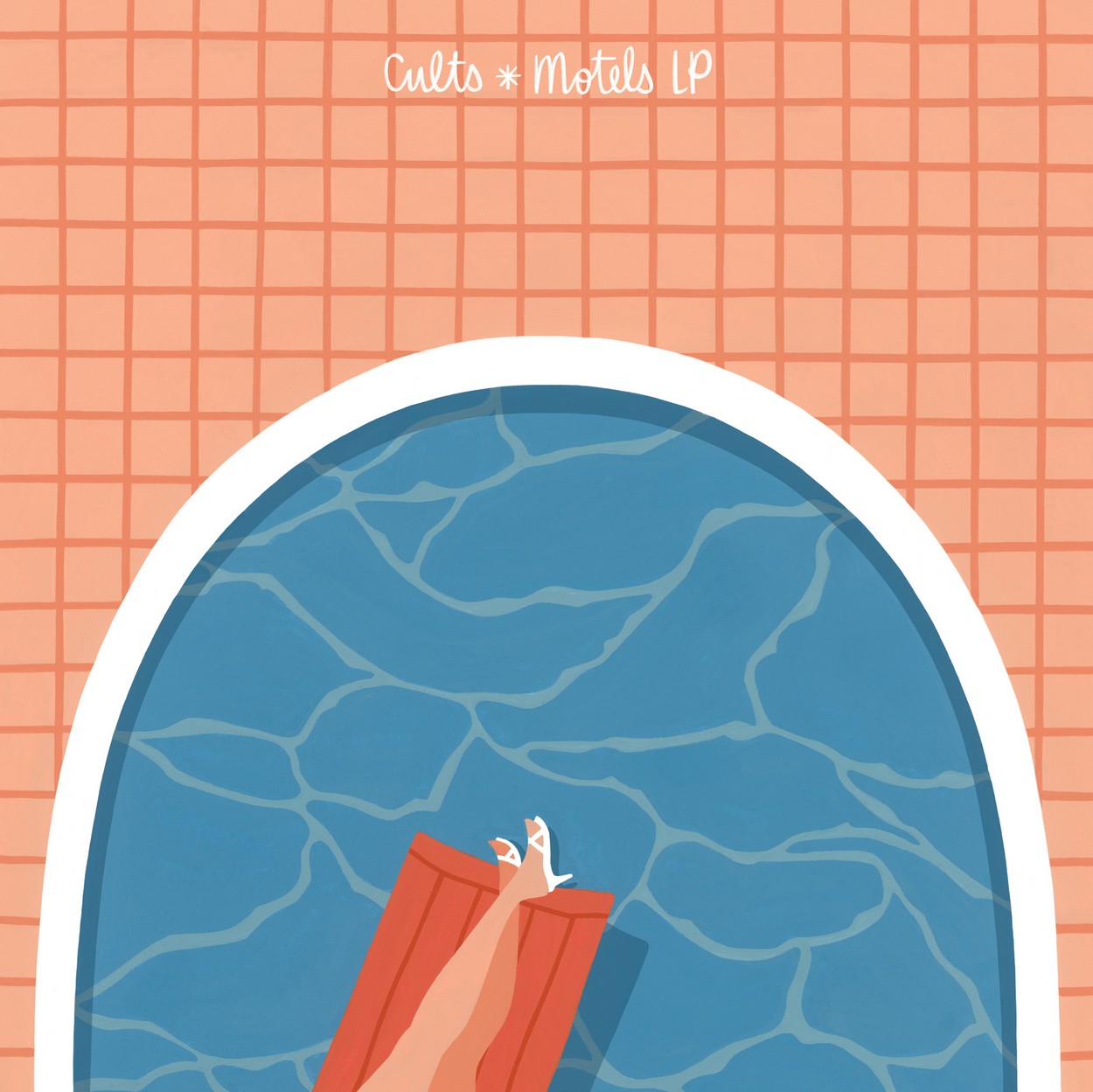 I can still remember the first time I heard Cults’ music. It was 2010 and I was on a short break from a particularly bad day at a job I hated. A friend or colleague (I can’t remember who it was honestly) sent me a link to their Bandcamp page where they’d posted three debut tracks. My day was instantly brighter. It was obsession at first listen. We literally included them on every “best of” list that we could that year and I’ve probably wore down the grooves on our copy of that vinyl.

They’ve released three full length albums since that time and our love has never diminished. From “Go Outside” to “I Took Your Picture”  – we’ve cherished everything they’ve ever released in our home.

So, as you can imagine, when they reached out to us about participating in SOUNDS DELICIOUS, we were ecstatic. It’s seriously been hard keeping this one under wraps but we’re excited to finally share the news: Cults’ are the latest featured artist in our SOUNDS DELICIOUS series and they’re covering The Motels’ self-titled debut album from start to finish.

Cults had this to say about the release:

A song begins. A guitar is gently strummed. The slow patter of drums enters to keep the beat. A woman’s voice joins singing in a desperate tone. “Every night I sit, home alone, sitting by my…” Sounds familiar right?

The casual rhyme of “alone” and “telephone” has been irresistible a long, long time. It’s easy and it makes sense now more than ever. But Martha Davis isn’t sitting around waiting for a call from a boy. She’s there “Sitting by my, radio. Just hoping that something good will come on. But it never does.”

This is one of the many subversions of classic songwriting that made us fall in love with this album. Whether she’s chastising (and reveling in) the idea of fashion on “Dressing Up” or unpacking the meaninglessness of instant pleasure on “Kix”, Martha Davis is kind of writer who sees clearly and never takes the obvious route to express hidden truths.

We found out about The Motels about seven years ago, when we were on tour with an amazing band called Total Control in Australia. We thought it was the greatest band name ever and later found out through googling that it was based off a song that came out in 1979 and was a big hit here and down under. After listening to it dozens and dozens of times we starting covering it to help lengthen our set (we had only one 33 minute album at the time!) and to pay homage to what we felt was a kindred spirit.

When we started talking to Turntable Kitchen through some friends, the idea of covering a whole album sounded like a blast. Luckily, we didn’t have to pour through our vinyl collection or have long debates about what to choose. It was gonna be ‘The Motels.’ It was one of the easiest decisions we’ve ever made as a band.

Anyway, we hope y’all enjoy our take on it. We knew we could never match the punch and raw emotionality of the original recording, so we tried to get a little weird with it. We stretched some parts out, shrunk others and took some liberties here and there. We hope y’all find it trippy and fun to listen to. We certainly had fun making it. If all this this yammering comes down to one final point it would be this.

LISTEN TO THE MOTELS. THEY ARE A GREAT BAND.

Like the artwork for both the GEMS and Pure Bathing Culture releases before it, that beautiful album jacket is designed by Seattle-based illustrator Teresa Grasseschi. Wait until you get a load of the whole spread. It’s a beaut!

Cults’ version of Motels is only available by subscribing to SOUNDS DELICIOUS. In addition to a deluxe edition for our Kickstarter supporters, it’s available on white colored vinyl for recurring subscribers and gift orders of 6-months or more (while supplies last) and on black vinyl for all other orders. As always, each copies comes packaged with a digital download of the album. Only 1000 copies were pressed in total! These are expected to begin shipping next week!

Below you can hear their take on the album’s hit single “Total Control.”

Meanwhile, if you want to hear Cults’ version of some of these tracks live and in the flesh, you can catch them at a string of gigs this August:

Oh, okay. If you want a weird little hint about our next release, I’ll share this nugget (mmm, nuggets): The Motels shared a bandmate with the artist covered in our next release. However, the bandmate in question didn’t appear on the original version of either of the albums covered for our series.

11 Things To Eat and Drink in Emilia Romagna

Our End of Summer Flash Sale