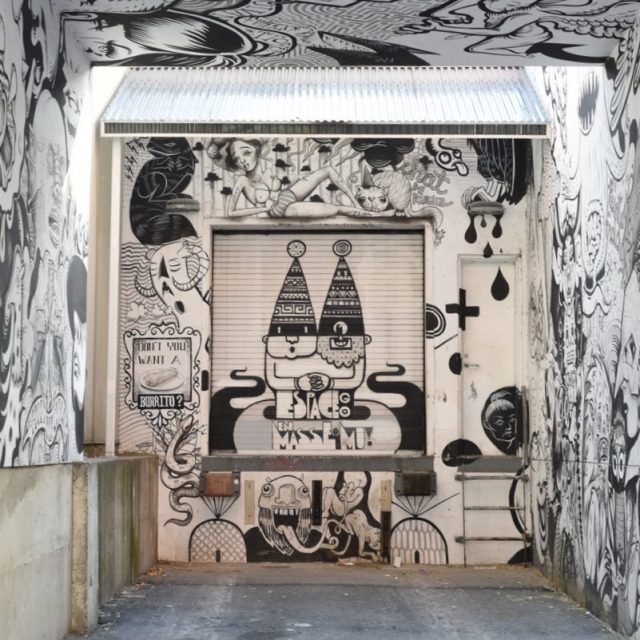 This is a sponsored post in partnership with Tourisme Montréal and QuébecOriginal. All words and opinions are our own. Thank you for supporting the brands that help us do what we do!

Kasey and I were lucky enough to spend just over 72 hours exploring the restaurants, record shops, and sights of beautiful Montreal. In fact, we’ve already shared the highlights of our trip (including call outs for our favorite restaurants, bars, and more) along with a post spotlighting our five favorite record shops we visited during our trip.

It’s fair to say that, although I’d heard good things before our visit, Montreal exceeded my every expectation. We had meals that I count among the best I’ve had in years and, from what we saw, Montreal truly embraces and cherishes its musical legacy.

This playlist was inspired by our trip and exclusively features artists with a connection to Montreal. Obviously this playlist isn’t intended to be inclusive of all of the great music hailing from the city. No cohesive playlist could accurately reflect the depth of the great music from a city like this one. Instead, this spotlights a few of our favorites alongside a few new, up-and-coming artists from The City of Festivals.

As a rule of thumb I like to avoid featuring an artist twice on a single playlist unless I have a good reason for doubling up. Here, it felt appropriate to include both Arcade Fire and Leonard Cohen twice because it really did feel like we found their presence everywhere we went.

In addition to two over-sized murals honoring Leonard Cohen, we heard his music in cafes, restaurants and as a part of a short film projected onto the side of a building honoring Montreal’s 375th anniversary. Likewise, the new Arcade Fire played everywhere we went, numerous people recommended grabbing a cocktail and grub at the band’s Haitian restaurant, and our tour guide recommended visiting the site where the band recorded Funeral.

Single Serving: Hop Along – How Simple

13 Kitchen Tools We Can’t Live Without