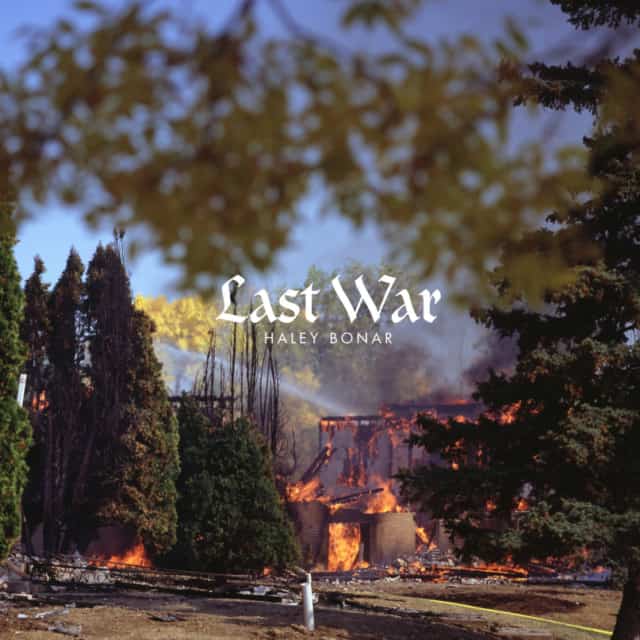 The music industry can be a difficult business. An artist can write great songs but still not find the audience they deserve. For example, despite a number of excellent releases, it took years before The National received the recognition their music warranted. Even the now widely well regarded album Alligator was a sleeper hit.

Similarly, despite a solid discography, Haley Bonar has maintained a relatively low profile over the course of her 13 year career. But, if it can reach enough ears, her new album Last War should prove to be her breakthrough. It’s certainly good enough.

After all, she already enjoys the support of a number of high profile fans. For example, she was initially “discovered” at an open mic by Low’s Alan Sparhawk. Andrew Bird asked her to contribute a feature to his album Armchair Apocrypha. And, more recently, Bon Iver‘s Justin Vernon positively gushed about the demo for “From a Cage.” Indeed, Vernon later offered his backing vocals on the album version of the tune as well as two other tracks (“Can’t Believe Our Luck” and “Eat for Free”).

For example, opening cut “Kill the Fun” is a bounding, blue-skied jam. It’s composed of a propulsive beat, glistening guitars, and a rubbery bassline to accompany Bonar as she sings about the ups and downs of a long distance relationship, “you’ll be here til morning / you will go back on the plane / go back to the world / where you never knew my name.”

Throughout, Bonar’s melodies and hooks are as sharp and direct as her lyrics. For example, raucous single “No Sensitive Man” is a catchy and bitingly funny rocker. Similarly, there’s an unexpected warmth to the glistening and chilly new wave vibe on the title track.

In fact, it’s undoubtedly because Bonar is as capable as a lyricist as she is as a songwriter that some of the album’s most endearing moments are also the least adorned (such as “From a Cage” and “Eat for Free”).

We’re pairing this one with the recipe for Grilled Halloumi with Strawberries and Herbs that Kasey is featuring in the Kitchen today. It comes from our friend Kimberley’s excellent new cookbook. The recipe is as delicious as it is original. What’s more, because it so effortlessly balances both savory and sweet, it’s a perfect Musical Pairing for Last War.