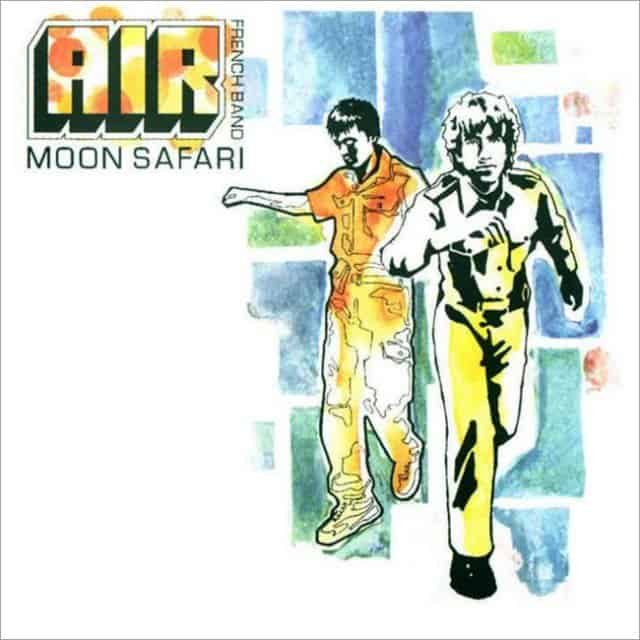 I can remember the first time I heard Air’s Moon Safari. It was Fall and I was in London with my family. My brother and I’d slipped out and quickly made our way to a local record shop. We spent what felt like hours gawking at the (to me) obscure music in their listening stations. Sure these albums may have been relatively popular there, but at the time my friends had not yet discovered any of this. I walked away with my two favorite discoveries from the new release wall: Air’s Moon Safari and Faithless’ Sunday 8PM.

I was mesmerized by both of my purchases, but especially Moon Safari. I’d never heard anything quite like it (Massive Attack was my closest point of comparison), and it just sounded like the perfect soundtrack for traveling through Europe. The spacey and atmospheric “La Femme d’Argent” would spill out of my headphones as I was hustling through a crowded Underground to board a jam-packed train. The slick, grooving “Sexy Boy” swirled around me in a whirl of gurgling synths and smooth French vocals as I wandered aimlessly through busy streets. It could sound strangely familiar and yet completely new at the same time. For example, “Sexy Boy” sounded like listening to a strange, contemporary remake of the Knight Rider theme song blended into French trip hop. I loved everything about it and there was something simply intoxicating about the fact that, as far as I knew, no one else I knew had heard this album before. It was my secret treasure, and when I got home I was eager to share it with anyone who’d listen.

It’s been a long time since I first discovered Moon Safari, but it still sounds great to my ears today. It’s funny though. Back then I would have probably classified the album as electronica, but now it sounds more like downtempo synth-heavy rock. Instead of calling to mind Massive Attack, I hear Serge Gainsbourg. And although it doesn’t sound quite as futuristic to me as it did then, it’s not hard at all to slip back into that time and place when I first discovered it.

Moon Safari, like Kasey’s Asian Pear and Rosemary Sparklers, is effervescent and bubbly. It’s like a breeze of cool air on a warm day. Together they are perfect musical pairings for a laid back afternoon relaxing and keeping cool. Pour yourself a drink (I won’t tell anyone if you want to spike yours) and throw on Moon Safari. You might just float away.

Single Serving: GEMS – All I Ever