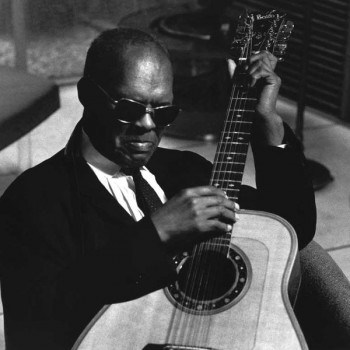 There are at least two popular, well-known tunes that sport the name “Cocaine Blues”. The first of the two is the tune made popular by Johnny Cash which was originally by The Western Aces. The second is a popular finger-picked blues track originally laid down by Reverend Gary Davis. Today’s Served Three Ways features the latter of the two featuring covers by Keith Richards, Townes Van Zandt and Nick Drake. Born in South Carolina in 1896, Davis was a crucial figure in the Piedmont blues scene. And, indeed, his songwriting and style influenced countless musicians including Bob Dylan, Jackson Browne, Townes Van Zandt and the Grateful Dead. The voluminous covers of this tune alone are a testament to that influence. I’ll let you pick a favorite, but I will say that the Keith Richards version makes me daydream of an album compiling Richards’ take on popular blues classics. Since he’ll probably outlive our solar system I suppose he has plenty of time to consider it.

So which take best suits your tastes?

Single Serving: Divine Fits – Would That Not Be Nice / My Love Is Real