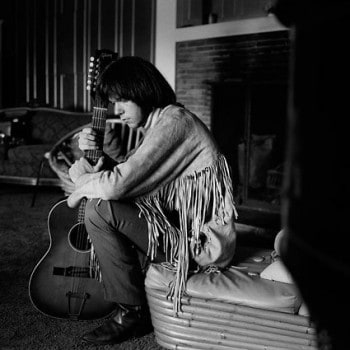 Neil Young’s On The Beach was originally released in 1974 as the follow up to the commercially and critically successful Harvest. It was raw and loose, and from the lyrics and sparse production, it’s clear that Young was in an emotionally dark place at the time. For a modern equivalent, you could compare it’s emotional bleakness to Kanye West’s 808 & Heartbreaks, except that where 808s was overproduced with autotune, On The Beach was underproduced (also: On The Beach is just a better record). We find Young here grappling with frustration, despair and, on the title track, with the pitfalls of fame. As an interesting aside: the album went out of print in vinyl format in 1980 and Young declined to release it on CD until 2003 when it was released as an HDCD. As a result it developed a cult following. Anyways, here are my three favorite covers of the title track. Reo offers the most original take on the track, but Radiohead and Golden Smog pretty much nail it.