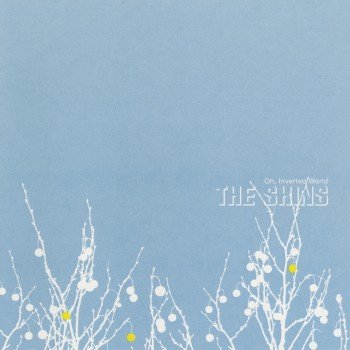 You’ve gotta try this omelette. It will change your life, I swear. OK, I admit that may be a touch of hyperbole, but the Squash Blossom Omelet Kasey is featuring in the Kitchen today is really delicious.  It is light, airy, and savory with fluffy beaten eggs and flowery squash blossoms. This is quintessential quaint cafe fare. And although it is also unlikely that The Shins’ Oh, Inverted World changed your life the first time you heard it, it is also a really great album. With light, fluffy melodies and bright, airy harmonies it creates the perfect savory musical companion to Kasey’s Squash Blossom Omelet. And as the album celebrated it’s tenth anniversary this year, if your copy has been collecting dust on the shelf, now is a great time to clean off the dust, place it on the platter and drop the needle for a fresh spin on the deck. For my part, I found that a decade later the album still sounds fresh, crisp and even occasionally surprising.

The reason it is worth revisiting, in case you’ve forgot, is that Oh, Inverted World collects some of the best, most straight-forward sunny day pop songs released by any band in the past two decades. The melodies are simple and familiar, front man James Mercer’s vocals are warm and engaging, and the ambiance is intriguing and occasionally adventurous. For example, the spacey, multi-colored sound effects that underline the catchy guitar riffs and vocals of “Caring Is Creepy” lend an air of upbeat psychedelia to what otherwise would be traditional pop-folk. Sure it is the hooks that stick with you, but it is the little sparkling acid-tinged flourishes bubbling up from under the surface that really make these songs complete. Another prime example is the extended outro from “One by One All Day” with whizzing sound effects and tribal, pounding, organic percussion. Put another way, the song begins as a Beach Boys’ jam, but ends almost as if it were an Animal Collective prototype. And Mercer’s lyrics are certainly surreal throughout the album. Take the lyrics from “New Slang” as an example: “God speed all the bakers at dawn may they all cut their thumbs, and bleed into their buns ’till they melt away.” While I’m not trying to recast Oh, Inverted World as a pop music on an acid-trip (we have the Flaming Lips and Animal Collective for that), I really do believe it is weirder than I think most people will remember. The mix of quixotic production and arrangements with pop music song writing and beautiful, lush harmonies make tracks like “Pressed in a Book” and “Girl Inform Me” fully satisfying songs.

The Shins – Pressed In a Book

If you don’t already have it, go buy Oh, Inverted World from Insound.  Then go check out the recipe for that Squash Blossom Omelet that Kasey is featuring in the Kitchen. 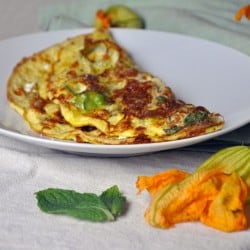