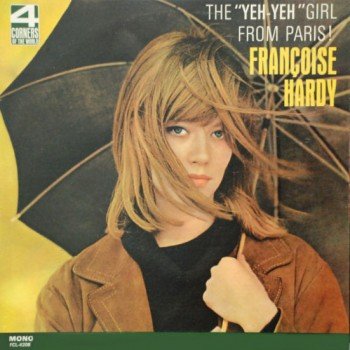 Here is how our Musical Pairings usually work: while we prepare one of Kasey’s yummy recipes I carefully sift through my collection looking for the perfect pairing. In other words, the recipe comes first and the pairing comes second. And although this time was no different, you’d be forgiven for thinking otherwise. After all, the White Peaches with Honey-Vanilla Mascarpone that Kasey is featuring in the Kitchen today taste like the perfect food pairing to accompany Françoise Hardy’s 1965 U.S. debut LP The Yeh-Yeh Girl From Paris! They certainly share a number of the same qualities.  For example, Hardy’s lovely croon, which is the focus of the album, is nearly as luscious and sweet as the white peaches used in the recipe and the album is still dripping with honeyed and velvety arrangements to highlight her upbeat voice. And, most importantly, this album completes the meal providing the perfect soundtrack to set the mood for the dish.

If you’re not familiar with Hardy’s work, this is a great place to start since the album was intended as an introduction of Hardy’s music to American audiences. It collects many of her early singles and hits including the popular “Tous les garçons et les filles” in which she sings: “All the guys and girls my age know how it feels to be happy, but I am lonely. When will I know how it feels to have someone?” As the title of the album implies, Francoise was a part of the French yé-yé style of music which was popular in the 1960s and featured cute female vocalists who sang about innocent themes and were intended to appear as naive as they were cute. A personal favorite is the “Ca A Rate” which is bouncy, adorable and grooving.  Other highlights include “Le Temps De l’Amour” and “J’suis D’Accord”.  If you want to find this one for your library, you’ll have to keep your eyes on eBay.

Head back to the Kitchen to read Kasey’s recipe for White Peaches with Honey-Vanilla Mascarpone. 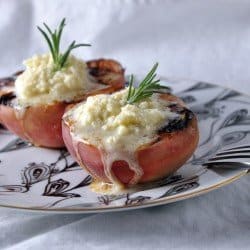