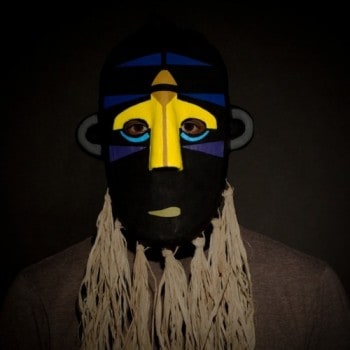 SBTRKT, (pronounced “subtract”), chose this alias because it reflects his philosophy of removing himself from the music he creates so that the music can speak for itself.  As a result, his production and song-craft is up front and center in these tracks, while the man himself remains anonymous. The album’s vocals, for example, are supplied from a small quartet of collaborators including Little Dragon’s Yukimi Nagano, Sampha, Rose Gabor, and Jessie Ware; and during his live performances SBTRKT wears a mask similar to the one pictured on the album cover to hide his face.  Nonetheless, those elements that he cannot hide, namely his song-writing and production, are immaculately-groomed and thoughtfully arranged.  His cuts are defined here by bubbly, bass-heavy rhythms, and atmospheric, luxuriantly textured melodies that flow around the largely unmanipulated voices of his collected vocalists.

Undeniably, despite his anonymity, SBTRKT’s collaborations are the highlight of the album, and yet he proves he is no diva. The voices of his collaborators are largely unmanipulated and are always given plenty of room to breathe.  Commonly referred to as “post-dubstep” and compared to folks like James Blake, SBTRKT (who also uses the alias Aaron Jerome) retains a far more inclusive sound.  Comparatively, his use of dub-heavy bass is restrained and unlike Blake, for example, he generally resists the urge to manipulate the vocal elements of his tracks.  And as a result his music is widely more danceable and accessible than some of his post-dubstep colleagues – but without mortgaging his credibility.  In fact, tracks like “Wildfire” drew plenty of attention in the music world having even caught Drake’s ear for a widely blogged remix.  If you check out the August mix you’ll also find a Drumma Boy remix of the track that includes Shabazz Palaces.  And even though it isn’t an album track, I couldn’t help share his remix of Radiohead’s “Everything In Its Right Place” (also titled as “SBTRKT – Right Place”).  Here, I found that the album was an excellent pairing for the Honey & Rosewater Tapioca Kasey is featuring in the Kitchen.  Both are bubbly, sweet, intriguingly textured and feature undistracting complexities.

Buy SBTRKT from Insound.  Then head back to the Kitchen to the recipe for Honey & Rosewater Tapioca. 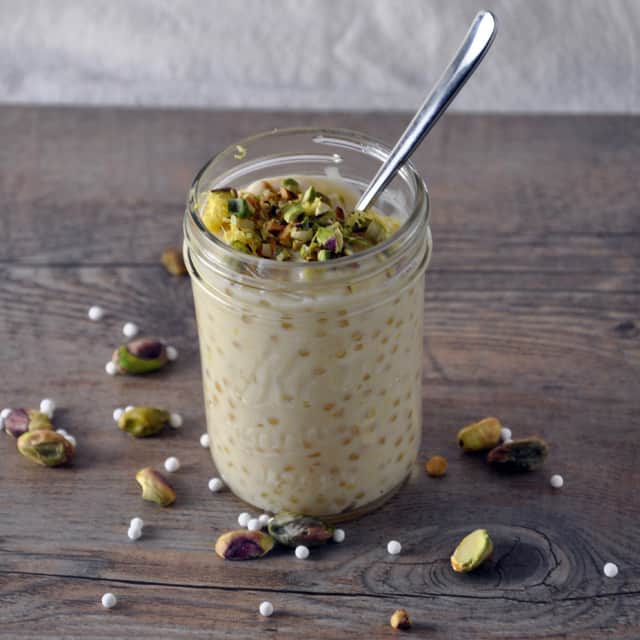