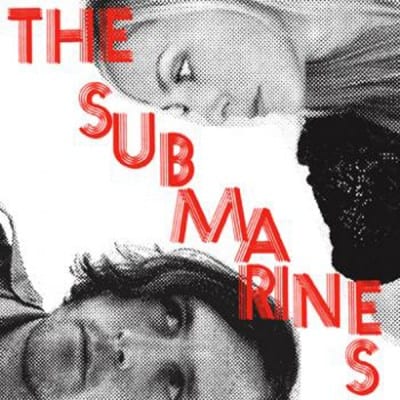 Oh, hi. You weren’t expecting me here, were you? Nevertheless…here I am. It’s Kasey. Yup, the other half of this little food/music duo. And I’m taking over the Turntable. We’re doing something a little different today. I won’t get too comfortable here, but we thought it would be fun to do a little switcheroo today.

I’m trying my hand at a Musical Pairing while Matt is walking you through a recipe (for some delicious bison ragu and homemade pappardelle, might I add). You’ll have to tell us how you think we did.

While I’m not much of a romantic when it comes to books and movies (I much prefer a grittier family drama), I sure do love a good old fashioned love story in real life. Have you read ours? Perhaps our love story is actually what inspired this pairing with Los Angeles-based band, The Submarines. I first discovered the Submarines through Pandora (on either my Feist or Sufjan Stevens channels – I can’t remember). I’ve been really digging them ever since. The band consists of two members, John Dragonetti and Blake Hazard. Blake happens to be the great-granddaughter of F. Scott Fitzgerald, the author of one of  my all-time favorite books – The Great Gatsby. The two started out as solo artists who later joined forces to form The Submarines (and began dating). After the relationship ended, they continued writing songs, separately, only to later discover that they were writing songs about each other. Long story short, the music brought them back together and their first album, Declare a New State!, was actually a compilation of the songs that they had been working on – mastered by a friend and given to them as a wedding present.

Ain’t that the love story? Both of the songs I’ve chosen to pair with the bison ragu illustrate the fights we fight for love. We live in an imperfect world, but at the end of the day, Blake sings on ‘Submarine Symphonika’ (from the album Honeysuckle Weeks): “Say it again and again / Until the whole world knows about it/ Love finds you even when/ You’ve given up.” The Submarines just released a new album, Love Notes/Letter Bombs – and the second track for you to sample (Shoelaces) is off of this new album. This couple just gets it. They mix Indie with pop in a way that can satisfy both your most die-hard hipster friend, and your stuck-in-high school older brother. They make you remember just how much you probably loved Green Day and Sublime back in the day. At least for me, this is what you listen to when you are happy or want to get happy. And there’s something about them that reminds me of us. Check out their ‘Dueling blogs‘ to see what I mean. Sadly, we just missed them playing a show in San Francisco.

A few months ago, after a particularly horrid commute home from work, I was walking from my car, tears welling up in my eyes, when a thought crossed my mind: I wish I could dig into a big bowl of my favorite comfort food: a cozy, tomato-y bowl of pasta. As soon as I opened the door to our apartment, an intoxicating smell overtook me. Matt was in the kitchen – sleeves of his dress shirt rolled up – and said simply, “I thought I’d make you some pasta. You’ve had a rough day.”

Don’t forget to “heart” our songs on hypem if you like what you hear! And then head back to the Kitchen to read today’s paired recipe. 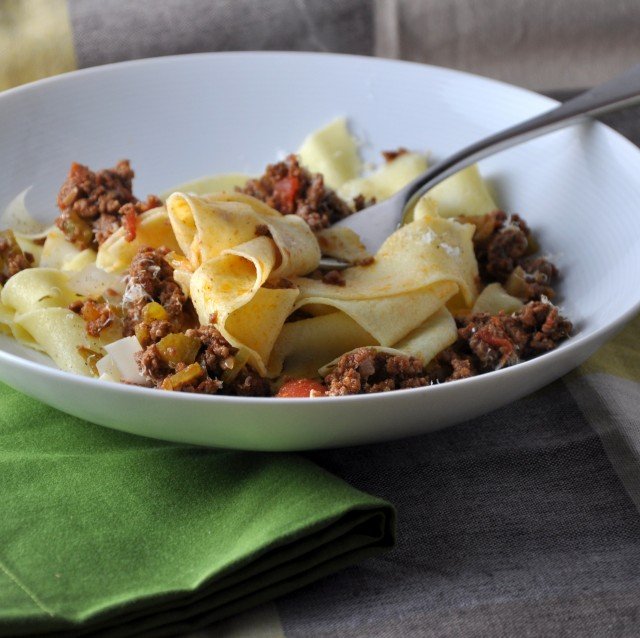