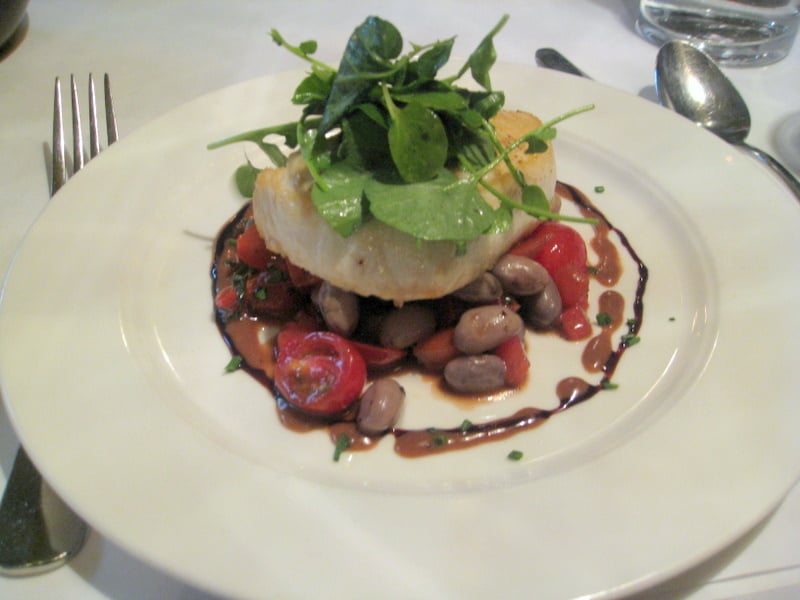 Whenever a friend suggests that we meet up after work to grab dinner at a ‘convenient location,’ it usually means downtown–especially if said dinner were to take place right after work, or with a friend that’s coming into the city via public transportation. I tend to cringe a little–not because there are no restaurants in the Financial District per se, but rather because few restaurants in the Financial District truly excite me.

I’ve sounded off on Perbacco and Gitane in entries past–both great dinner choices in downtown. But last week, I just wasn’t in the mood for a grandiose, celebratory meal. I wanted something fun, fresh, tasty, and reasonably priced. Enter: Claude Lane, one of two notable alleys (the other being Belden Place) in downtown San Francisco that transport you, instantly, to a little piece of Europe.

I was first introduced to Belden Place (which I dare say I’ve always called Belden Lane) by my mom, tastemaker that she is. This little hidden alley is easy-to-miss. Once you make that turn though, it’s all over. You’ll feel like you’ve tumbled down a rabbit hole and landed on a street in Europe. An ambiguous street, admittedly, as Belden Lane is home to one of the biggest Bastille Day celebrations in the city (at Cafe Bastille), as well as Catalan, Spanish, Italian and Basque cuisines. The alley is tightly packed, with most restaurants featuring open air tables that line the streets and come alive in the evenings.

The same is true of Claude Lane, which is home to recently-reviewed gem, Gitane, as well as Cafe Claude, a charming Parisian cafe (and jazz bar). The white table-clothed restaurant may make you think that it serves up luxuriously overpriced, tiny portions, but I was pleasantly surprised to find that the fare was good (and not minuscule), and the price was right. Most of the salads were in the $8-10 range, and plates hovered around $17-20. For my meal, I ordered the fish special of the night–butterfish over cranberry beans and a cold salad of mixed vegetables. The piece of fish was quite sizeable, and I was completely satisfied with it, sans appetizer. I really enjoyed the bed of beans and chilled veggies in a light vinaigrette. On an unusually warm San Francisco night, it was particularly refreshing.

While I cannot, in all honesty, say that this was one of the most memorable meals of my life, I think that the food was extremely fresh and tasty, and the atmosphere was just right. Also–if you know me, or have gotten to know me through this blog, you’ll know that I love bread. Love it. In fact, I’ll admit that I’d happily eat a slice of bread with nutella every day of the week. So, it’s no surprise that I am certainly partial to restaurants that take care to serve good bread. Cafe Claude certainly did right, providing an ample amount of ‘horned’ Acme baguette that was perfectly fresh.

Next time you find yourself in downtown San Francisco, whether it be for an after work meal with a friend, or a business trip, mosey on over to Claude Lane.

Local Pairings: Silian Rail – and I you, to pieces + Cafe Claude 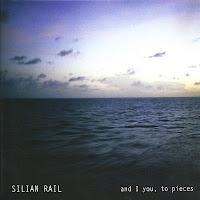 As a committed omnivore, I’m very skeptical of meals that don’t include meat or fish. That is not to say I completely eschew vegetarian meals, just that I approach these meals with lowered expectations unless there are mushrooms involved (I love mushrooms like nobody’s business). The same is true for instrumental bands. I certainly don’t dislike instrumental music (in fact, most of the best jazz and electronica is instrumental), but instrumental rock music is a tough sell for me. In other words, I approach any instrumental rock band (especially a two-piece) with the same skepticism I approach vegetarian meals. And although I can be won over, the bar has been set pretty high by the awesomeness of Ratatat, Tortoise and Tenebre. For this reason, San Francisco’s Silian Rail had a relatively steep hill to climb in order to win me over. However, after catching a recent set opening for French Miami at the Rickshaw, I was easily won over as a fan. Swing on over to Musical Pairings to read the rest of the review. –Matthew