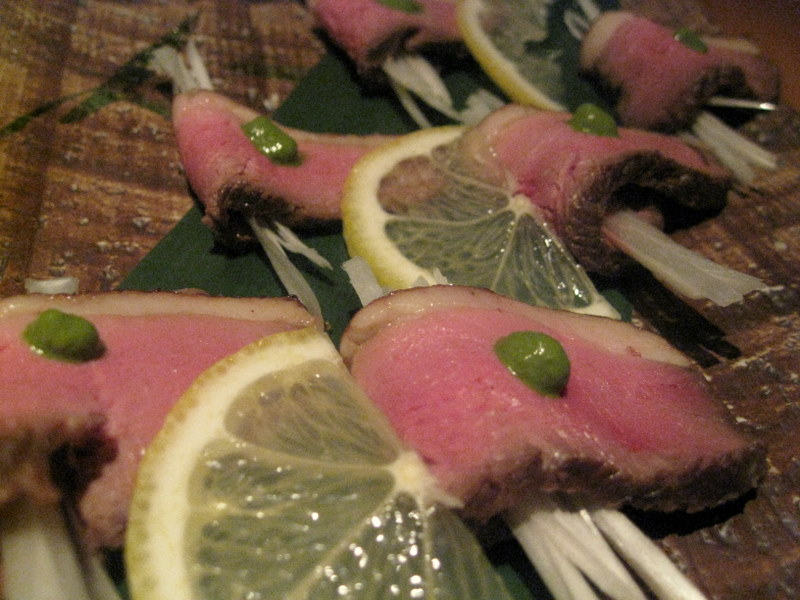 Above: Roasted duck wrapped around scallions

I have officially reached a new level of travel. That’s right, I started out the day Tuesday at my dining room table eating yogurt and granola, finished it off at dinner in New York, and literally collapsed into my bed on Wednesday night in San Francisco. I consider myself to be a relatively seasoned traveler, but spending nearly 14 hours on a plane in a period of 48 hours is a bit much–even for me.

The trip was great in that my colleagues and I had a very productive meeting with a new client and I got to enjoy a spectacular dinner with Lindsey and Miko (who’s based out of New York and is definitely in the know when it comes to cool spots). The restaurant that Miko chose to take us to was in the basement of a massive office building in Midtown Manhattan–just a few blocks away from Grand Central Station.

Impressively, the atmosphere in this office building basement was that of an underground hipster scene–Japanese businessmen, whispering couples, groups of 4-5 seated with carafes of sake. Sakagura had the absolute longest sake menu I have ever encountered in my life. I didn’t even know where to begin–perhaps it was the jet lag, the Japanese, the distinctions between differently-sized vials or the overwhelming variety. In the end, we asked for a recommendation and were happy to go with the first thing the waitress pointed at–a light and fruity variety. 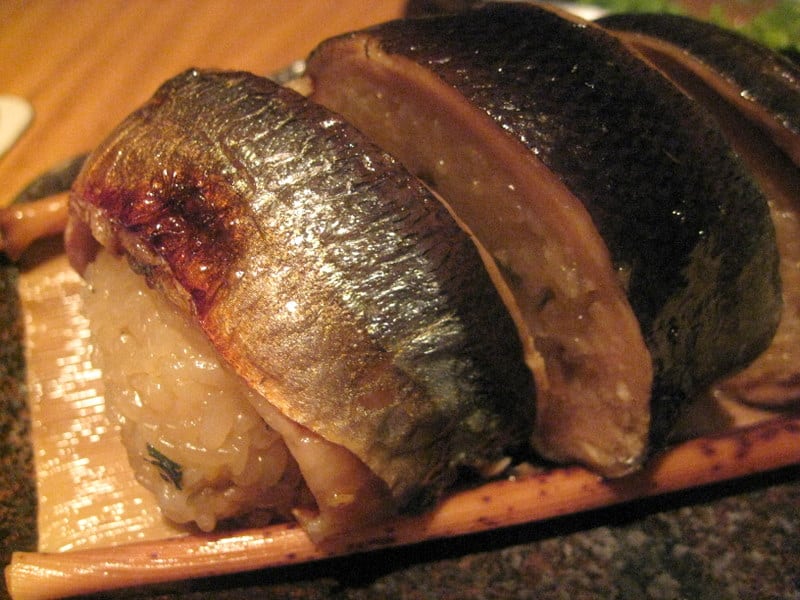 When it came time to order, we had a plan of attack: something gamy, something fishy, something meaty, and something veggie. The small-plates offerings, referred to as Izakaya, are typically served alongside drinks in a bar-like setting. I was immediately impressed by the atmosphere at this restaurant, whose Website boasts that you’ll feel like you’re stepping into Tokyo.

Every dish was literally an explosion of taste in your mouth–some light and tender (like the fluke), some with a bit more kick (the steak) and some refreshingly sweet and luscious at the same time (the eggplant). The tofu simply melted in your mouth–Lindsey compared it to custard and I fully agreed. I also loved the accent of smoky bonito, which added an additional layer. I was blown away by the duck and the eggplant–those may have been my favorite dishes of the night. Sadly, the rice balls were probably my least favorite. The rice felt a little too greasy, the fish was a bit too pungent for my taste, and all together it was definitely the kind of bar food I could skip.

Diced steak in the background; eggplant with miso in the forefront 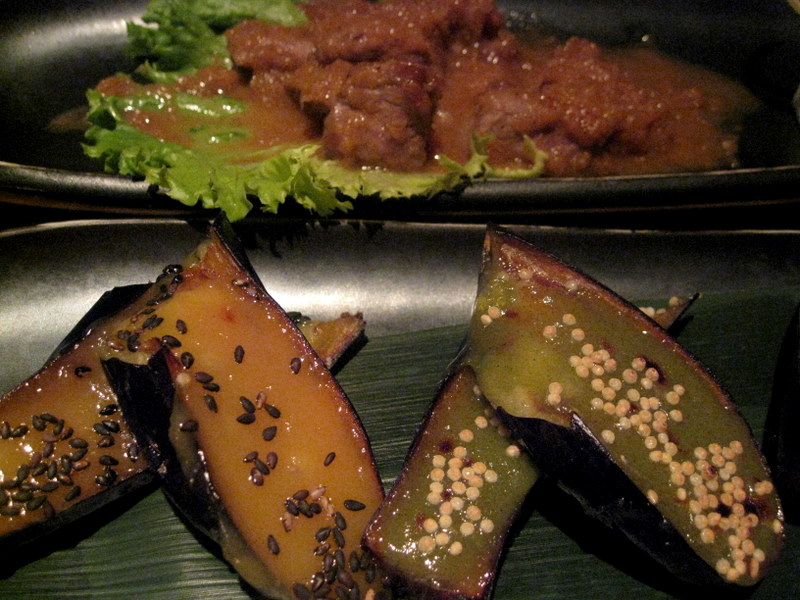 I must say, though, all of the other standout dishes really kicked it out of the park and more than made up for the rice balls. When it came to dessert, there was some hesitation (oh I’m full, I could do without…) But, as soon as conversation turned to chocolate, it wasn’t hard to point our fingers at two that sounded phenomenal: a chocolate souffle with raspberry sauce and house made vanilla bean ice cream, and the house made salted chocolate ice cream.

I rarely order dessert at a Japanese restaurant. I must admit that while I love the beautiful presentations, I’m just too much of a classical French/Italian dessert kinda gal. In this case, I’m so glad I did. The desserts only enhanced the already-fantastic dinner that we had just finished. I hope that I’m a long ways away from another one day trip to New York, but a few days, a week…I’ll definitely take it! 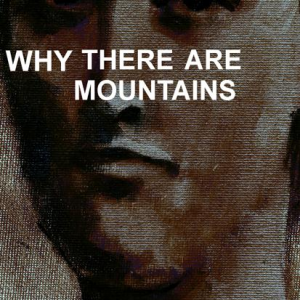 New. York. City. There are probably just way too many awesome “local pairing” options for NYC. It is staggering really. Some part of me wanted to just say “screw it” and write about the National again. And let’s be honest, so long as there are people out there who haven’t fallen in love with Alligator – it is worth my time. Nonetheless, I fought that urge. For the local pairings section I wanted to focus on smaller, lesser known artists.

There is a line in one of my favorite songs on the incredibly awesome Dark Was the Night compilation: “You’ve been humming in a daze forever / praying for Pavement to get back together.” Well, whether you have or haven’t been praying for that less-than-likely Pavement reunion, New York City’s unsigned Cymbals Eat Guitars self-released debut album Why There Are Mountains will give you a reason to be excited.

It is difficult to listen to the melodic vs. dissonant moments on album highlights like “The Living North“ or “And The Hazy Sea” and not recall Wowee Zowee or other Pavement classics. Nonetheless, Cymbals Eat Guitars offer much more than a mere Pavement rip-off. The track “Indiana” opens with a sprawling guitar fuzz that melts into a catchy, springy piano melody met by a soul-lifting horn section. It’s so much fun, it is hard not to bob your head to the tune. “Cold Spring” has received numerous comparisons already to Modest Mouse in the style of Lonesome Crowded West for very good reasons. “Wild Phoenix” sounds like a post-rock translation of country music, and despite the way that sounds, it’s actually really good.

Although there are a few misses amongst the nine tracks that make up this debut, the album is amazingly strong taken as a whole. There is no question that Cymbals Eat Guitars won’t remain an unsigned band for long. Even if Cymbals Eat Guitars’ Why There Are Mountains isn’t enough to make you quit praying for “Pavement to get back together,” it will probably make you forget about them while listening to this excellent debut album.

Head over to Obscure Sound to listen to “Indiana,” “And The Hazy Sea,” and “Cold Spring” from Cymbals Eat Guitars’ Why There Are Mountains. –Matthew