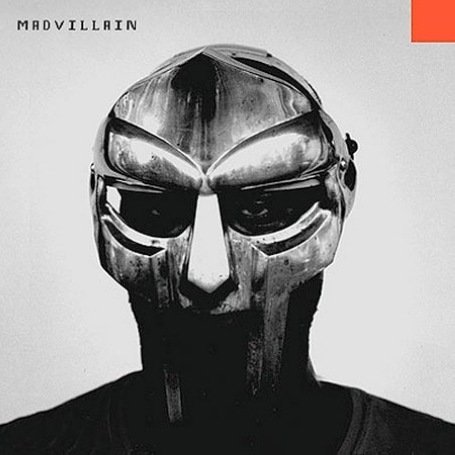 Both coffee and ice cream score very highly on a list of my favorite things in this world. Nonetheless, when I first discovered coffee flavored ice-cream (a long, long time ago), I was very skeptical. It turns out my skepticism was quite misplaced, and now it seems like an obvious pairing. Of course, a far more obvious pairing is undergroundrap’s producer/DJ Madlib and rapper MF Doom. MF Doom, whose hip-hop persona is modeled after the Marvel comics’ super-villain Dr. Doom, has mastered his own style of wry, cerebral rapping on numerous solo-albums,mixtapes and guest appearances. Madlib is a crate-digging producer/DJ/MC with an impeccable and commanding eye for detail, whose affection for jazz led to the smooth, laid-back Shades of Blue record where he was given full access to the Blue Note archives. Because their separate work demonstrated an interest in pushing against the edges of hip-hop while incorporating outside influences, a collaboration between the two extremely talented musicians promised great things. The hypnotic, thoughtful 2004 album Madvillainy is the result. Madvillainy is layered, forward-thinking and spotless.

Madlib squeaks out the first full song on Madvillainy, “Accordion,” with a looped accordion sample (what else?) supported with a laid-back beat and chill bass-line. MF Doom strolls in 19 seconds into the track and unfurls a well-phrased, brilliant verse that keeps the listener entranced without any identifiable “hook.” This is followed up on the next track, as a skeevy bass-line lurks smoking in the corner while Doom rolls out a relaxed, effortlessly-cool verse on “Meat Grinder.” Of course some songs are better than others but aside from skits, there are almost no dull moments. Highlights include the playful, trance-inducing “Figaro,” the quirky, delinquent “America’s Most Blunted,” and the phenomenal album closer “Rhinestone Cowboy.” Only three of the twenty-two tracks on the entire album exceed 3 minutes, and most fall in under two minutes. Not a song on the album feels incomplete. Instead, the songs come across controlled and precise. The music blog Ca Va Cool offers a download of Madvillain – Accordian. –Matthew